WHAT’S TRENDING ON LT
Beit Tamanna: a Dream Come True in Beirut
5 Things to Do in Akkar
5 Ultimate Spring Road-Trip Destinations
10 Things to Do in Chouf
5 Things Foreigners Should Do in Lebanon
The History Behind Beaufort Castle
Beirut’s Mesmerizing MIM Museum
10 Photos That Will Make You Fall in...
Mini Guide to Chtaura
10 Things to Do in and Around Zahle
Accommodation PicksExplore LebanonGuesthouses & Boutique HotelsNorth LebanonWhere to Sleep

Paying homage to the 1960s, Villa Chamoun is a triumph in retro cool. Here, Rony Zibara, the owner, takes us on an exclusive tour and shares the story of this magical home that’s bursting with color and positive energy. 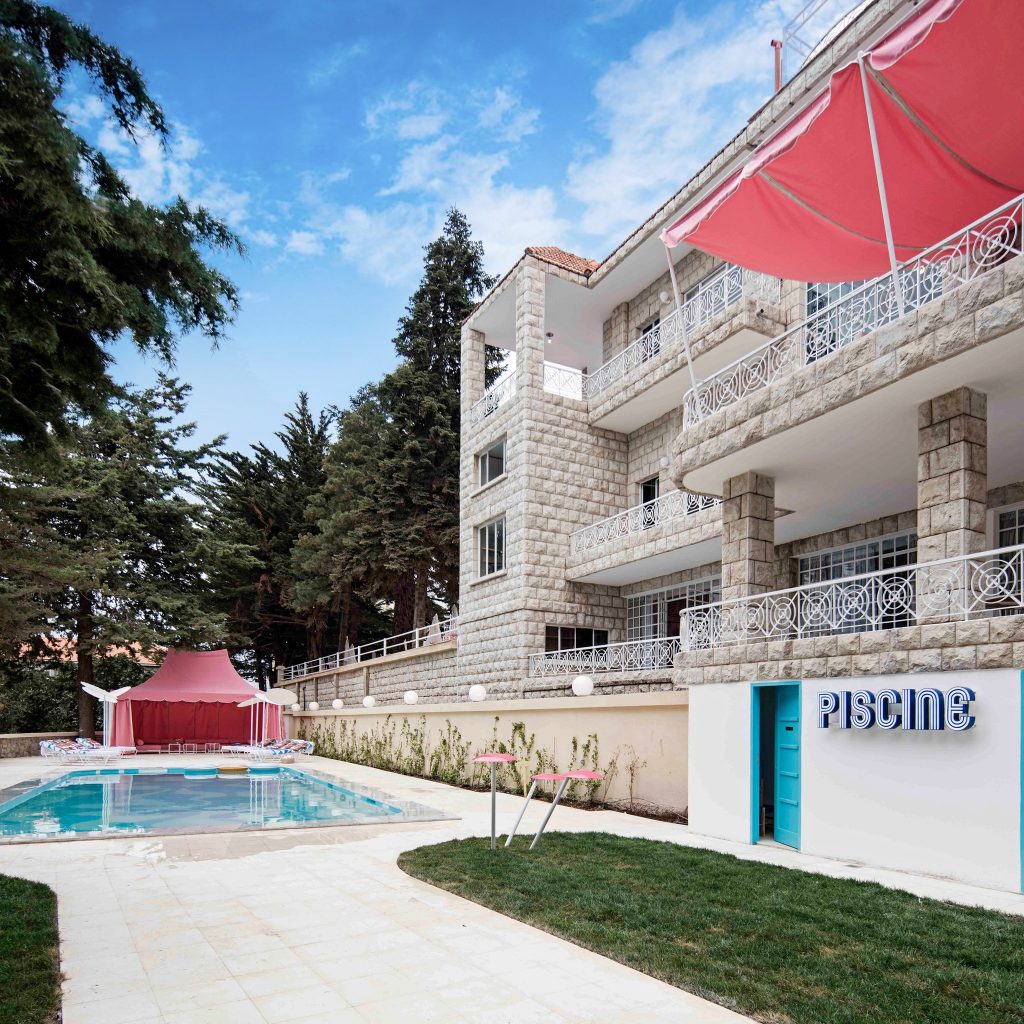 What can you tell us about the villa?

Villa Chamoun was built in 1965 by my grandfather Toufic Selim Chamoun, an inventor, mechanical engineer and industrialist. He went to the U.S. and worked at the Ford Motor Company in the 1920s, where he was heavily influenced by the architecture of Morris Lapidus as well as Frank Lloyd Wright’s style. He dismantled the stones of the family residence — a stately home built during the Ottoman era — and gave them away to the people of Hasroun. He envisioned a modernist home for his family of eight children, which he accomplished. Completed in 1965 and inaugurated by the former Lebanese president Camille Chamoun, the villa became a socio-political hub in the north, hosting foreign guests, politicians and dignitaries. It was a glamorous destination and brought life to the village and the region.

How did you come up with the concept?

Initially, it was all about renovating a family home. However, what became clear was that it would require 14 members of staff to keep it going, the way it was run by my grandfather as a family home. The family elected me to take on this project and turn Villa Chamoun into a guesthouse to protect the caliber and quality of the property, making sure the experience today is what it used to be during my grandfather’s time. I wanted to resurrect the 1960s and offer people a unique experience in Lebanon — a retro escape. 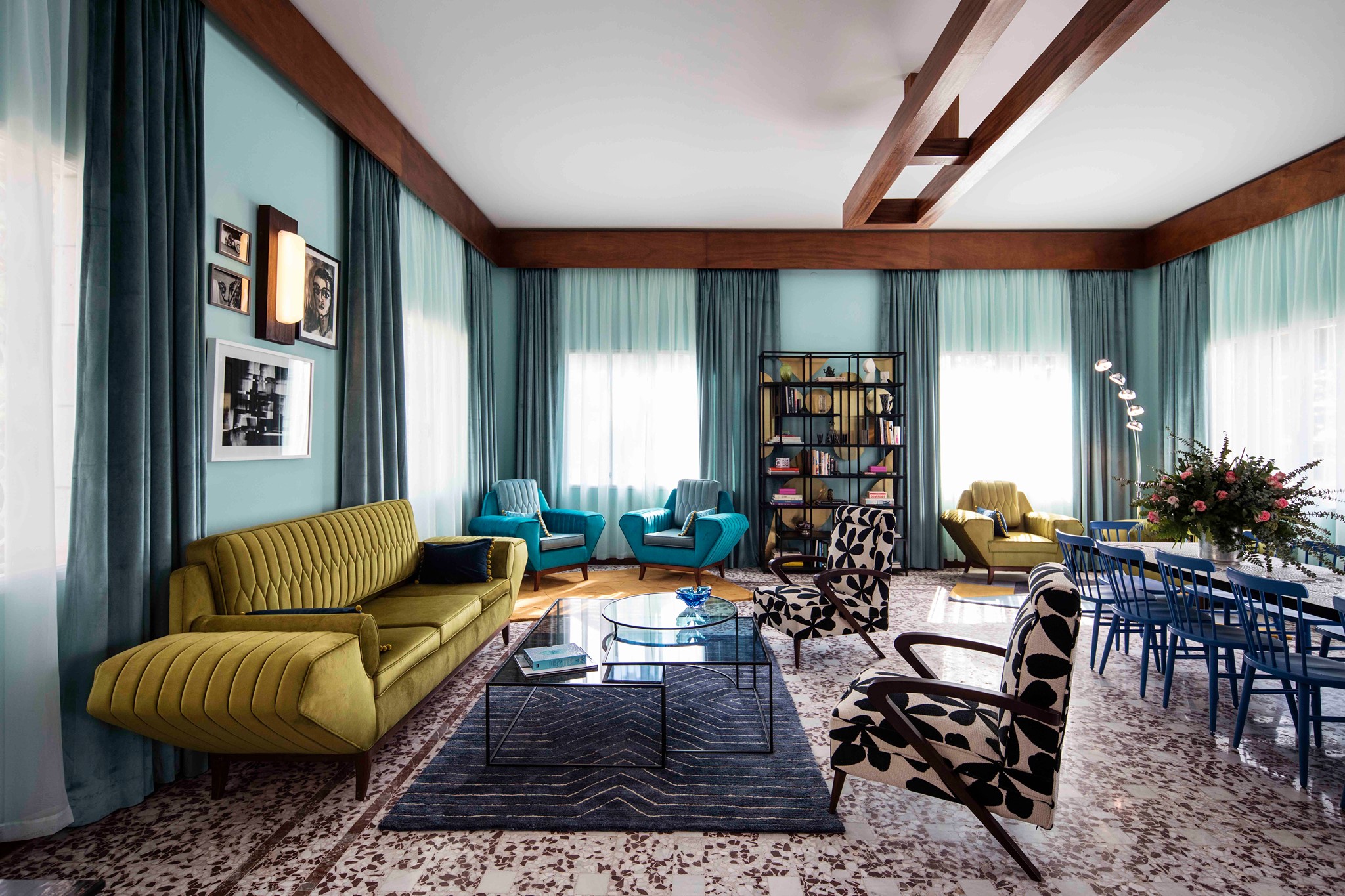 What made you decide to collaborate with Lebanese designers and creatives, including Rana Salam, Milia Maroun, Nada Debs and Fares Dagher?

These Lebanese designers are dear friends, and I have been in awe of their talents for a long time. I wanted to orchestrate a collaboration between them to bring the vision of Villa Chamoun to life. They all had the same brief of reimagining the 1960s within their respective trades. Only Nada Debs could conceptualize my memories of casual dinners in the grand salon, while it was Milia Maroun’s Kimabaya that I could see myself wearing as I wandered around the villa. Joyful childhood memories all centered on the pool, so Rana Salam being the queen of fun made this space bright and colorful. Fares Dagher’s subtle lighting design was critical in the design of the entire villa, and the cherry on top ended up being his retro mushroom lamps. 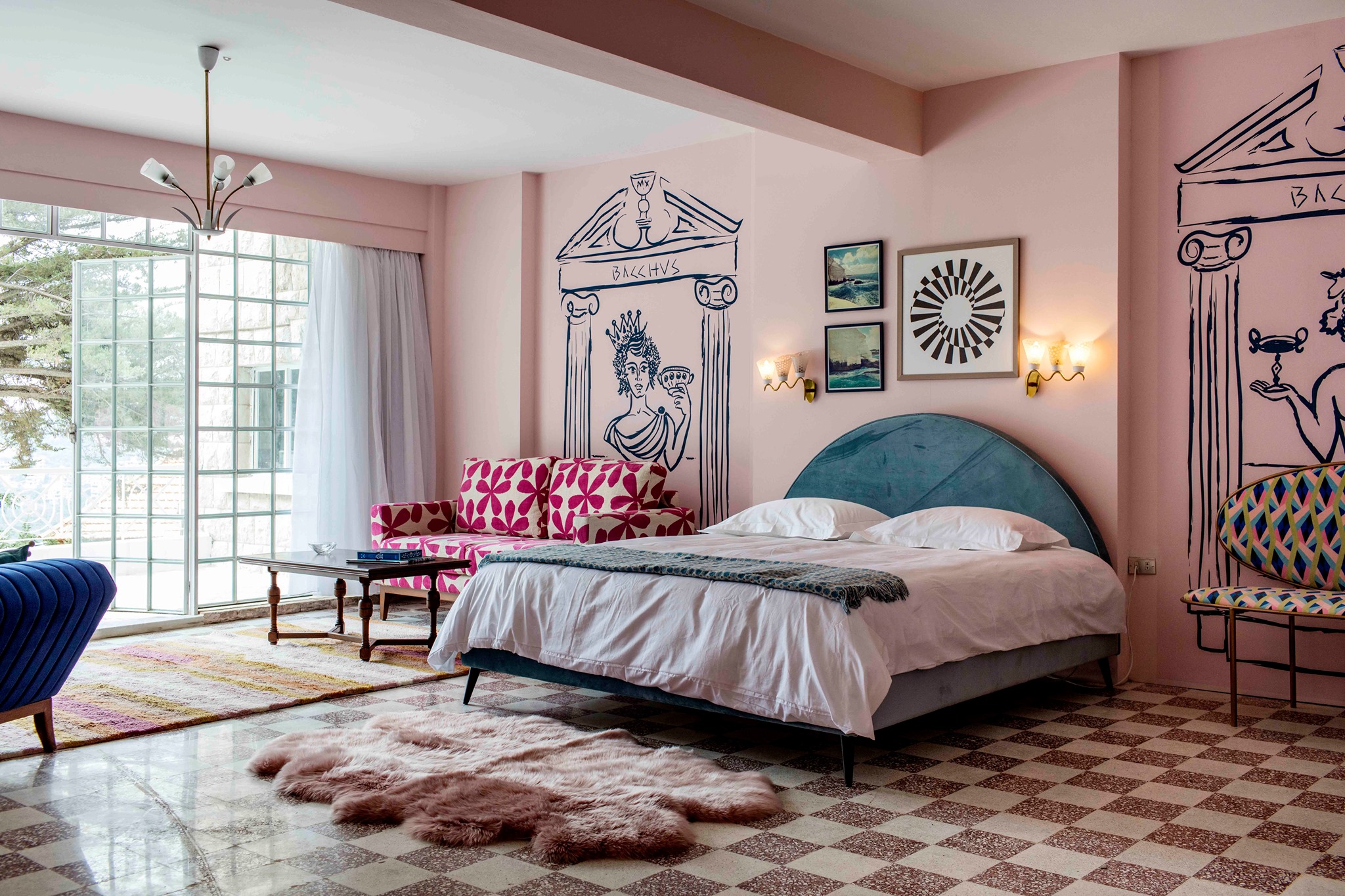 What are some of the unique features of the guesthouse?

The 1960s retro design is the underlying theme of Villa Chamoun; you truly feel like you have stepped back in time. Everything about the property, indoors and outdoors, adds to a unique experience that can only be enjoyed at the villa and in Hasroun. Bar Michel is curated by The Malt Gallery, while the catering is by Cat & Mouth, with resident chef Joseph Tawk at the helm. The rose garden, known as Les Maries-Roses, has a life-size chess board, where guests can play and learn from our chess master. The rooftop has a spectacular view of the Qadisha Valley. Furthermore,  you can get a massage, work out and star gaze at night. The pool experience comprises a unique op-art designed pool, towels and a gazebo. The Potager de Téta is a formal English-style vegetable garden for guests to pick their own produce. 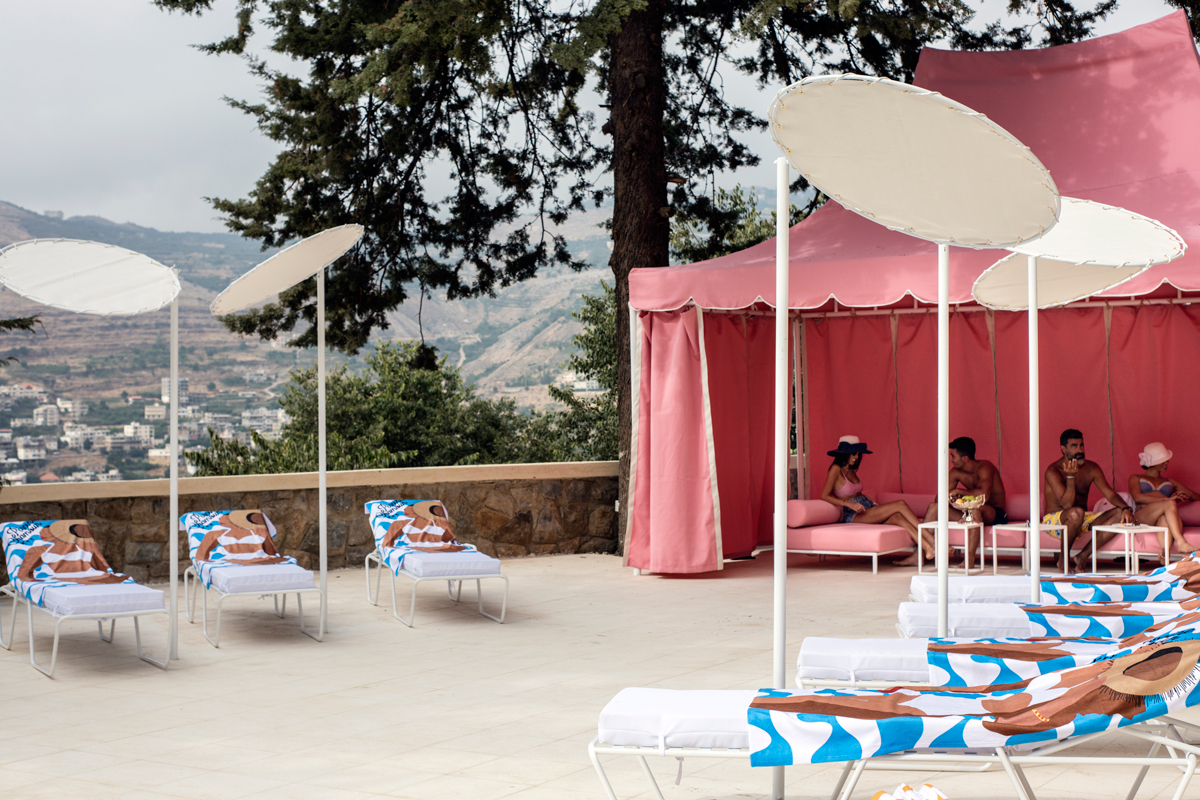 What can guests do in the area?

The village of Hasroun was coined the “Rose of the Mountain” by Alfonse Lamartine, and it is one of Lebanon’s five most beautiful villages. You can go hiking in the Qadisha Valley or the Cedars of God forest. Other activities include caving, cliff diving and hunting in the fall.  Furthermore, there are plenty of places of interest, such as the Gibran Khalil Gibran museum, the Qadisha Grotto, Jetté de Bcherri and the village of Mar Charbel, which is the highest village of Lebanon.