Note: You will receive the download link in your inbox.
Leisure & WellnessOutdoor Action

During the winter months, more

and more joggers can be seen taking

advantage of cooler temperatures and

put on her running shoes to discover

where the best routes are

Unpredictable traffic, frequently obstructed pavements, poor air quality: It is a truth universally acknowledged that Lebanon is far from ideal for joggers. Nonetheless, this country is currently experiencing a “running revolution”, as this low-cost sport proves increasingly popular among locals and visitors alike.

“Running has picked up dramatically for the past 10 years in Lebanon,” says Roger Bejani, founder of the Inter-Lebanon running club. Bejani credits the Beirut Marathon Association and a variety of running clubs that actively promote this “accessible to all” sport with popularizing running as an activity.

Indeed, 10 years after its inaugural marathon more than 36,000 people signed up to run in events organized by the Marathon Association for its 2013 edition on November 10. “Running is becoming more and more popular regardless of the season, although one can notice a significant increase in the number of runners on the Corniche around the time of the marathon preparations,” points out Marathon Association spokesperson, Elissar Mezher, referring to the city’s most well-known coastal running route.

Mezher is clear however that running is not a seasonal sport. “Running is very popular as a means of keeping fit in all months and weather conditions,” she stresses. But while there are runners aplenty in Lebanon all year round, there is simultaneously widespread agreement that conditions for jogging are far from ideal.

“Abysmal,” is the word Anthony Ussher, an active member of the Beirut Hash House Harriers Running Club and organizer of the Batroun Triathlon, chooses to describe Lebanon’s roads and traffic as they relate to joggers.

“It is somehow true that Lebanon lacks the proper infrastructure for running and other outdoor sports like biking,” concedes Mezher, referring to the absence of designated running lanes, the lack of street lighting after dark and drivers’ casual disregard for traffic lights. Ussher advises that in order to stay safe in the city, runners must be constantly aware and wear bright, highly visible clothing.

that “compared to other cities, especially

European or American, running in Beirut

is tough and may be boring.”

But, for visitors to the city with their

trainers in their suitcase, it definitely

won’t be boring to go down to the

Corniche and join Beirut’s fittest as

they pound the pavement from Ain al-

Mreisseh to the iconic Pigeon Rocks. The

Corniche is busy, and not Bejani’s favorite

route, but it does offer a run with a view

of Lebanese society: Weave between

families, cyclists and dog walkers, while

to your right daredevils leap from cliffs

above the blue Mediterranean.

For residents, for whom the Corniche’s

curiosities are a frustration, Mezher

reassures that action is being taken

to expand the number of designated

running areas in the city.

“There are some great initiatives to provide such places for runners like the new Beirut water front track by Solidere,” she says, noting also that “there are awareness campaigns being carried out by the Beirut Marathon Association and active local NGOs are advocating for running and cycling lanes and opening of public parks.”

In the meantime, runners keen to mix

running companions as much as in

several active running clubs, many of

them, including Bejani’s and Ussher’s,

all too keen to welcome newcomers

including tourists or short-term residents

the ManiaX, the road-runners’ group

of which he is a part, while Ussher of

visitors are welcome to join the group’s

excursions outside the city.

With the latter however be warned:

Their tagline is “the drinking club with

a running problem.” Although serious

athletes do participate in both their city

and mountain outings, the focus is as

much on socializing over some beers as it

is on getting in a good workout.

Traffic and track issues not withstanding,

in sunny Lebanon getting in an outdoor

jog is not often impaired by bad weather,

but on the odd occasion when it is,

it really is. Rain in Lebanon comes in

minutes and chasing the sane indoors.

be a problem – provided the deluge

“Rain is not a problem if it starts

when you’re running; it may even be

stimulating. It is a problem though when

cats and dogs. You need to be a freak

runner (and there are some) to venture

The alternative is to take to the thread

mill. If you’re not lucky enough to be

bunking at one of the city’s 5-star hotels

with a luxury gym on hand, don’t worry,

The Corniche from Ain al-Mreisseh to the

sandy shoreline at Ramlet al-Baida is a

describes the route as a “challenging 10

km run.” For those keen for an even more

extending this route back along the

coast to the Beirut Port and back to Ain

For a much shorter, but also much calmer

jog, go for a 2 km run along the Beirut

Waterfront. Here the honking of horns

recedes as the lap of the sea provides the

soundtrack to your run.

If you happen to have a permit or the

ability to gain a permit (for foreigners

this usually just involves producing your

passport at the gate) for Horsh Beirut,

running laps beneath the trees in Beirut’s

of pace from coastal routes.

Just north of Beirut at the Dbayeh

marina, Ussher says the air is fresher and

5 km loop can be accomplished. As at

the Corniche and Waterfront, this route

that takes you right along the edge of

the city limits. You begin on the Corniche

running along it until you reach Ouzai,

then turn east along Corniche al-Mazraa

following the road until you reach the

Beirut River where you head north to

Forum de Beirut before turning back

west to join up with the point you set

out from on the Corniche. Mather readily

acknowledges that this route can be

chaotic, particularly with traffic along

Corniche al-Mazraa. But, he says, “there’s

something nice about big, long loops

[and] completing exactly what was 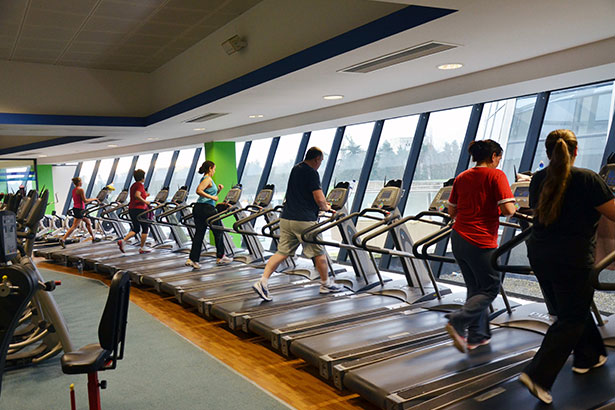 has since placed in her category

in almost every major race in the

socks and shoes, an iPod and a GPS

watch.” She carries almost nothing

some cash into her running shoes

in case she needs to stop for water

or circumstances arise that make

it necessary to take a taxi home.

For runners, particularly of the

Lebanon without the appropriate

running store in the Galaxy Mall

is owned by long distance runner

Ali Kacemi and is top notch. Given

many drivers disregard for joggers,

it is also worth reiterated Anthony

A Tour Of The Armenian Legacy Museum