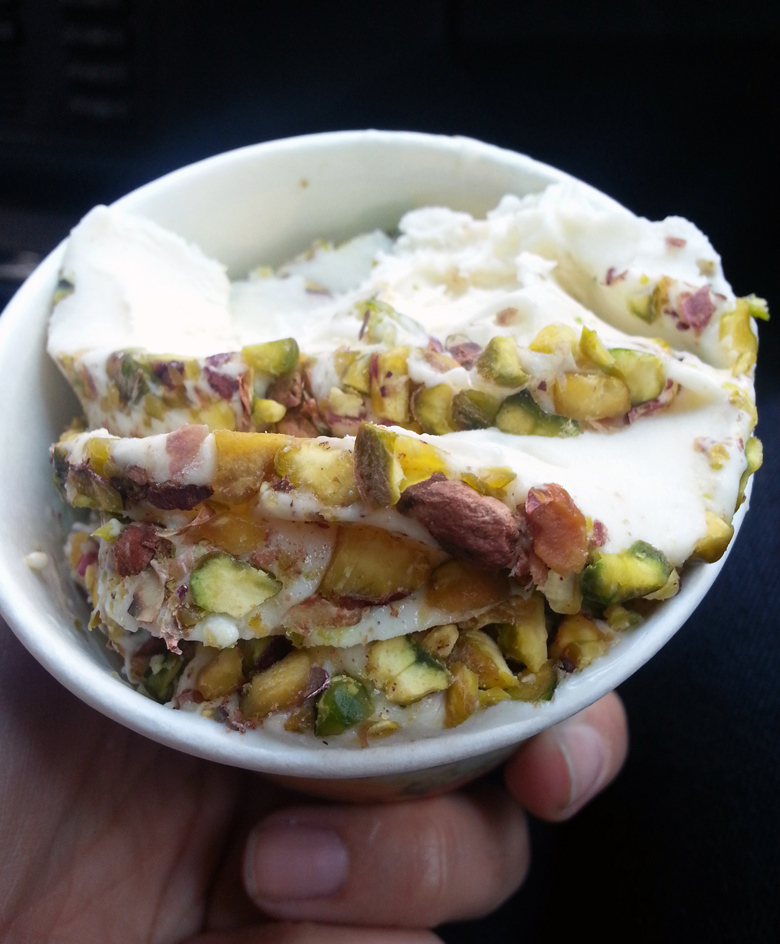 The history of ice-cream making stretches back centuries and its evolution has been extensive to become the delicacy we enjoy nowadays. From ice flavored with fruit juice or pulp to frozen milk that was sweetened with honey, fruits and nuts and thickened with starches, eggs or gums – the combinations and techniques for making ice cream in olden times were endless. 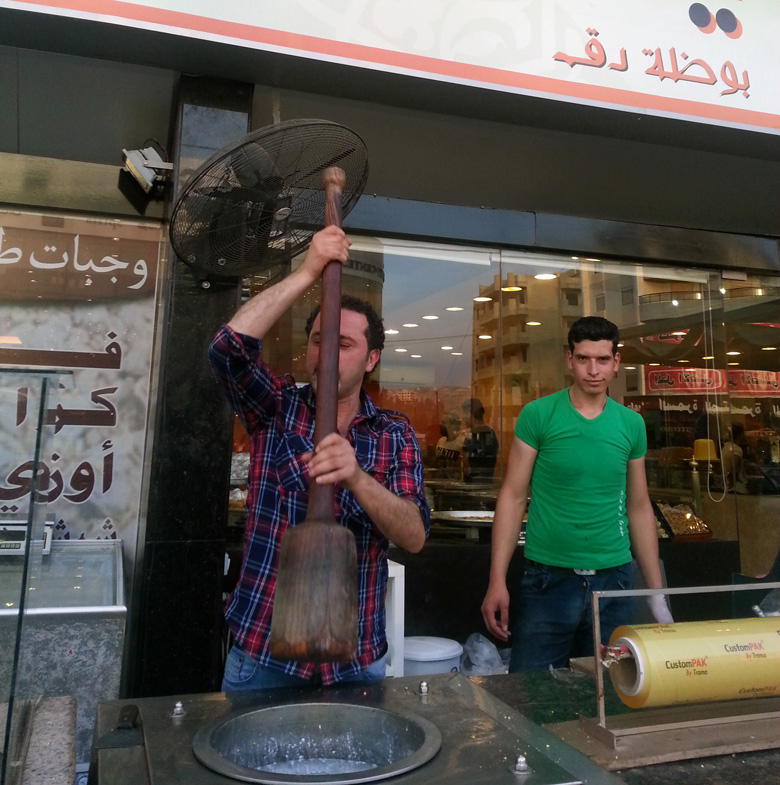 The Arab world’s connection to ice cream can be traced back to a distant past. During the Arab reign in Andalusia, ice was brought from the Sierra Nevada Mountains around present-day Granada and served as a delicacy in the court of the Caliphs, the Islamic rulers of Arab Andalusia. Flavored with fruit juices and sweetened with sugar or honey, it was a sought-after refreshment in the summer and was called sherbet, what we currently know as sorbet. For the Caliphs residing in Damascus, ice was brought from Mount Hermon to cool milk during the process of ice-cream making. 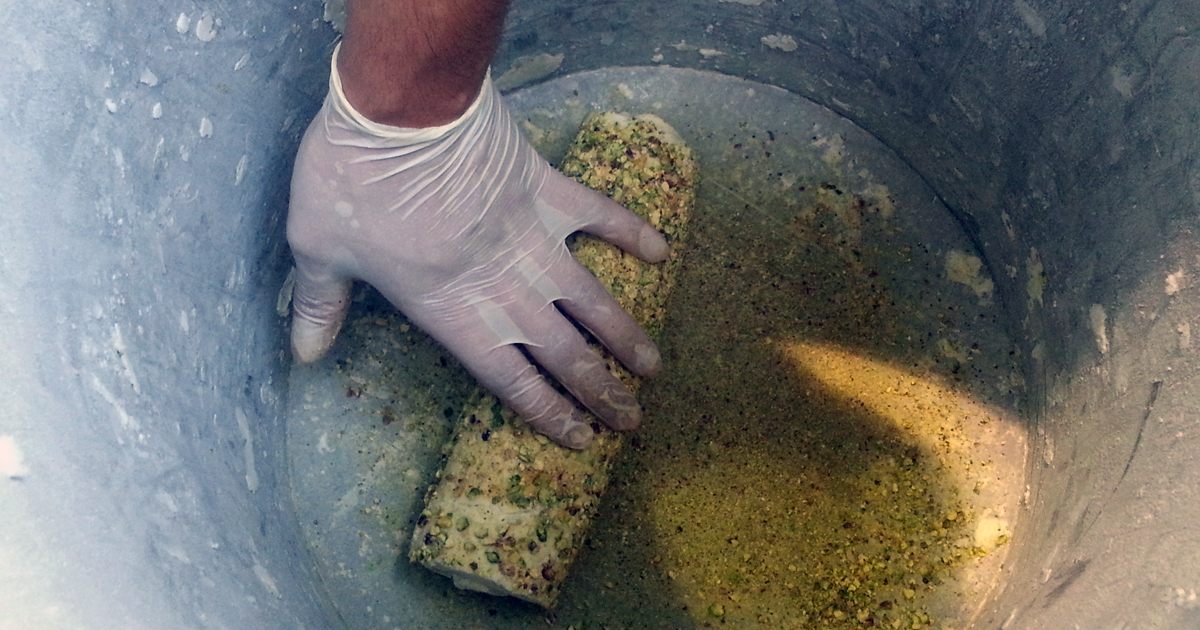 Originally the rich ice cream was called qaymaa al Arab (the Arab’s cone). Arabs have a long history of raising cattle and have always been big milk consumers. Fresh milk was placed in containers to cool overnight then transferred to other containers for heating and pasteurization. During the cold nights, the cream at the inner edges of the container would chill and thicken. The producers would then scoop it from the container walls with their hands forming a shape resembling that of a cream cone; hence the name qaymaa.

Unlike traditional ice cream in Europe, Arabic ice cream is thicker and more elastic. It mainly consists of milk, cream, salep, mastic gum and sugar. This mixture results in a rich creamy taste coupled with a gummy texture. Salep powder, extracted from the tuber of a type of orchid, helps the ice cream thicken and adds flavor. The mastic gum, a resin extracted from the mastic tree, is responsible for the chewiness as well as the flavoring of the ice cream. 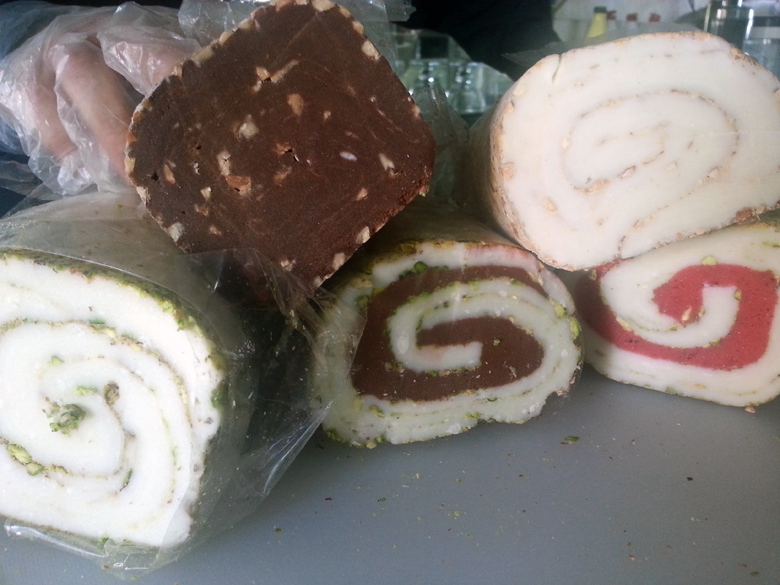 Bouzet al da’ is a traditional version of Arabic ice cream, its name referring to the manufacturing technique employed. After heating the milk with all the other ingredients, the mixture is frozen and pounded with a big wooden pestle until it reaches a thick, elastic consistency. Cream and pistachio are then added, and the ice cream is rolled in a log and coated with more shredded pistachio. 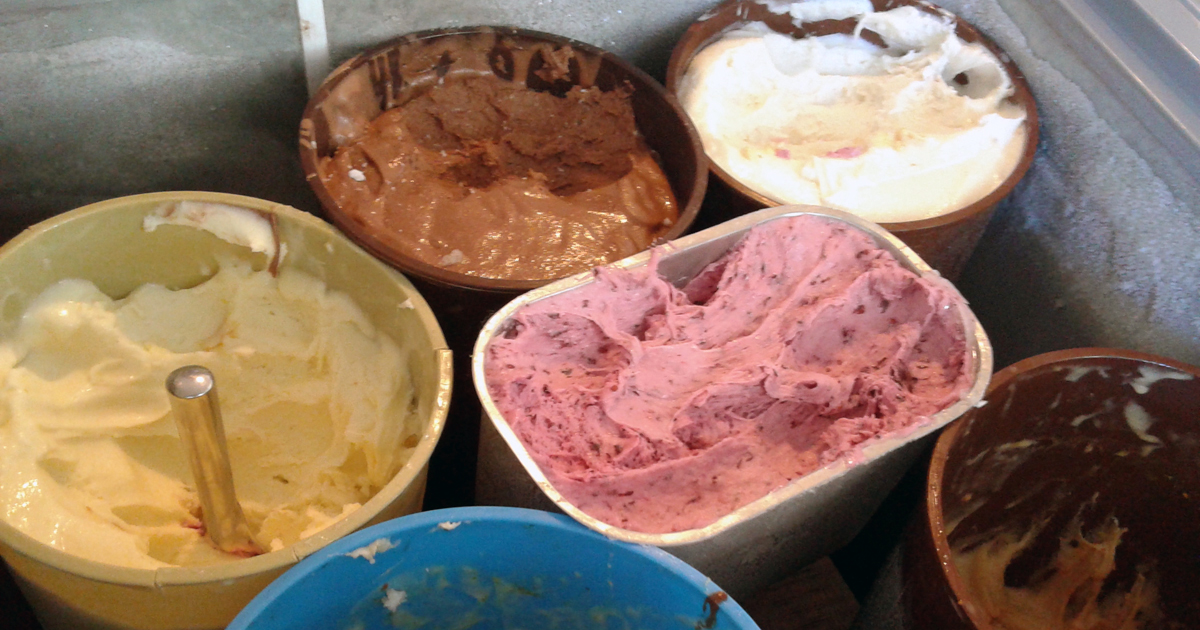 The original and most common flavor of bouzet al da’ is ashta, or clotted cream, rolled in pistachio nuts. Bouzet Al-Nashawati in Khalde experiments with unusual mixtures and flavors beyond the basic, such as bouzet al da’ made with chocolate, rolled in hazelnuts, or an original flavor made with mulberry or strawberry and rolled in pistachio or hazelnut. For lovers of regular Arabic ice cream, an array of different flavors can be found such as pistachio, cashew, almonds, hazelnuts and ashta in addition to many fruit flavors with natural fruits used in the making. In the fruit ice cream, Al-Nashawati does not use milk. 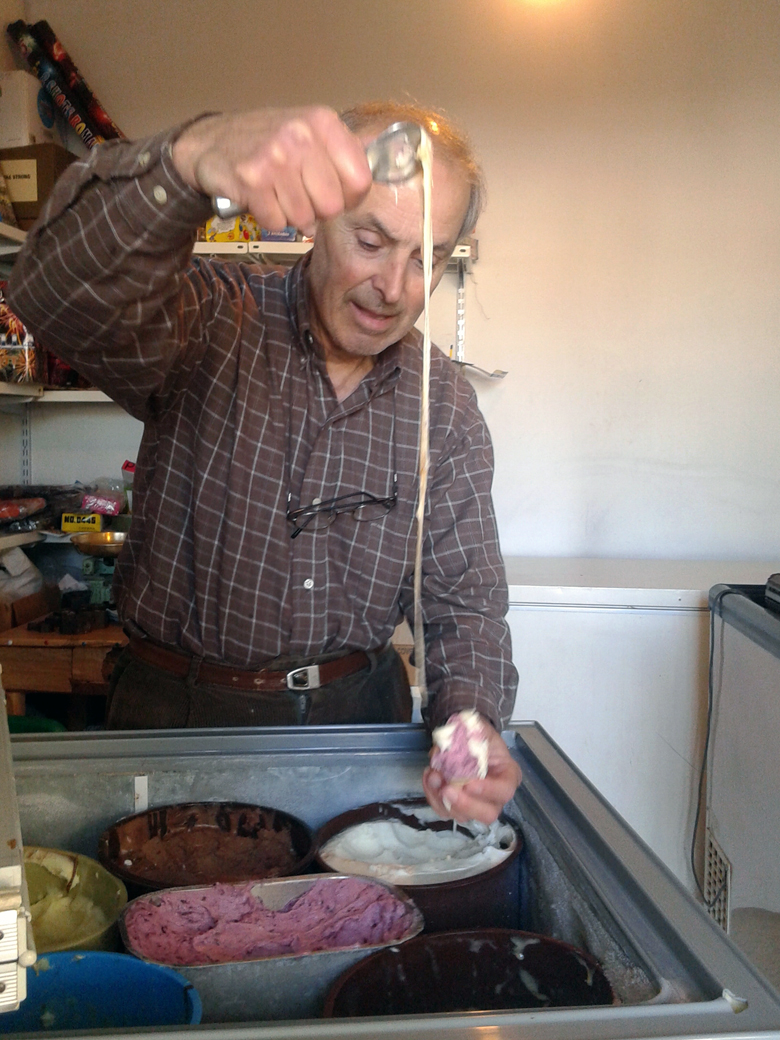 From the coast to the heart of the Bekaa Valley, the village of Saghbine hides a hidden treasure – the small-scale ice-cream maker Joseph Masrouaa’s Saghbine Natural Ice Cream. He inherited the tradition of ice-cream making from his father.

Getting Masrouaa to talk about his ice cream-making passion is quite easy. He quickly reveals what sets his ice cream apart from many others; he uses fresh goat’s milk from local farmers, rather than that of cattle, to prepare his ice cream as well as fresh ingredients for his fruit and citrus flavors. As he fills cones of ice cream for tasting, you can clearly see the elasticity. “The quality of salep used is key to achieving the desired consistency of the ice cream,” Masrouaa explains. He insists that “the salep from Istanbul is the best!” 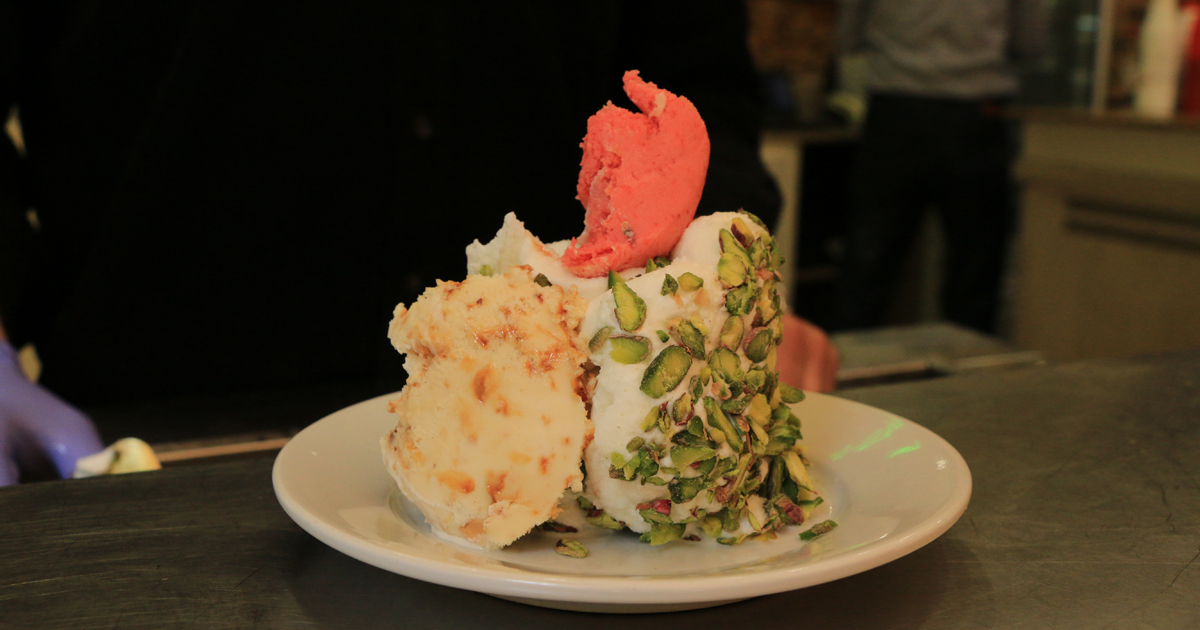 Where to Paraglide in Lebanon