Lebanese contemporary artist Hassan Jouni has spent his career painting the simpler moments in life and depicting nostalgic scenes of Beirut and his native village on canvas. 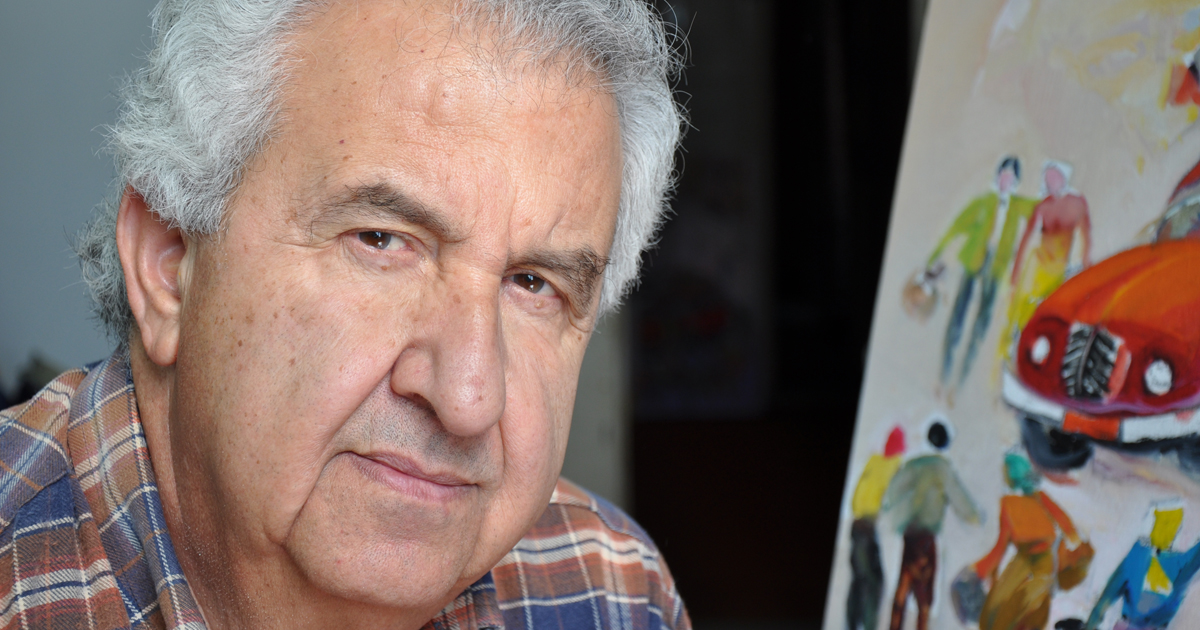 “I was eight years old when I felt the need for another language and drawing was the language that I reached for,” Lebanese artist Hassan Jouni recalls. “I was drawn to art because of the need for silence and to remember the things that challenged me in my life.

“The first painting I ever exhibited was at school. I was 11 years old and it was called ‘An Evening around the Fire,’” he says. “It was about a group of construction workers sitting around a brazier of coals – a group of men who had left their families in their villages to work in Beirut. This scene touched me, I felt a connection and shared their emotion, one that ties people together.” 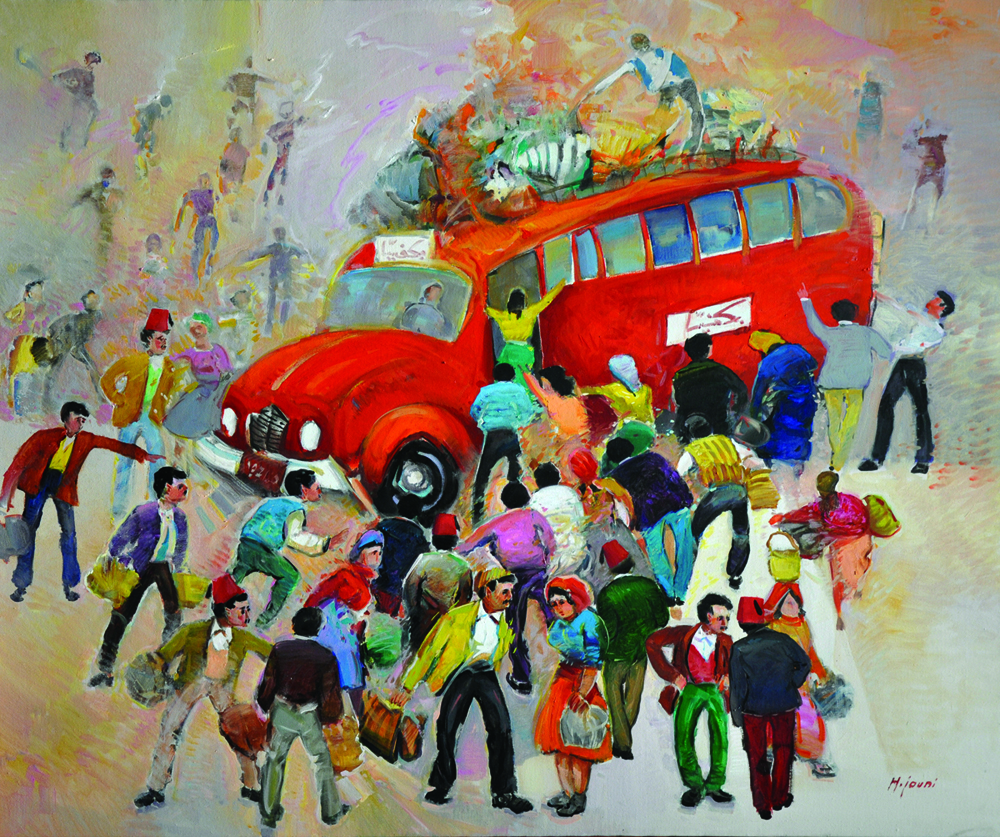 Though his family hails from the quiet village of Roumin in South Lebanon, Jouni was born in Beirut’s Zokak el-Blat neighborhood in 1942, where he developed a fascination for the hidden charms of urban life and the rapid changes happening around him.

Jouni’s live-in studio, nestled by the old lighthouse in Ras Beirut, is an ode to the city with his colorful paintings stacked around him and hung on paint-flecked walls. Memories of old Beirut and a time when southern villages were a few stone houses are documented through hundreds of paintings. 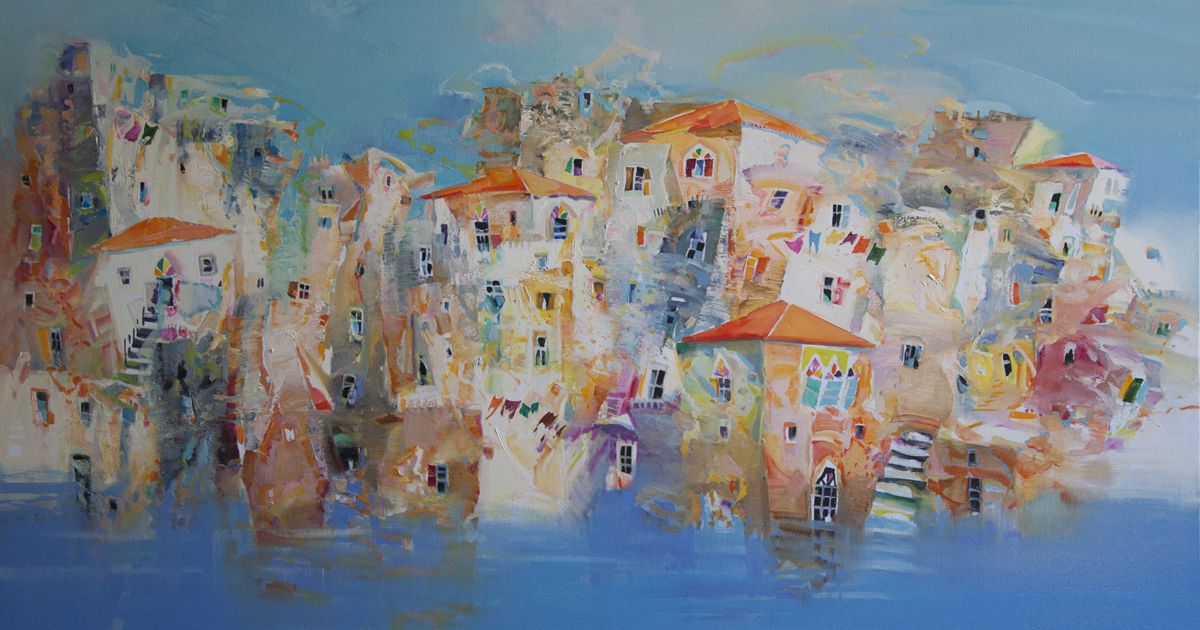 “My grandfather walked all the way from Roumin, above Maghdoucheh, to Beirut because he didn’t want to be a farmer. He planted in us a love for cities and urban life, not the quiet of the countryside,” Jouni says. “The old houses that were stone in Beirut and with terracotta roof tiles were the soul of the songs of Fairouz,” he adds. 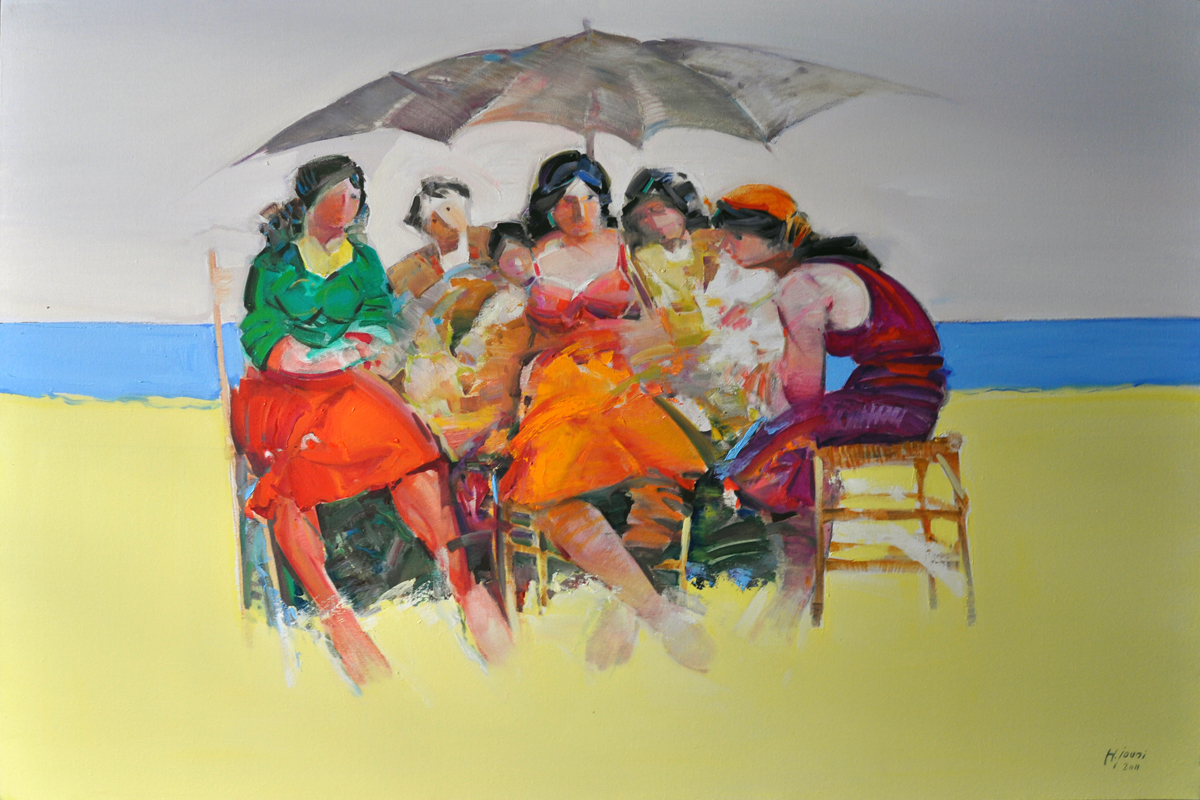 Jouni’s work depicts both busy streets from the Ottoman era, with boys hawking goods to men in scarlet tarbouches, and pastoral village panoramas. Jouni visits Roumin every few months and his visits have influenced his artwork.

“When I go up to the village, the landscape calls me; it’s a beautiful and lyrical spectacle. This thread is woven into my art – just like a person who lives in chaos, they also sometimes wish to live peacefully and quietly,” he explains.

“Lebanon is bathed in light. I always feel that this light makes the reds very red, the yellows super yellow and the blue a true blue,” he says. “This is the light and color of the east, which has a pallet heavily influenced by yellow, so these are the hues that you find in my paintings.” 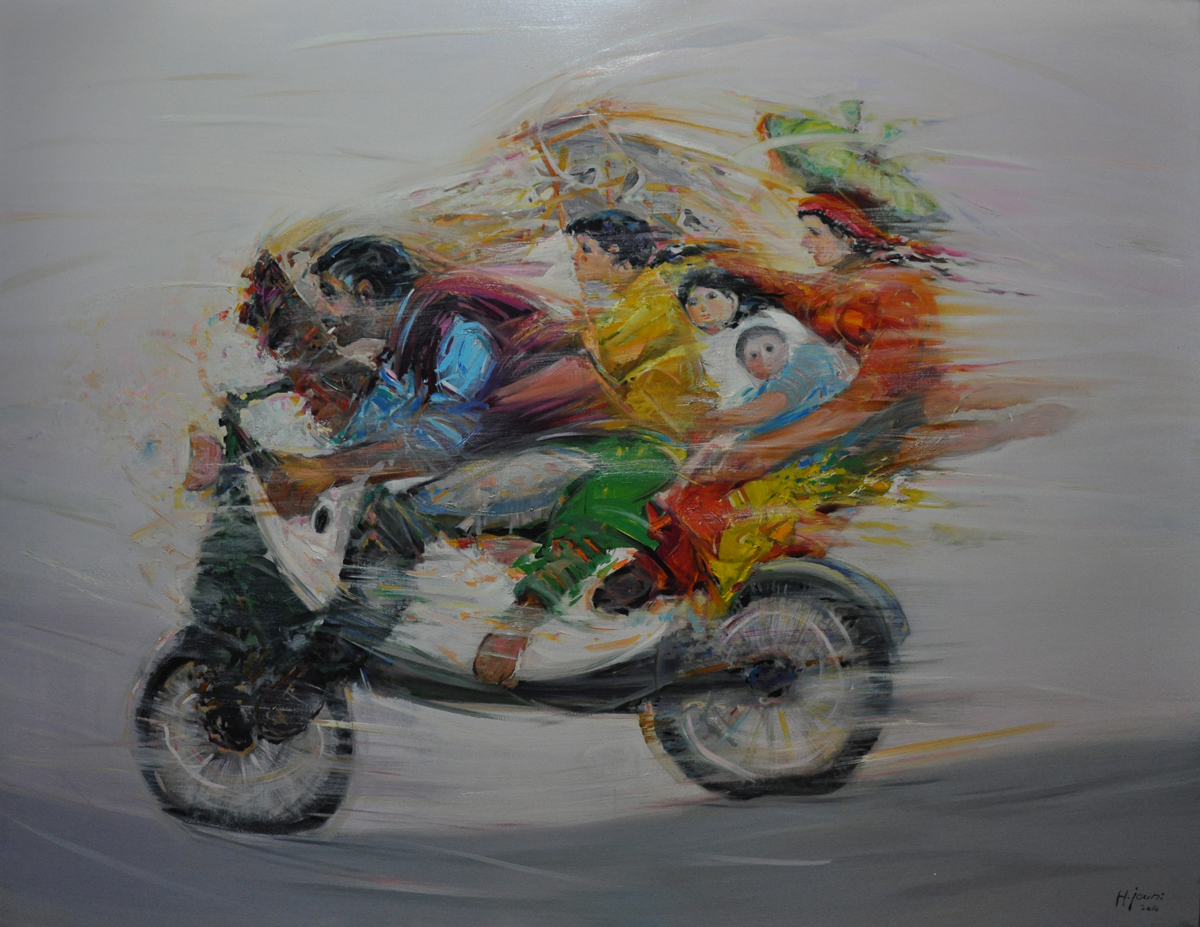 Jouni’s youth spent in Souk Sursock, an area of Achrafieh destroyed during the Civil War, also pops up in his work. Jouni says these pieces are a tribute to his father, who was a shoemaker in the district.

“While walking around Souk Sursock I would meet removal men (aa’tel), plasterers, interior painters, drunks, thieves and people that sell old clothes. These people left a mark on me. Even now when I remember the way the aa’tel carried his basket on his back, I imagine that he would be painted like a basket with legs. There is such a comedy to it, that till this day I want to draw these people when I remember them,” he says. 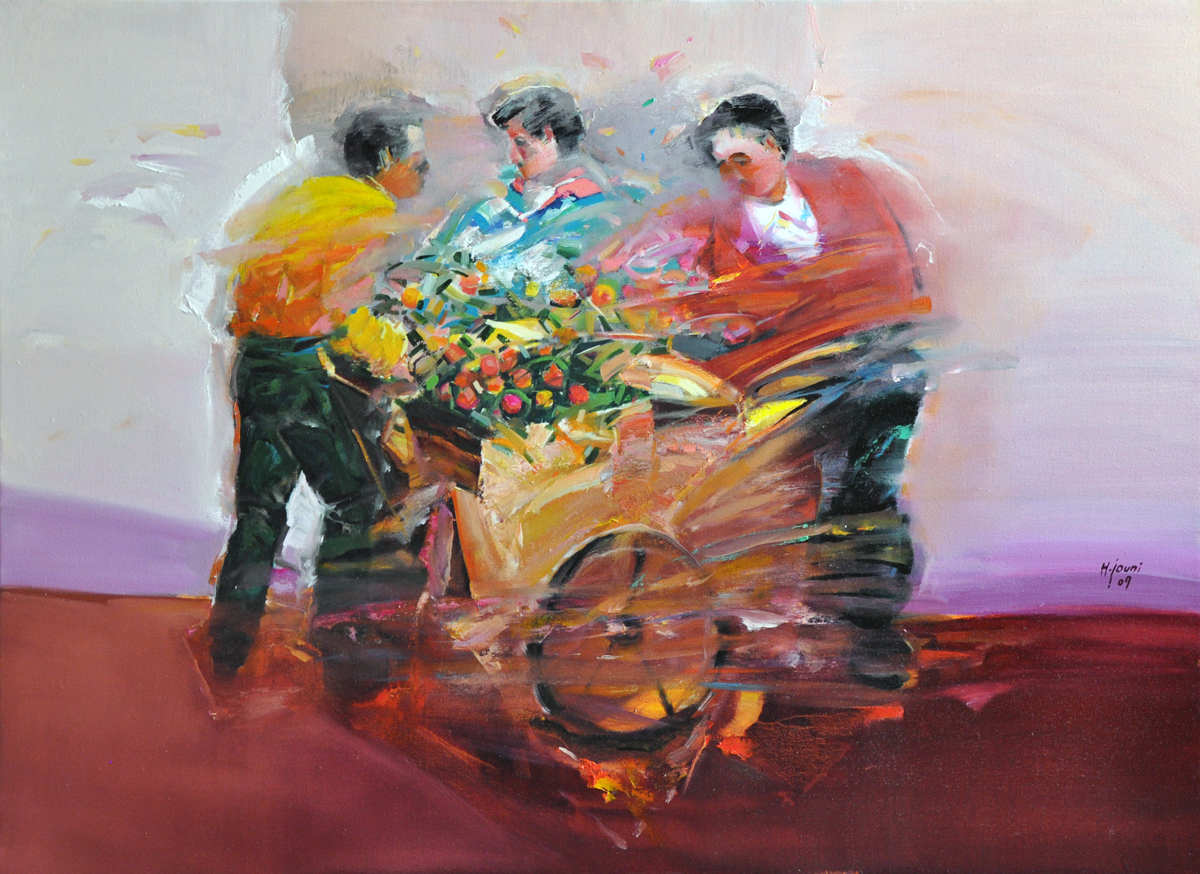 Jouni’s latest project focuses on moments of human interaction that no longer exist due to modern advancements, like posting letters. 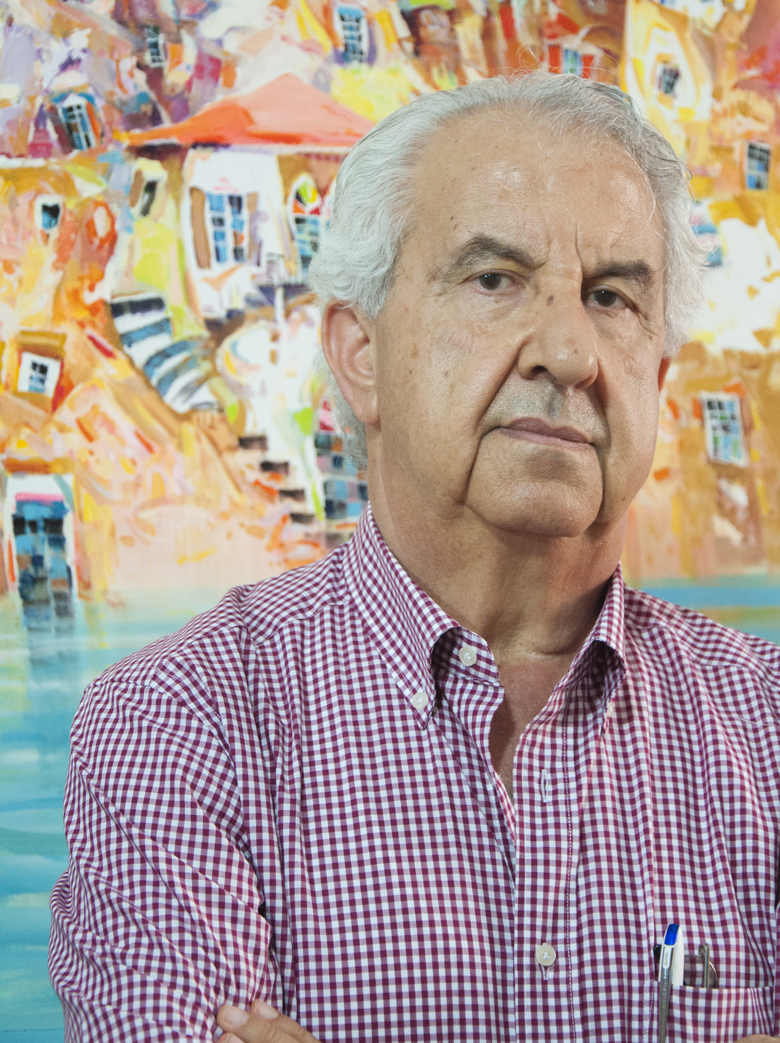 Jouni no longer exhibits in galleries, finding their limitations on time and space restricting. He instead invites anyone interested to visit his studio.

“Those who know Hassan Jouni know my style,” he says, “and come to see this inner world I have created in my studio and the paintings that no one knows I have created.”