10 Things to Do in Metn - Lebanon Traveler
WHAT’S TRENDING ON LT
Download the Magazine
The Forgotten Cave of Saint George, Jounieh’s Hidden...
The Hidden Gems of Clemenceau
Stay at Beautiful Bkerzay
Discovering Maqam El Nabi Ayyoub in Niha
Discovering Al Haush Guesthouse
The Past and Present: 5 Photos from Mount...
A Look Inside Saydet El Mantara: Our Lady...
8 Things to do Before Winter Ends
Mini Guide to Tyre
20 Things to Do in Beirut
The Scents of Tripoli’s Public Garden & Spice...

You’ve been to Jeita Grotto, visited the National Museum and explored the Roman ruins in Baalbeck. These are all must-see attractions, but for a little variety, Lebanon Traveler has picked 10 places in Beit Mery, Broumana and Baabdat that even some locals don’t know about

Heading up towards Beit Mery, in the secluded river valley

between Mansourieh and Hazmieh, you will find the remains

of a Roman aqueduct that was built to convey water across

the Beirut River onwards to the city. Built in 273 AD during

the reign of Roman emperor Aurelian, the arched bridge-like

structure over the aqueduct is known today as “Qanater es-

Sett Zubaida” or the Arches of Mistress Zubaida.

The three hills, which make up this town, have been home to summer vacationers since the times of the Phoenicians and Romans. Its

the heat. Beit Mery (derived from the Aramaic term for “the house of my lord or master”) has two prehistoric archaeological sites

where flint industries have been found by Jesuit archaeologists. One is on the right bank of the Beirut River, south southwest of the

town, the other is east of the road from Beit Mery to Deir el Kalaa, on a sloping plateau facing the junction of the Nahr Meten and 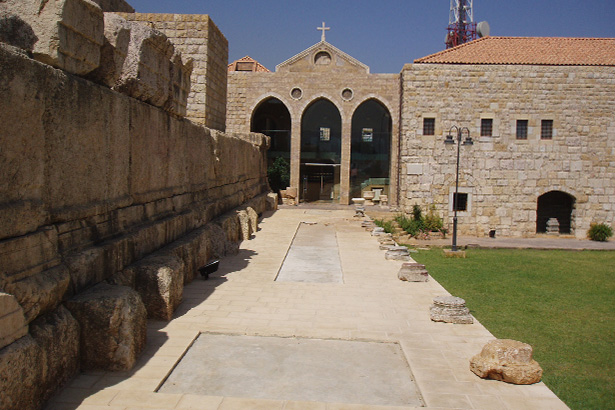 This Maronite Monastery of Saint John the Baptist, and its ancient

Roman and Byzantine ruins, rests on three levels. At the top are

over which a church dedicated to Saint John was constructed in

1750. The old church is incorporated into the present early 20th

century structure. A short walk down the hill leads to a small

the reused temple columns in place. Nearby is a remarkably wellpreserved

public bath. Once a Roman-Byzantine settlement, the

entire site is littered with remains of more temples, a second bath

and a colonnaded street. 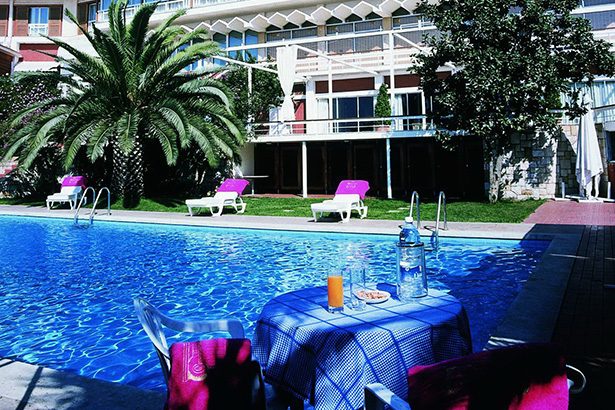 festival of music and art, Al Bustan or “the orchard” in

Arabic is a five-star hotel with a commanding view over

Beirut and the Mediterranean. Founded by Emile Bustani

and his wife Laura in 1962, it houses a growing collection

of art, sculpture, and antiquities in its 117-room facility.

The House of Rammana the god of air, storm and thunder,

doesn’t seem like where you would find thousands of

tourists eager to escape the summer heat, but despite its

namesake, Broumana has a relatively cool climate all year

restaurants, bars and café’s that come alive after dark. If you’re

in the mood for French cuisine, Le Gargotier is a quaint

and for traditional Lebanese fare, Broumana has some of

the best restaurants in the country. Their old-world charm

and spectacular views of the city, offer guests a one-of-kind

experience. If you’d like to spend the weekend in town, there

are numerous hotels to choose from including the charming

For those that like bric a brac, look out for Raja Raad’s

collection of old pieces from Lebanese houses that you

can buy, anything from an old window to a marble slab.

Broumana wouldn’t be what it is today without the Swiss

missionary Theophilus Waldmeier and the Quakers. In 1873,

he climbed the steep mountain on horseback with his eight

children and purchased a vast stretch of land called “Berket

al-Ghanem” (the Pool of the Conqueror) which was later

changed to “Ayn al-Salam”, (the Fountain of Peace). He did this

the local girls and boys. The isolated mountain area quickly

flourished and was even the location of the first tennis court

to operate under the same principles of peace and goodwill

till this day. It hosts numerous cultural and educational events

throughout the year including the May festival, a summer

retreat for children and an international tennis tournament.

In 1700 the Antonin Maronite Order was founded in the

Monastery of Mar Chaya by Patriarch Gabriel of Blaouza.

The modern day structure is surrounded by several

community based activities and meeting areas. Before

you reach the valley, the main road heading down is a

popular walking track especially in summer. As you head

uphill, you’ll find a small chapel on your right hand side, as

well as an organic market with fresh produce and a small

zoo. All of the products sold in the store are grown and

cultivated on the grounds, including a selection of wine

from the numerous cows on the property and farm fresh

eggs are always a treat to find each morning. The kids will

love watching the animals prance around, and when the

weather gets warmer they can even go on a pony ride. 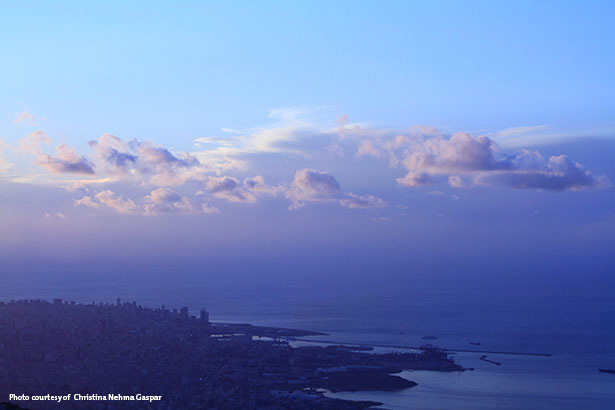 Since the opening of the highway a few years ago, this mainly

summer resort town has blossomed into a full-fledged

community, with residents living all year round. The name

meaning the home of adoration. Famous locals include the

Chaya – the first Lebanese to climb Everest. The views from

Baabdat are stunning. It has numerous historic churches like

Saint Mamas Church built in the 16th century. For those that

like exploring it also has many springs. Before heading down to

Beirut, stop by Azrak for an ice cream cone in Chamees and

make the ride back, a refreshing one.

On the Thursday before Easter known as Maundy or Holy

Thursday, the washing of the feet is a traditional component of

followed by an informal visit to seven churches. Those who

journey, but if you’re in the area of Brummana, you can do it by

grounds of a school belonging to the Azarieh nun’s order. A

Also see the Church of the Prophet Isaiah – the oldest structure

The easiest way to get to this area of Metn (the

mountains) is to take the Emile Lahoud highway from

Nahr el Mot and get off on the Baabdat exit. If you are

near Sin el Fil, Beit Mery is easily accessible from the

Mkalles roundabout. Get on the road heading east. You

will drive through Mansourieh and Ain Saadeh before you

reach Beit Mery on the mountain-top. Follow the road to

heading back towards Beirut. The scenic road is even

better on your way down with beautiful panoramic sea