WHAT’S TRENDING ON LT
5 Things to Do in Akkar
5 Ultimate Spring Road-Trip Destinations
10 Things to Do in Chouf
5 Things Foreigners Should Do in Lebanon
The History Behind Beaufort Castle
Beirut’s Mesmerizing MIM Museum
10 Photos That Will Make You Fall in...
Mini Guide to Chtaura
10 Things to Do in and Around Zahle
Lebanon’s Five UNESCO World Heritage Sites
Art, History & CultureExplore LebanonIconic Landmarks or PlacesRegionsSouth LebanonThemesWhere to Go 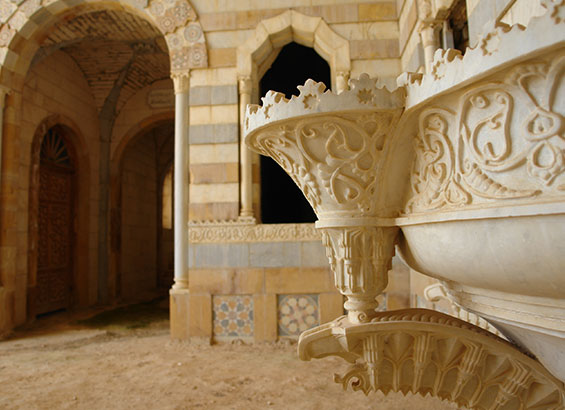 Over the years Joseph Matar, a poet and artist, became very close friends with Farid Serhal, a member of parliament for Jezzine, and witnessed Serhal building his dream palace. Here, we share the story of how this unusual landmark came to be. 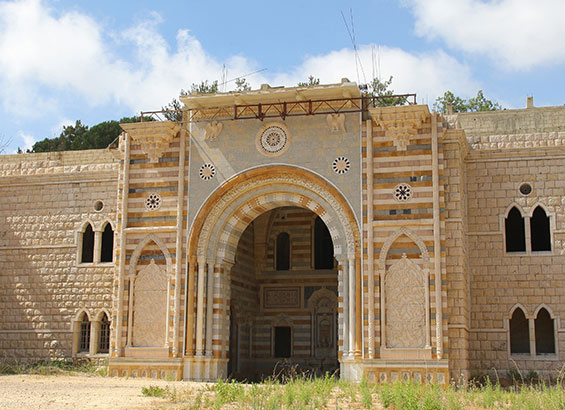 In 1956, Matar used to visit the Anatomy Hall of the French Medical Faculty in Beirut, which was under the direction of Professor Farid Serhal. He studied and made drawings of the morphology of human bodies, forms and proportions. Serhal took an interest in his work.

One day, he told him that on the southeast side of Jezzine, he owned a vast stretch of land with vineyards and fields, and a little house with a cellar for wine and arak. Serhal invited him over one day, suggesting that Matar should paint a fresco on the wall of a room that came out onto a terrace. Matar thought of painting a dance of Bacchus, the Roman god of wine and intoxication, or a dance of fairies under the vines. 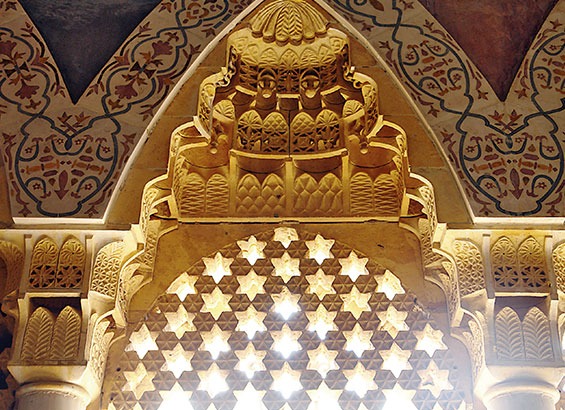 In 1964, on a trip back to Lebanon from Madrid and Paris where Matar was studying, Serhal told him that his cellars and his house had been demolished and that in their place, a “great palace” had risen. During this time Serhal had collected hundreds of books on Greek and Roman sculpture and on all kinds of art, whether Byzantine, Arab, Italian Renaissance, French or Spanish. There were the most beautiful castles and palaces of Paris, the river Loire, London, Persia, Ancient Egypt and Russia of the Czars. 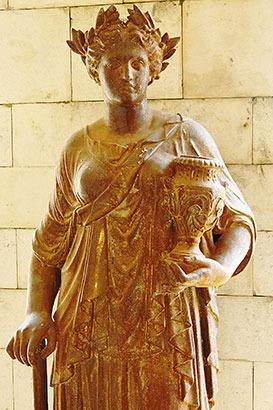 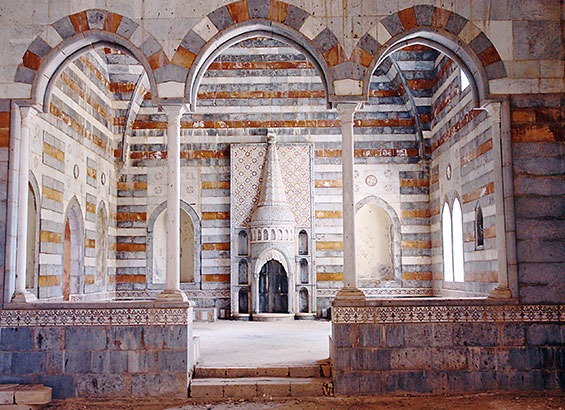 A score of stonemasons labored at the site every day, reproducing capitals, details, structures, reliefs, moldings and projections to a tee. This castle was a reflection of the dreams, vision, fantasies and imagination of Serhal. It was truly a colossal undertaking. The palace was his life, his sole subject of conversation, his passion, his folly. The façade, pediment and entrance as Heliopolis, were all on the grandest scale. 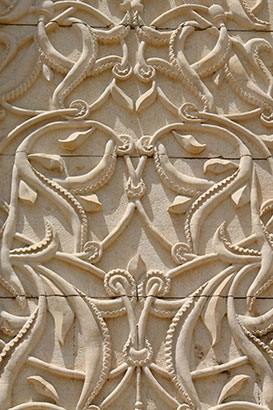 The monument had become simply a wing – one wing of a construction project, now attached to another wing by a magnificent central portal, so now the whole edifice had doubled in area. Serhal went around the antique dealers of Damascus, Aleppo, Turkey, Iran and Iraq collecting for the palace in order to fill it.  Then, in 1975 the disturbances began. Work slowed down, and came to a dead halt a few years later, as a result of the general situation and the passing away of Serhal himself. Serhal Palace is now open to the public just like Heliopolis, Beiteddine, Byblos and other touristic sites, the difference being it is by appointment only. 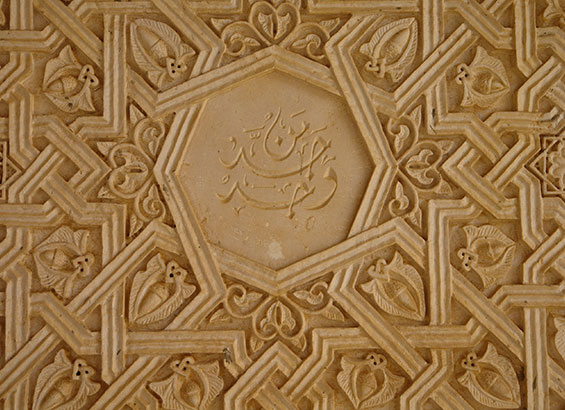 Follow the Saida – Hlayliyye – Majdelyun – Salhiyye – Lebea – Roum – Homsiye road. The village is located on the slopes of Tumat Niha and is surrounded by pine forests.