WHAT’S TRENDING ON LT
5 Ultimate Spring Road-Trip Destinations
10 Things to Do in Chouf
5 Things Foreigners Should Do in Lebanon
The History Behind Beaufort Castle
Beirut’s Mesmerizing MIM Museum
10 Photos That Will Make You Fall in...
Mini Guide to Chtaura
10 Things to Do in and Around Zahle
Lebanon’s Five UNESCO World Heritage Sites
5 Ultimate Tips for Your Next Camping Trip
BekaaExplore LebanonMini GuidesRegionsWhere to Go 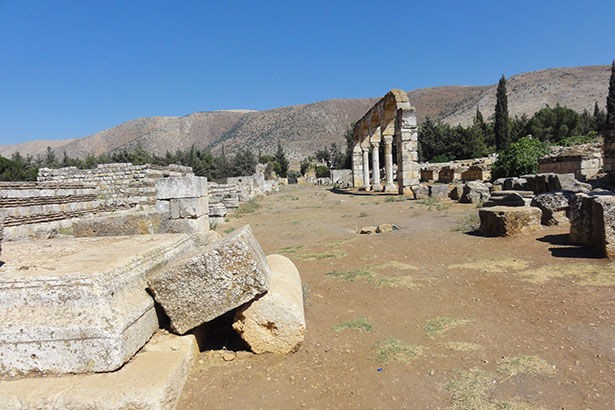 Anjar, meaning unresolved or running river in Armenian, is also known as Haoush Mousa in the area. The town’s history is comparable to an unrelenting roller coaster of events, ultimately culminating in the unexpected yet simply impressive Anjar of today.

When talking about Anjar, it’s impossible not to mention the Mousadaghians (the area is almost entirely populated by Armenians from the Mousa Dagh area of Turkey). In Franz Werfel’s epic novel “The Forty Days of Mousa Dagh,” he highlights the historical battle between Armenian villagers who held their ground against thousands of Turkish soldiers. With the help of the French government, the same population was, in 1939, obliged to leave their homeland and eventually settle in Anjar.

Since then, they’ve tirelessly worked to transform what was basically barren land into a rich landscape. Originally comb makers, shoemakers, blacksmiths, and carpenters but through agriculture and beautification they succeeded in making Anjar green.

Anjar residents today also specialize as goldsmiths, artists, restaurateurs, and suppliers of pantry essentials. By just walking through the village you can meet the locals and chat with them. 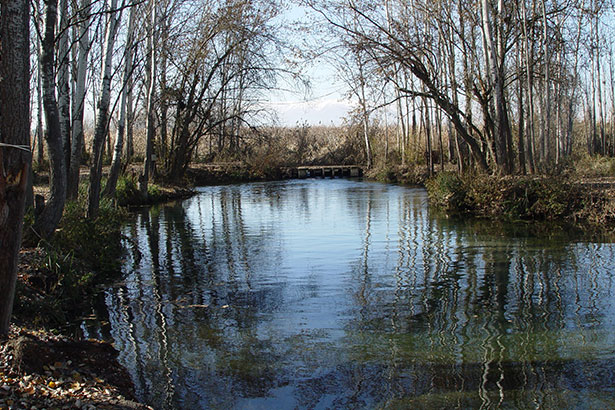 Nature has endowed Anjar with two water sources: Nabaa Anjar and Nabaa Shamseen. They are tributaries to the Litani River, joining it at about 25 km to the south. But on their way, they have created a marsh, which is today subject to protection by the Society for the Protection of Nature in Lebanon (SPNL). The area is also a bird sanctuary for endangered species like the Syrian Serin, as well as a bottleneck for African Eurasian Water Birds.

The protected flora and fauna is also home to the common otter, which you may be able to spot feeding on fish at Al Jazire restaurant’s trout pond.

The Feast of the Holy Cross is a special day in Anjar. The locals celebrate this Christian holiday every year in mid-September by preparing hrisseh, a stew made of wheat and meat. The twist is that it’s prepared the traditional way, in 40 giant outdoor vats to symbolize the 40 days of resistance in Mousa Dagh.

After an official ceremony and mass, the celebration continues till the evening, as the hrisseh is passed out to all the townspeople.

Music also plays a big role in people’s lives. No wedding is complete without the traditional folk instruments to usher in the bride and groom. The “davul zurna” can be heard echoing through the trees – the “davul”, a large double-headed cylindrical drum is almost always played by hand with two “zurnas”, sharp quarter-tone oboes.

Anjar also has an International Arts Festival, which takes place in September.

Before uncovering the ruins of Anjar, Lebanon boasted archeological evidence of almost every stage of Arab history except for the Umayyads, an Islamic caliphate hailing from Mecca. The Umayyads under Caliph Walid Ibn Abd el-Malek founded the city of Anjar at the beginning of the 8th century. It is an example of an inland commercial center, at the crossroads of two important routes: one leading from Beirut to Damascus and the other linking Homs to Palestine crossing the Bekaa Valley. The city enjoyed only a brief existence. In 744, Caliph Ibrahim, son of Walid, was defeated and the partially destroyed city was abandoned.

Visit the Great Palace, the remains of the mosque, the public baths, and possibly the first mall in existence, with remnants of 600 shops in the shopping arcade.

Food and ambiance are key to a successful eatery and Anjar has them in abundance. A visit to Restaurant Al-Shams (+961 8 620567), serving Lebanese/Armenian cuisine. Its patented potato balloons, is a must try. And the restaurant is ISO certified.

Anjar swells to almost double its population in summer, due to Armenians from the diaspora who vacation there. The lack of accommodations was noticeable up until recently, with new hotels popping up all over the village.

Rents out bungalows for guests set against the backdrop of the wetlands.

Auberge Braidy is a rustic political house, built in 1958 with cozy rooms and authentic decoration. Being abandoned for many years had encouraged the grandsons to revive Braidy’s hospitality, one of the most valuable traditions of the house.

It is surrounded by pubs and restaurants. 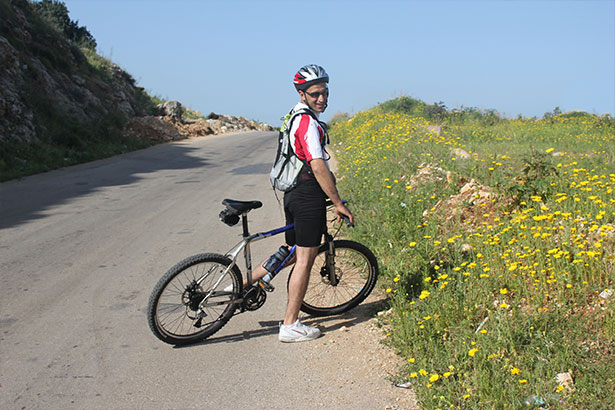 The SPNL has partnered with Great Escape, as a local tour operator, to conduct eco-tourism activities that teach about the Important Bird Area (IBA), different wildlife species, bird watching, hiking, and biking.

Trails are available along the water-course from the Anjar spring to its wetlands. Bicycle or donkey tours of the agricultural fields, in addition to agro-tourism activities, a picnic area, camp-sites, and a visit to observe one of the best panoramic views of the Bekaa Valley are offered.

The Mousadaghians were mostly devout Armenian Orthodox Christians, so their first order of business was to establish a temporary “Tent Church” erected during the first months of their arrival. The grand structure today is a far cry from its humble origins.

Resting at the top of a hill, overlooking a lush green pathway and most of the village, the Armenian Apostolic Saint Paul Church is the second-largest Armenian church in Lebanon. The painting on its altar, depicting Jesus Christ and the Holy Mary, is the work of the artist, Paul Giragossian.

The Our Lady of the Rosary Armenian Church serves the Catholic community, which also runs the Aghajanian Orphan House and the small Evangelical community runs the Armenian Evangelical Church and school founded by Sister Hedwig Aienshanslin with the help of Swiss and German supporters.

Hot pepper paste is a staple in every Armenian home and most would agree that the readily available stock of homemade “Beeberi Chour” found in Anjar is the best.

Buy your traditional pantry staples like fire-roasted red peppers and tomato paste in bulk from one of the many suppliers.

Anjar is known for its apples. More than 500 apple orchards can be found in the vicinity, the fruit of which is mostly sold as a source of income for farmers.

There is also a government-sponsored fish farm, where trout and other freshwater fish are raised.

Wheat, corn, peaches, pears, cabbage, tomatoes, peppers, cucumbers, artichoke, ray grass, nectarines, alfalfa, sugar beets for animals, walnuts, a variety of plums, and pistachios are grown in the area too and are sold throughout the country.

August to late October is the ideal time to visit Anjar, during cultivation season.

Discover the difference between organic and non-organic farming, help in planting new trees or in the irrigation process and go apple picking with local farmers. Private tours could be arranged by contacting Dalia Jawhary from the SPNL at (+961 1 344 814) or by email at djawhary@spnl.org.