WHAT’S TRENDING ON LT
Discovering the Beauty of the Cedars of God
5 Places In West Bekaa Worth Checking Out
Lebanon’s Five UNESCO World Heritage Sites
La Datcha: Haven in Akoura
5 Things to Do in Akkar
Digging into Sidon’s History
Baalbeck: the ‘Sun City’
10 Things to Do in Anjar
Exploring Baskinta with Al Wadi Al Akhdar
Villa Chamoun Guesthouse, a Retro Revival in Hasroun
By PlaceBy RegionExplore LebanonMount LebanonMountains & ValleysSustainableSustainable TourismWhat to DoWhere to Go

Imane Khalifé, director of eco-touristic development in Ehmej shares the love she has for her home town.

Khalifé, a vibrant thirty-year old is at the helm of a large project for touristic development in Ehmej. The project, created by the municipality, headed by its president, Nazih Semaan, is in close collaboration with the Ehmej Association for Development, a non-profit association created in 1995 with the objective to preserve the rural identity of this mountain village. 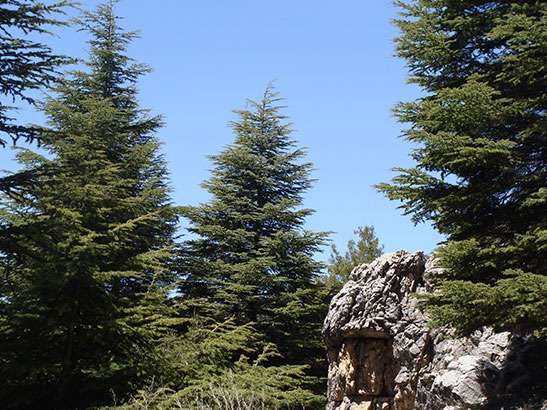 The journey, which began with a simple idea, has grown into a stable project. Its philosophy of responsible economic development inspires all the inhabitants of Ehmej.

“Year after year, we are developing tourist attractions and the main reason behind this is our love for our village and our wish to share it with everyone. We are now able to host visitors, but creating mass tourism is not in our interest. For our tourism project to become a reality, it has to be a responsible one. We are not interested in damaging nature, quite the contrary, we want to preserve it,” explains Khalifé.

With this in mind, many thematic and educational hiking trails were created, as was an information bureau that raises awareness about eco-tourism. In addition, a guesthouse called Arz Ehmej and a small adventure park with a Tyrolean rope, a climbing wall and a trail for bicycles were established.

“Saying environmental protection is the same of discussing our future because if we want to survive, we have to know how to safeguard it from harm,” emphasizes Khalifé. She compares Green Ehmej, as she likes to call it, to a little pearl slowly opening its shell.

Her favorite activity without any hesitation is hiking on Hafroune Mountain, at an altitude of 2,000m to admire the exceptional view it offers. It’s named after the ancient king Hafroun, who is said to have dug deep into the rocks to reach a water source and let it flow. The inhabitants of Ehmej are more than willing to share each legend or story hiding behind every rock and pathway. 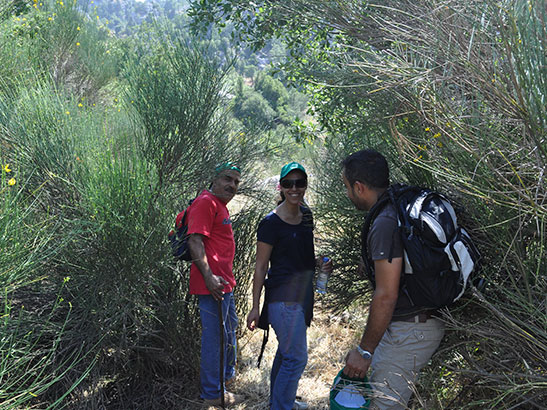 “Like a lot of residents here, my father spent his days cultivating the fields and for a long time I couldn’t understand his deep connection to the land. However, this eco-touristic project opened my eyes, ” stresses Khalifé. She believes it is not enough to love your village if you want it to thrive. As the manager of the project, her aim is to offer the village inhabitants the possibility to develop through a commitment for the good of the environment.

For instance the project offers village guides specific training on the surrounding environment, as well as the history and wildlife of the area. Hikers, who are interested in discussing the land and what is being done to protect it, now have local guides capable of disseminating vital information.

Discovery circuits will soon be put into place thanks to the cooperation of the Mada Association*. The program will also include mosaic workshops, visits to farms, assisting farmers with the harvest and maybe even a snow festival.

“I am just a messenger. It is in the hands of 4,000 inhabitants held together in solidarity that have helped preserve the environment and distinguish us from other villages,” says Khalifé. “Nature lovers, your invitation is open,” she adds.