WHAT’S TRENDING ON LT
5 Ultimate Spring Road-Trip Destinations
10 Things to Do in Chouf
5 Things Foreigners Should Do in Lebanon
The History Behind Beaufort Castle
Beirut’s Mesmerizing MIM Museum
10 Photos That Will Make You Fall in...
Mini Guide to Chtaura
10 Things to Do in and Around Zahle
Lebanon’s Five UNESCO World Heritage Sites
5 Ultimate Tips for Your Next Camping Trip
Food HeritageFood, Drink & NightlifeWhere to Eat & Drink 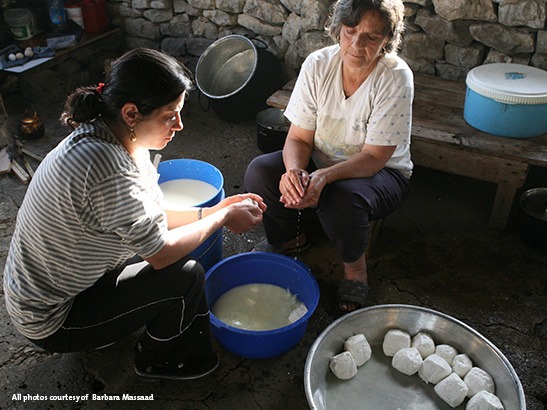 Food writer Barbara Abdeni Massaad takes a closer look at this traditional method. Be sure to look out for local mouneh as you travel throughout the country.

The word Mouneh comes from the Arabic word mana, to store. In the past, especially in remote villages throughout Lebanon, mouneh was prepared during the harvest, the season of abundance. Fruit, vegetables, herbs, plants and all types of animal products were transformed into foods that could be safely kept for a certain period of time, usually a calendar year.

Today, the world has changed considerably. This, of course, does not mean that it is a positive change when it comes to food products. Through varying growing techniques, which in some cases causes major harm to our planet, products are now available all year long. In Lebanon, some continue to preserve, even without the urgent necessity of yesteryears. Farmers can avoid waste by selling off some of their bountiful harvest products. Some people stock up on mouneh to ensure food abundance in times of instability, while others maintain it as an important traditional aspect of our culinary heritage and feel the need to safeguard this family ritual.

The mouneh falls into different categories. Delicious jams, marmalades, molasses, syrups, and jellies are made to preserve fruits of the season. There are different techniques involved ranging from preserving whole fruit in syrup to developing highly concentrated liquids to make very thick molasses. 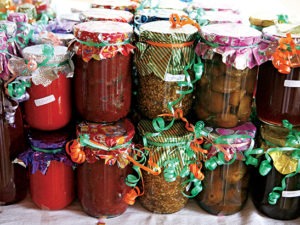 Vegetables are preserved in different ways. One way, involves the soaking of vegetables in a basic pickling solution made of water, salt, and vinegar. Highly reducing vegetables’ water content to produce a thick paste is another alternative. Some vegetables are stuffed, and then preserved in extra virgin olive oil. Drying vegetables on a string in the sun was also a very common practice in the past.

Because of high consumption of olives and olive oil in the Lebanese diet, it is of upmost importance for a Lebanese family to have secured its share of olive oil for the family’s yearly consumption. Olive oil is preserved in glass jars or in square-shaped steel containers away from light in a cool dry place.

Wild flowers, aromatic herbs, and wild edible plants are abundant. Families often plan field trips to spend a whole day at a specific area to pick nature’s offerings. Aromatic herbs are dried and some are then ground.

Up until about the 1960’s, in villages all around the country, a fat-tail sheep was force-fed for months before the cold winter. About mid September, the sheep was slaughtered and its byproduct would ultimately feed a family for a whole year. The traditional recipe for meat preservation called awarma calls for 1/3 meat and 2/3 fat. The fat is melted then the meat is added and cooked slowly over a low heat until it becomes tender. Today, awarma is still prepared, not so much for meat preservation, but for the exquisite and nostalgic taste that the recipe holds. It is very much appreciated in soups, pies, and is typically fried with eggs in a traditional fakr, a curricular pottery recipient.

Dairy products are also an important feature in making one’s mouneh. In the past, lack of refrigeration made cow, goat, and sheep milk impossible to store. Thus, many recipes, which remain to be very popular and appreciated, were produced to preserve the abundance of milk. Different techniques including drying, preserving in oil, preserving in clay jars and in goatskin, and reduction have been created.

Grinding one’s wheat to make bread is a common practice. Making paper-thin bread traditionally on a saj is an important aspect of mountain life. The authentic Lebanese bread maker will always keep wheat as an important part of his yearly preserves. Grinded wheat of different sizes is also preserved to be used in the most famous Lebanese recipes made with finely ground burghul. 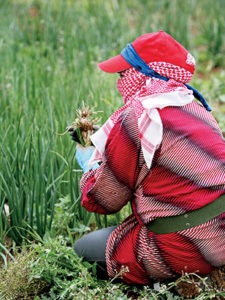 Grains, seeds, and nuts are also important part of the staple Lebanese diet. Grains are made into savory stews and are very much part of weekly meal menus. Seeds and nuts are common in Lebanese recipes and one favorite is the pine nut, which is harvested in the winter to be put on rooftops during hot summer days.

Distilling and owning an alembic is typical of the mouneh producer. The most traditional recipes include distilling orange blossoms in April, rose petals in May, wild plants throughout the year, and fermented grapes at the end of the summer to make our national drink arak.

The mouneh is essential to preserve nature’s abundance according to each season, naturally. This is why it is worth exploring. It is a base that one can build on to further local food production and it need not die and perish with technology and imported products which pollute our planet.

Preserving Foods for the Lebanese Pantry 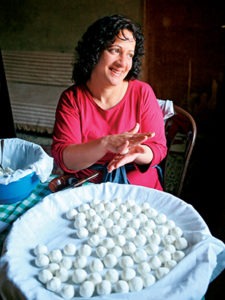 What Mouneh to Look Out For in Each Season

How Chateau Musar Became One of Lebanon’s Finest Wineries