WHAT’S TRENDING ON LT
5 Ultimate Spring Road-Trip Destinations
10 Things to Do in Chouf
5 Things Foreigners Should Do in Lebanon
The History Behind Beaufort Castle
Beirut’s Mesmerizing MIM Museum
10 Photos That Will Make You Fall in...
Mini Guide to Chtaura
10 Things to Do in and Around Zahle
Lebanon’s Five UNESCO World Heritage Sites
5 Ultimate Tips for Your Next Camping Trip
Art, History & CultureLT LovesNews & Editor's PicksThings to do 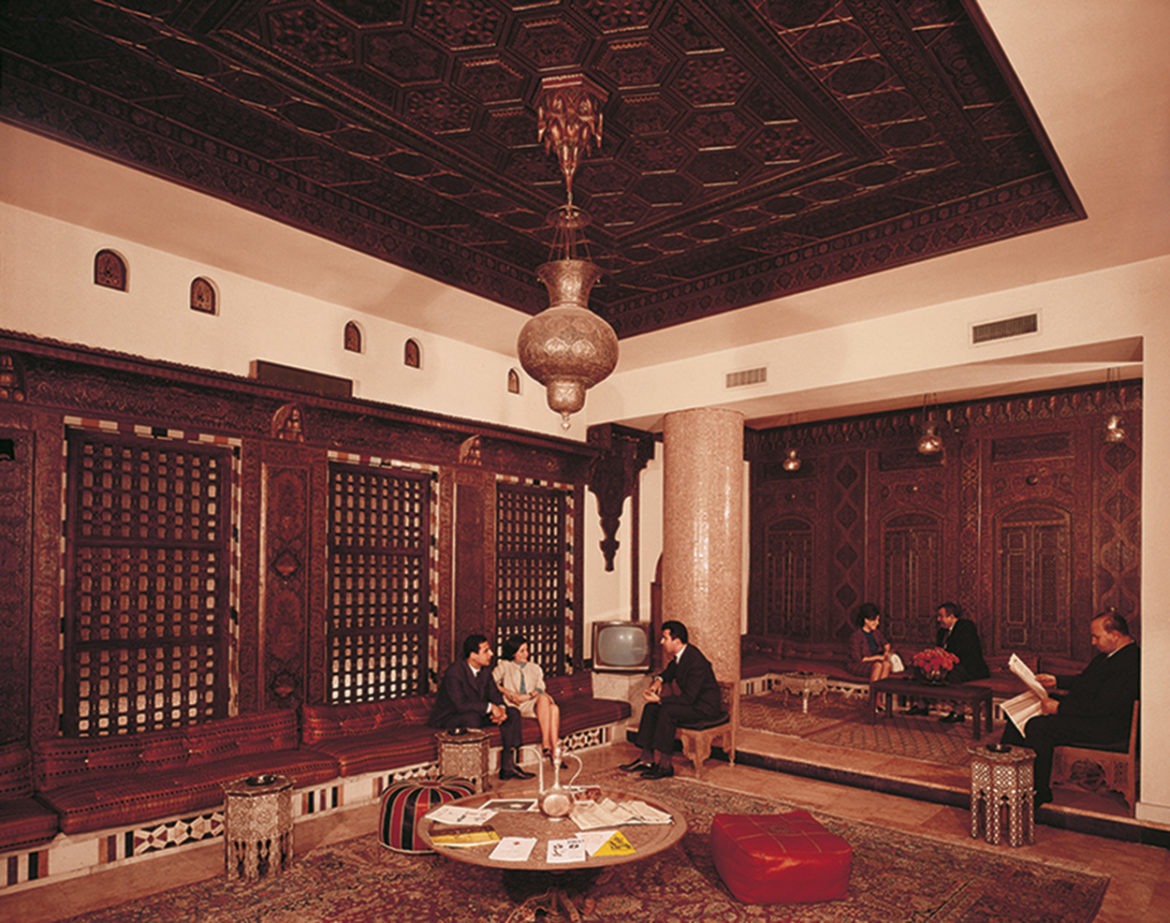 Beginning in Beirut in the mid 19th century, Maison Tarazi defined the opulent Oriental interior. Their hand-crafted work decorated hotels, palaces and royal courts in Europe. LT sits down with Camille Tarazi, the fifth generation to continue the family legacy, to explore the art of luxurious decor

It was over 20 years ago that Camille Tarazi started researching the family business, Maison Tarazi. Its heritage stretches back to 1862 when Dimitri Tarazi, Camille’s great, great grandfather opened the first store in Beirut, after escaping from Damascus during the 1860 Civil War. From opulent hand-painted wooden wall paneling to furniture inlayed with mother of pearl, the Maison Tarazi name became synonymous with elegant Oriental interiors and high quality craftsmanship. Their work was admired around the world and featured in European royal courts, palaces and private mansions. They became the official supplier of the Imperial Ottoman Sultan from 1900.

“My research started as a hobby. I gathered a lot of photos and documents from the family, libraries and collectors,” Tarazi says, from Joanna’s Table, in Beirut’s renovated Nicolas Sursock Museum. In December 2015, the bistro was the location of Tarazi’s third book signing of “Vitrine de l’Orient,” which he wrote based on the large archive he gathered on Maison Tarazi’s history. It sold out only eight months after publishing. He made surprise discoveries during research, including a throne he found in 2011 by chance in Istanbul’s Yildiz Palace. Carved from cedar wood, it was made by Dimitri Tarazi & Sons, gifted to Sultan Abdel Hamid II by Beirut Municipality for the 25th anniversary of his reign in 1900.

After a few decades of Dimitri working with his brother André, they separated their shop into two in 1894. Dimitri Tarazi & Sons then opened in Jerusalem, Damascus and, after Dimitri’s death in 1903, Cairo and Alexandria. “At the end of the 19th century, the ‘Holy Land’ was a favorite destination for tourists,” Tarazi says. “They were looking for souvenirs that reminded them of the Orient and were ordering furniture in the Oriental style. That’s why we ended up making furniture which wasn’t typical of Beirut houses at the time. A demand was created.”

In Beirut, the work of Maison Tarazi became a favorite of the aristocratic Beiruti family, the Sursocks. In 1916, Alfred Sursock commissioned Gebran Dimitri Tarazi to craft the main gate and interior woodwork for the Cercle Du Parc – that later became the French ambassador’s residence. Their recent work also decorates the interiors of well-known restaurants, hotels and the entrance dome and lounge of Casino du Liban (1965).

Surviving 154 years hasn’t been without its difficulties. After bankruptcy in the early 20th century, Tarazi’s great grandfather, George Dimitri Tarazi, made the bold move to re-launch the brand with his sons, Alfred and Emile. Opening a store in Rabat, Morocco, in 1931, reactivated the business and in parallel, they re-opened in Damascus and Beirut within their hotel, Alcazar, in Minet el Hosn. After survivng most of the Civil War, they were forced to close their Beirut shop and workshop in 1987. Emile and his son, Michel, then opened their store in Broumana, where it still stands today. “I’m proud of my grandfather Emile because he answered the challenge to rebuild the family business from nothing. Him and Alfred revived Oriental work,” Tarazi says. “My father Michel continued the family legacy with all the difficulties of the Civil War.”

Now Tarazi, an architect by trade, and his father run the business. They remain caretakers of their ancestors pieces; restoring work created up to a century ago. “This morning I was at the French ambassador’s residence for some woodwork restoration. The uncle of my grandfather did the woodwork in 1916. In 1985 my grandfather was called to remove and protect it during the Civil War, and in 1996 my father was called to put back the woodwork that survived and restore the main gate.”

In the coming few months, Maison Tarazi will open a showroom alongside the designer boutiques and hip cafés of Mar Mikhael. They hope to introduce a new generation to their work. Though many of the techniques used by the Maison Tarazi craftsmen remain unchanged, technology has speeded up a few processes. AutoCAD is used in technical work like drawing; detailed work still done by hand. “You have to evolve and innovate. To keep continuity is a challenge with all the technology around.” It’s the hand-crafted element to their work, though which Tarazi says will always stay. “People these days care less about human work. This is what we need to maintain; to keep alive the human role.”