WHAT’S TRENDING ON LT
Lebanon’s Five UNESCO World Heritage Sites
5 Ultimate Tips for Your Next Camping Trip
Discovering the Beauty of the Cedars of God
5 Places in West Bekaa Worth Visiting
La Datcha: Haven in Akoura
5 Things to Do in Akkar
Digging into Sidon’s History
Baalbeck: the ‘Sun City’
10 Things to Do in Anjar
Exploring Baskinta with Al Wadi Al Akhdar
Explore LebanonLT LovesNorth LebanonRegionsTraditional LebanonWhere to Go 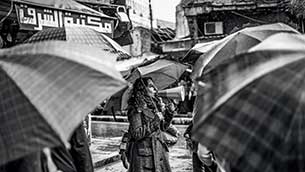 Tour guide Mira Minkara has made it her mission to bring visitors back to her home city of Tripoli. LT joins her on one of her now-famous tours taking in modern and heritage architecture, winding alleyways and a train station frozen in time

Below a midday sun on a warm winter morning, a crowd of 50 people surround tour guide Mira Minkara in the Rashid Karami International Fair Complex in Tripoli. It’s a beautiful example of modernist architecture designed by prominent Brazilian architect Oscar Niemeyer in the ‘60s and includes several theaters, a water tower and restaurant combined and a helipad, spread over a vast 1km length oblong. “There are no limits, no boundaries, no borders. The whole idea is to see the landscape around you,” Minkara explains to the group. “Niemeyer was a communist. He didn’t want walls, he wanted to create a public space.” The Fair Complex has been frozen in time in an unfinished state, with construction taking a permanent hiatus in 1975 with the onset of the Lebanese Civil War.

Graduating in tourist guidance from the Lebanese University in 2002, Minkara worked as a freelancer for a few years, showing visiting guests of the municipality and even Miss Lebanon around Tripoli. But, with the ups and downs of tourism following the assassination of Prime Minister Rafic Hariri in 2005, her guiding work dried up. It was only in 2014 when a bomb fell outside the ancient 14th Century Bourtassi Mosque, during sect clashes between the neighborhoods of Bab al Tabbaneh and Jabal Mohsen that Minkara decided she would organize tours in the old city as soon as the troubles were over, before the city’s important monuments might be destroyed. Soon after a 2014 governmental security operation disarmed the city’s militias, Minkara organized a tour of the old city. “I got 25 people on the first tour which was great,” she says. “People loved it and wanted more, so I realized it would be interesting to organize another tour.” 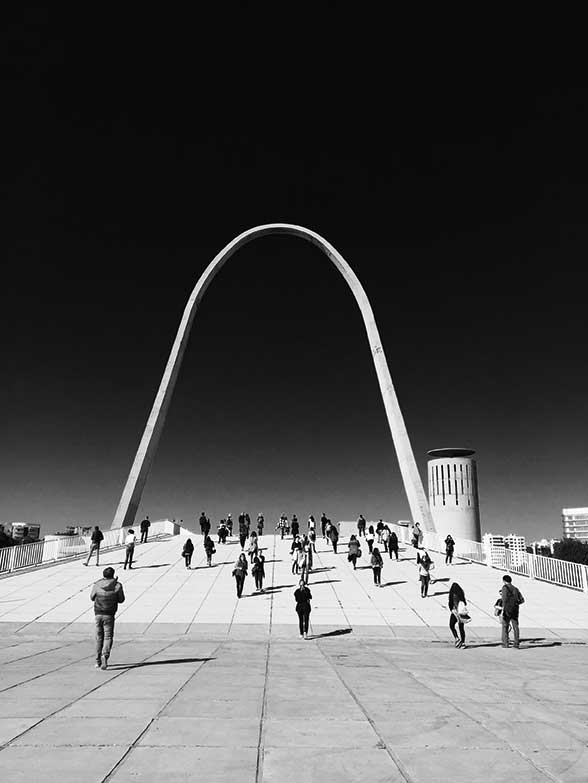 While working at Beirut Art Center, Minkara was inspired by a conference in Beirut on the architecture of Niemeyer’s International Fair Complex by Suspended Spaces – a group of architects, artists and urbanists interested in unfinished spaces – and she started researching and planning a tour there. “I was always familiar with the Fair, but I didn’t know that it was so important in the history of Lebanon and modern architecture. After I began the tour I saw that people were really interested in it. Later the Arab Center of Architecture (ACA) hired me to do a tour. It was amazing as architect George Arbid gave me plans and more information, so I was more connected to the architectural environment,” she says. Wassim Naghi, an architect from Tripoli, also helped her research on the space that fascinates them both. Soon, Minkara combined a tour of the Fair Complex with a walk around the old Mina neighborhood and a stop at Tripoli’s long-abandoned railway station – it’s become her most popular.

Believing that Tripoli is underrated as a tourist destination, Minkara has become the poster-girl for its rediscovery. Her tours have been well covered in both local and international press including a recent half-hour documentary on national German TV channel ARD. “My tours are breaking this fear of Tripoli and the idea that it is dangerous. It’s just propaganda – in reality it’s as safe as Beirut,” she says. Foreigners living in Beirut mostly frequented her early tours, but recently she has seen the number of Lebanese attendees grow. “My last tour was mostly Lebanese which is amazing. I had all these women from Ashrafieh that never leave their zone seeing another side of Tripoli they never thought existed. For me that’s a big achievement.”

Another tour Minkara offers explores the old city and the diverse civilizations that have left their mark. “Tripoli really has everything. It’s an old city with a medieval feel with hammams and khans that go back to the 13th Century. It’s Lebanon’s only Mamluk city and is also rich in Ottoman architecture. Then there is also important modern architecture and the seaside and mountains are not far,” Minkara says.

Perhaps the reason Minkara’s tours have become so popular is because they manage to be both informative and light-hearted. Her tour of Niemeyer’s International Fair Complex is fast paced and punctuated with stories, anecdotes and jokes and her awe at the beauty of this space is visible throughout. At the Pavillion du Liban, she takes visitors to the upper level to admire the panoramic view of the Fair Complex, and reflect upon the beauty of a space that offers a sense of freedom.

Outside the dome-shaped experimental theater Minkara tells stories from the past, about a cow that lived in the dome during the ‘80s and became famous across Tripoli, and about her brother and his friends, who once climbed over the gates as teenagers and played football on the dome’s peak. At the open-air theater, originally designed to appear floating on water, Minkara has the whole group walking up the slope backwards to appreciate the view of the city, backed by snow-topped mountains: “You can see the cedars behind, the whole space and you can smell the clean air.” After leading back to the start, passing La Grand Couverture, a long exhibition hall fronted with glass, Minkara guides the group around the winding alleyways of the ancient El Mina district. Close to the sea, some of the buildings here date back to the 17th and 18th Centuries. “What I like about this area is that there are no cars and it’s really quiet with small streets and old houses. This was the neighborhood of my first romances when I was 17,” she laughs. Minkara is keen to highlight the warmth of Tripolitans who she describes as simple and authentic. “Whenever we are in the souks even the poorest falafel places give us falafel for free. This is what I like about Tripolitans; we are always very genuine and generous when people are visiting. We try to show them the best of our city.”

After the success of her Tripoli tours, Minkara plans to take her tourism concept to other areas around Lebanon, with a tour in Tyre due to launch in March. “My plan is to hire specialized guides in different cities, people who are passionate and knowledgeable about a city or area. It’s not a classical tour. We joke, laugh and have fun while discovering new places,” she says. Meanwhile her tours to Tripoli will continue as she sheds light on what she believes has become a “taboo city.” “I have a lot of hope for this city because it has so much to offer,” she says. Certainly with individuals such as her as its ambassadors, the future looks positive.