WHAT’S TRENDING ON LT
5 Things to Do in Akkar
5 Ultimate Spring Road-Trip Destinations
10 Things to Do in Chouf
5 Things Foreigners Should Do in Lebanon
The History Behind Beaufort Castle
Beirut’s Mesmerizing MIM Museum
10 Photos That Will Make You Fall in...
Mini Guide to Chtaura
10 Things to Do in and Around Zahle
Lebanon’s Five UNESCO World Heritage Sites
Art, History & CultureEditor's PicksNorth LebanonThings to doTrendingWhere to Go 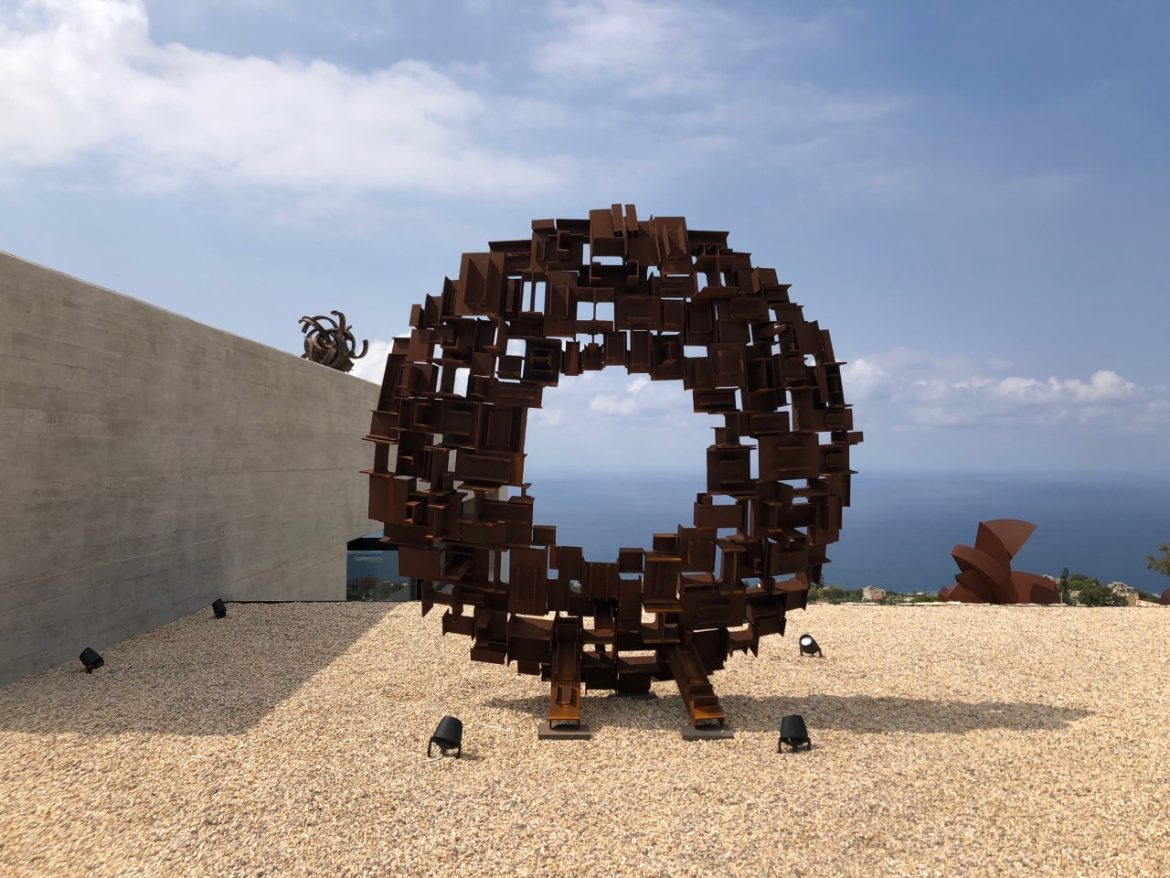 In the picturesque village of Rachana, located in the hills above Batroun, artist Anachar Basbous has brought Mohtaraf Anachar Basbous to life. We learn more about this intriguing art museum in Basbous’s hometown during a private tour with the artist himself. 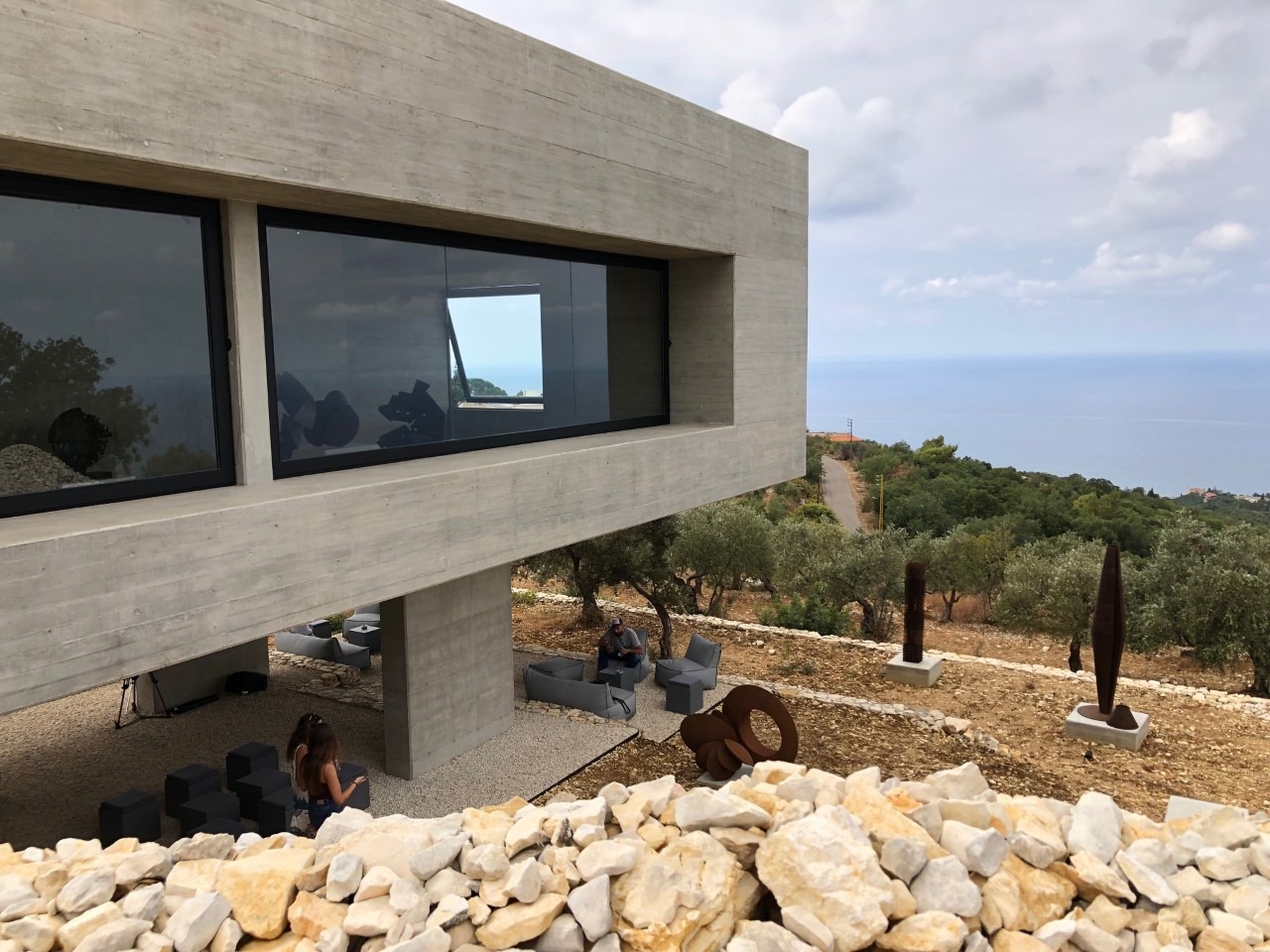 “Spheres exist everywhere: in our cosmos down to the smallest molecule. I love the shape; it conveys eternity and hope,” says Annachar Basbous as he guides us around MAB, his newly opened museum, atelier and art platform.

Designed by architect Jawdat Arnouk, the brutalist building, which took two years to complete, stands in proud contrast to the mountainous scenery that surrounds it. Overlooking an olive grove and the Mediterranean Sea in the distance, MAB is a place of dreams, wonder and curiosity. More than fifty works of art are on display both indoors and outdoors, including sculptures made of corten steel, steel, stainless steel, marble, wood, aluminum, basalt and concrete.

Among the standout pieces is Basbous’s first-ever sculptor, which he created when he was just 10 years old. 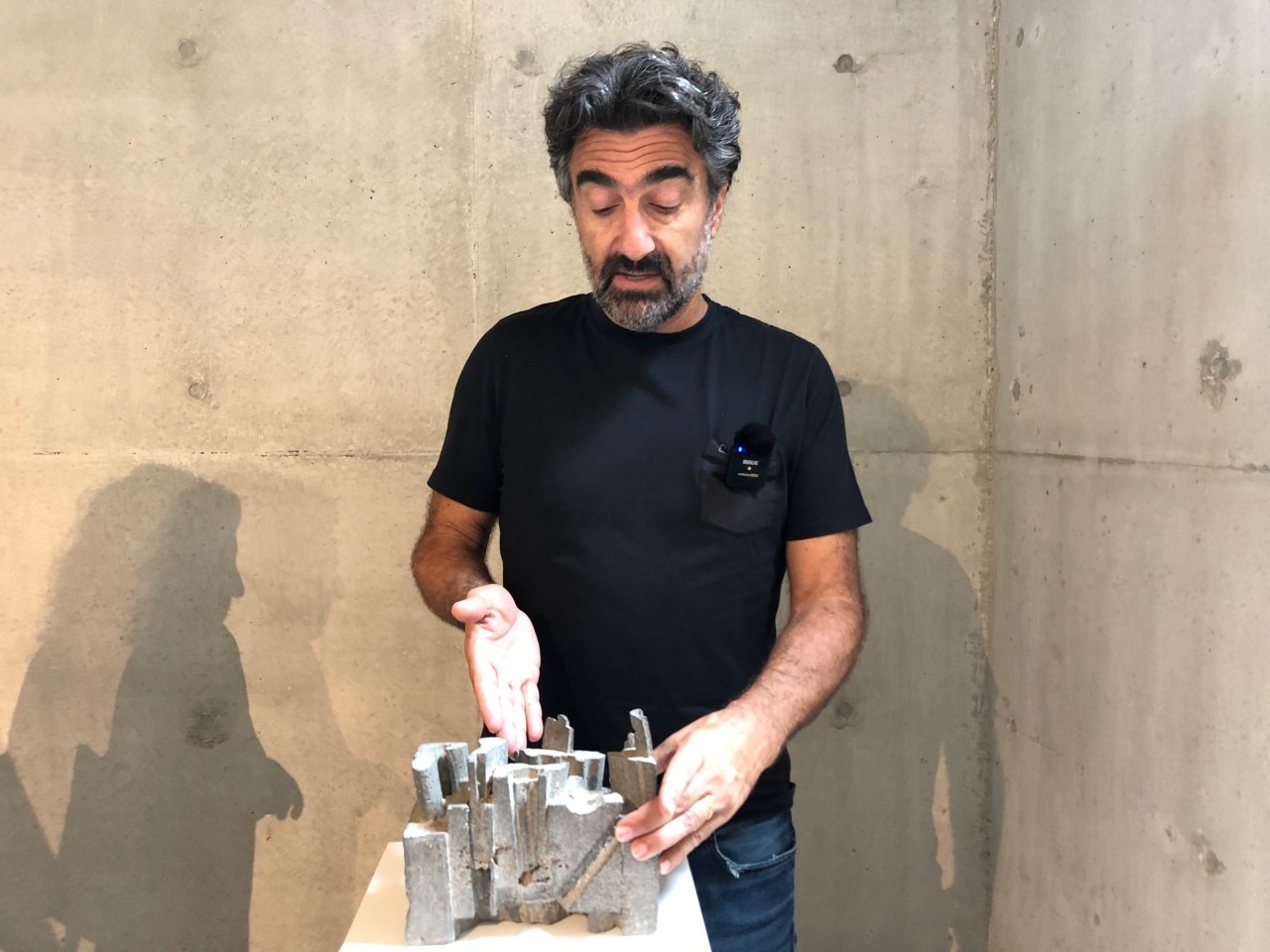 Basbous admits that after many years trying to emulate the work of his father, he accepted his rich artistic lineage, which became his “fuel” rather than a “weight” he was carrying around with him. “I was, of course, influenced by my father, Michel, who was a sculptor, and my mother, Thérèse Aouad, who was a writer and poet,” he adds. Symbolically, he has dedicated a section of MAB to his beloved parents; a room in the space where light floods in through a small glass window features a beautiful black and white photograph, a bronze sculpture created by Michel Basbous in 1954 and a selection of books written by Thérèse Aouad. 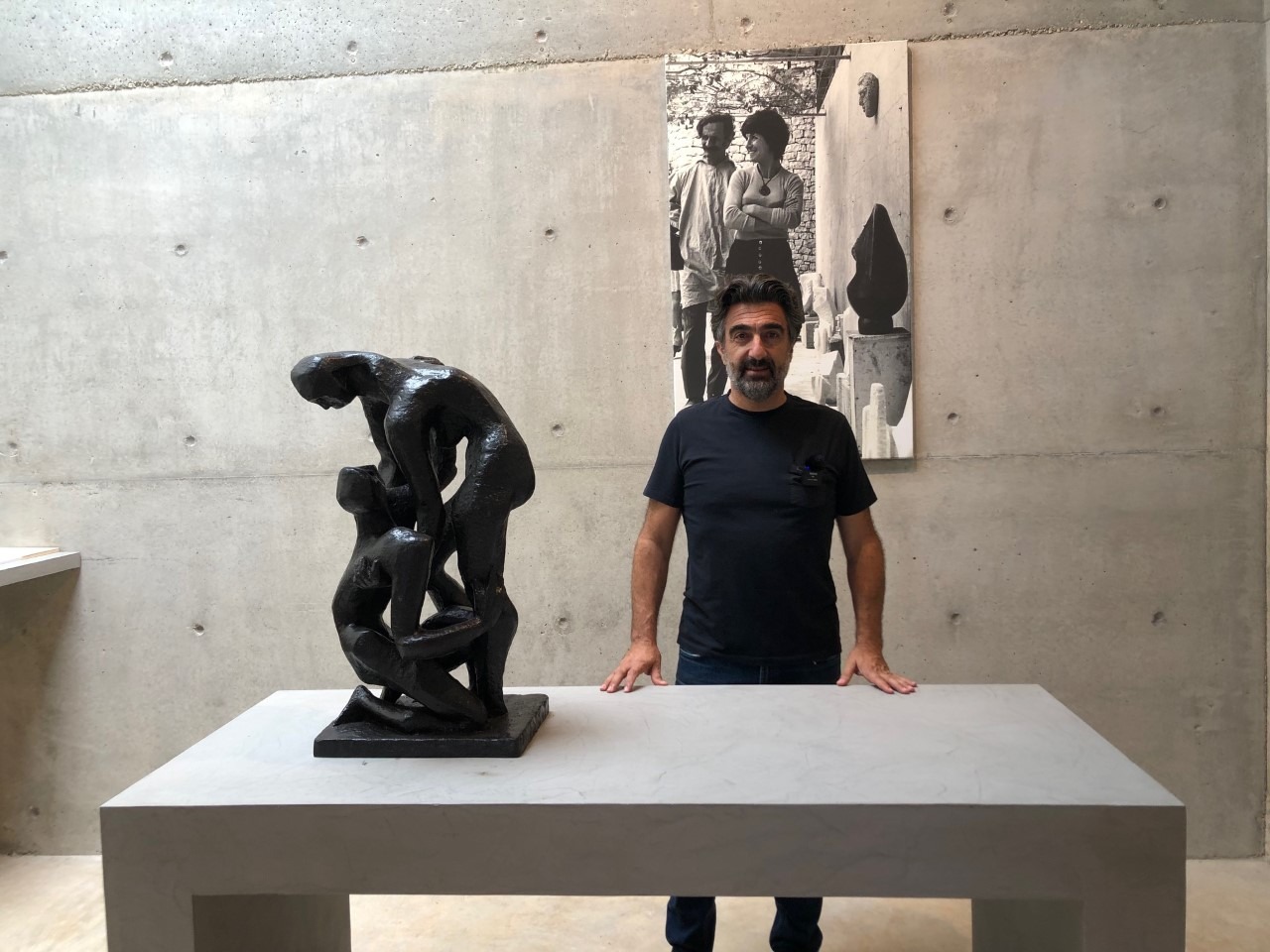 According to Basbous, the idea of a time machine is the most prominent theme in the space, allowing visitors to travel through time and explore both the realm of modern art and the past with the same insatiable curiosity that propels them to constantly travel to new places around the world. “I believe the space will captivate its audience in a way that allows them to experience a sense of connection with the past through their sense of smell, the earth beneath their feet and the feelings of those of the older generation,” he says.

In his artwork, Basbous sculpts geometric forms and integrates them to assemble an architectural shape that establishes a discourse with its environment and interacts with the sunlight. 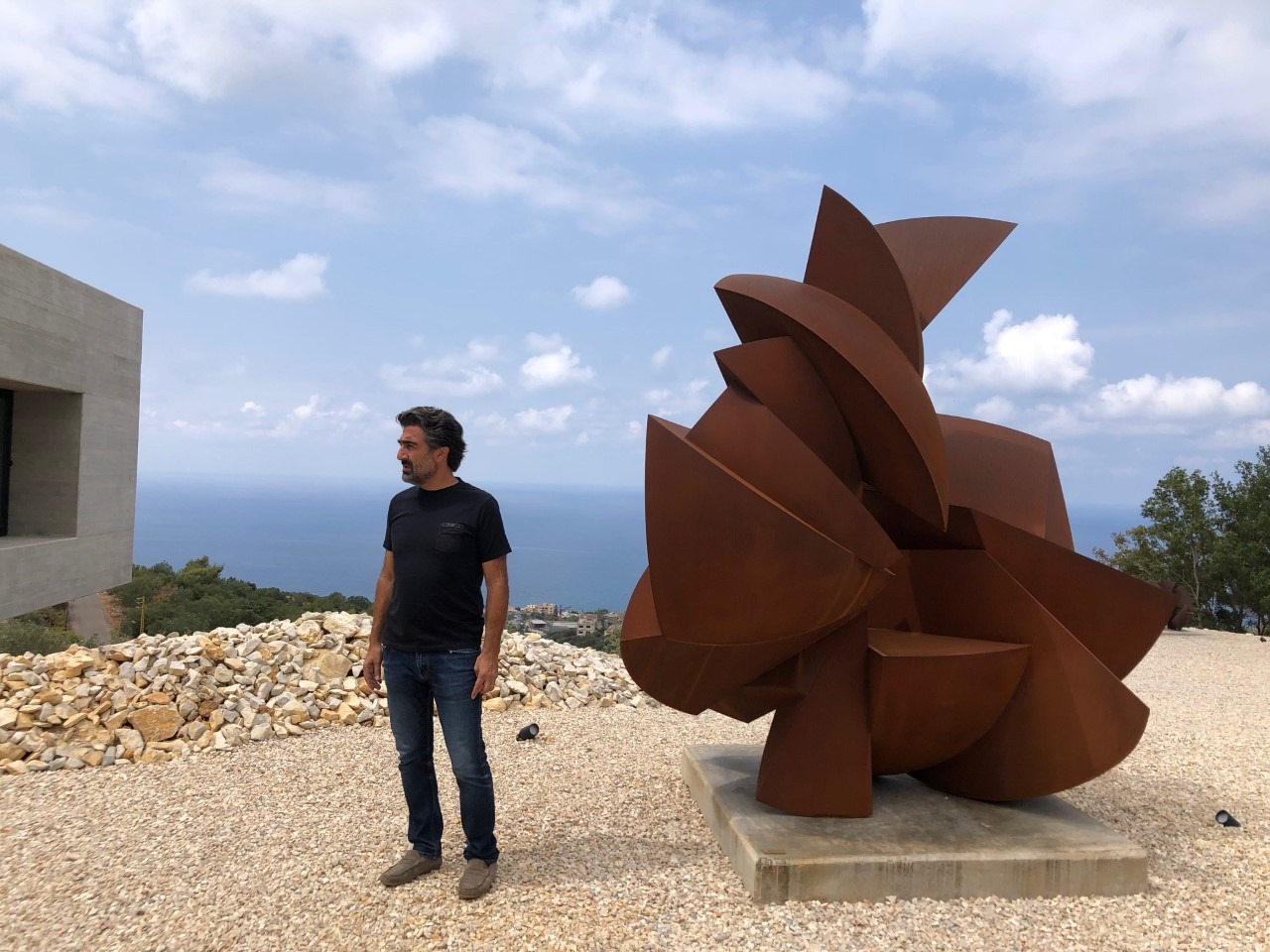 Anachar spent a year learning about architecture prior to pursuing a career in the arts and the influence of this particular field can be seen in his work, particularly in his most recent exhibitions.

His sculptures, which are pieced together from various components, create the illusion of movement through space while at the same time posing questions about dichotomies such as the relationship between the body and the soul and gravity and magnetism.

Top 10 Hikes in Lebanon to Enjoy this Fall