WHAT’S TRENDING ON LT
Discovering the Beauty of the Cedars of God
5 Places In West Bekaa Worth Checking Out
Lebanon’s Five UNESCO World Heritage Sites
La Datcha: Haven in Akoura
5 Things to Do in Akkar
Digging into Sidon’s History
Baalbeck: the ‘Sun City’
10 Things to Do in Anjar
Exploring Baskinta with Al Wadi Al Akhdar
Villa Chamoun Guesthouse, a Retro Revival in Hasroun
By PlaceDesigners & CreativesMuseumsPeopleWhere to Go

Lebanese architect and artist Nadim Karam has been wowing audiences around the world with his sculptures and installations. But despite his international fame, it is Karam’s childhood summer home in Daroun, Keserwan, which continues to influence his creative output. 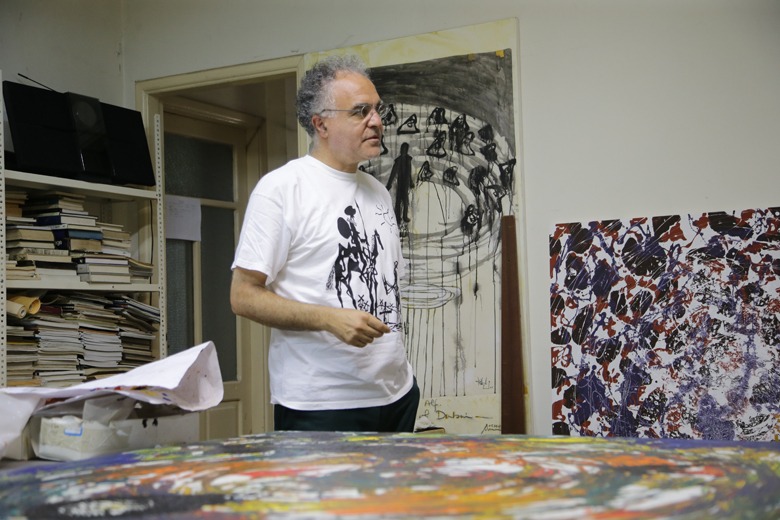 “My cousins and I used to play outdoors a lot in Daroun, where we would build those temporary tent-like structures with pillars,” Karam recounts. “My first sculpture was a stone hand; another was a face I spent the whole summer carving, something I haven’t done recently. They were very early works with some odd proportions; they were not perfect at the time, but I was happy with them.”

Surrounded by nature and beautiful sunsets in the mountains, Karam’s early memories are deeply nostalgic and bittersweet.

“We had lots of free time in the mountains and that’s where creativity plays its part,” he says. “We used to follow butterflies and pick flowers, just like all the other children in the village; but at that time my father got sick with cancer. While I have memories of a childhood full of joy, I also remember tougher moments.”

After graduating from the American University of Beirut with a degree in architecture, Karam moved to Japan to pursue his PhD at Tokyo University before returning to Lebanon to create his Beirut-based urban art project company, Atelier Hapsitus, in 1996.

Since then, his designs have graced the bustling streets of cities such as Beirut, Prague, London, Tokyo, Singapore and Melbourne. With every city project, Karam tries to create a connection between his artwork and those who view it, capturing a precious moment in time. “It’s a dream that should be shared and I always say that we go to work eight to five and it becomes monotonous,” he muses.

We need something on the way that takes us out of this monotony and sculptures in a city and the relationship between them allows for this moment of difference. Even if it’s just a second that makes you smile or dream, it’s important and I give everything when I embark on a project for a city.

Capturing the realm of possibility with grand structures often serving more than just an aesthetic purpose is key to Karam’s work, evidenced in his 2006 ten-sculpture installation on Melbourne’s Sandridge Bridge. Known as The Travellers, the sculptures move across the bridge three times a day, depicting the story of Australia’s immigrants while creating an urban clock in the city.

Those familiar with Karam’s work will have noticed the elephant motif crop up in several projects, such as the Trio Elephants in Paris and the Father Flower Elephant, shown at London’s Royal College of Art in 2011. Karam admits that the mammal represents hope and family, and is a symbol of things to come.

“I recently worked on a project in Lagos, Nigeria, called Elephant City. There is a whole community living inside the body of an elephant; it’s about 150 meters high,” he says. 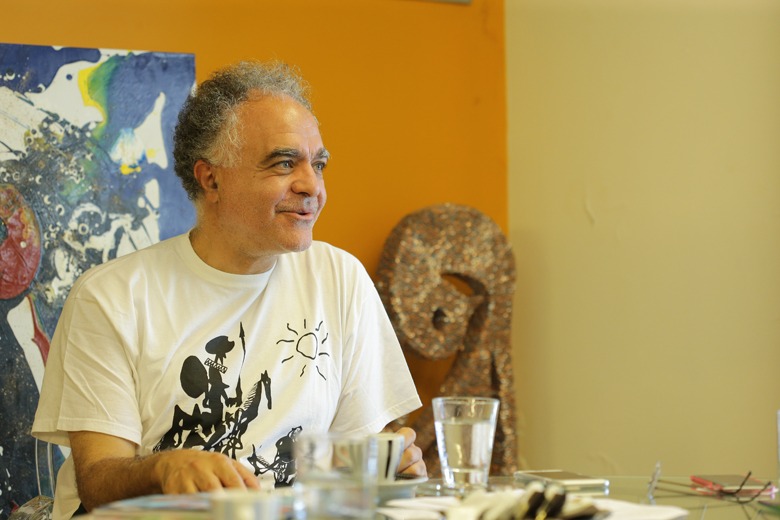 Each project acts as a building block of experience for Karam, with new challenges to overcome. His latest project was Kuwait’s Sheikh Abdullah Al Salem Cultural Centre’s six museums.

Usually the most recent project is the one that is most satisfying because it takes a lot from the previous project and you grow with each one.

“There are six museums all created by the same architectural office and when you’re going through the spine you can’t tell which is which. They wanted an identity for each thing so I came up with different sculptures explaining the history of Kuwait. They’re colored, 12 meters high and really define and reflect whatever is inside each museum.”

In September 2018, Karam opened a private museum and work studio in Daroun called A.MUSE.UM. The working studio, which he refers to as an “inverted space,” is nestled inside a 120-year-old traditional Lebanese house that Karam purchased 10 years ago. 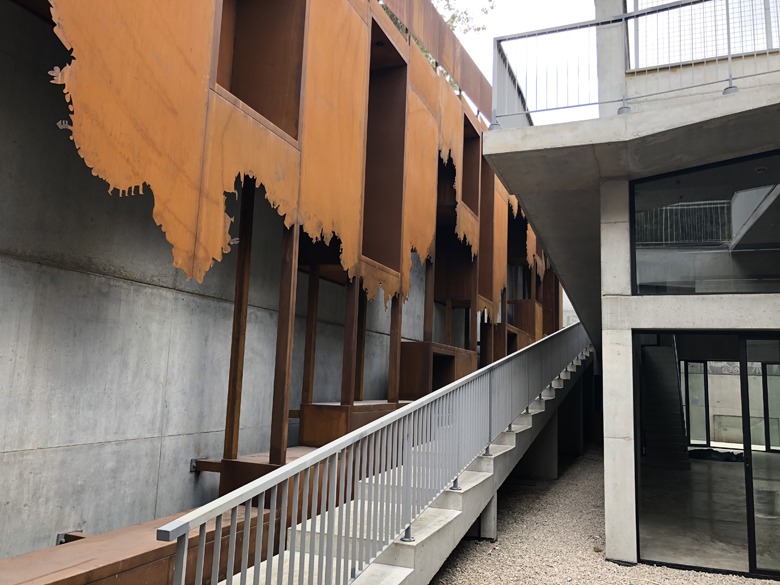 “I spend all summer up there; I needed a place to create, paint, write and think so I created the MUSE,” Karam explains. “I integrated the landscape so the roof of the MUSE brings back the terraces that used to exist while keeping the house as the dominant object.”

“It’s a full architectural project that means a lot to me, a place where paintings and sculptures are exhibited,” he adds. “The MUSE is a culmination of art and architecture, and it’s a starting point for many surprises.”

In parallel, Karam is focused on several urban projects abroad, admitting that it’s important to take the spirit of Lebanon with him wherever he goes.

“I always bring a part of my Lebanese background to the table. The story I give to a city comes from the streets of Beirut. This Lebanese identity is reflected in the sense that it’s me and I always work from Beirut and then go all over the world,” Karam says.