WHAT’S TRENDING ON LT
5 Ultimate Spring Road-Trip Destinations
10 Things to Do in Chouf
5 Things Foreigners Should Do in Lebanon
The History Behind Beaufort Castle
Beirut’s Mesmerizing MIM Museum
10 Photos That Will Make You Fall in...
Mini Guide to Chtaura
10 Things to Do in and Around Zahle
Lebanon’s Five UNESCO World Heritage Sites
5 Ultimate Tips for Your Next Camping Trip
Art, History & CultureLT LovesThings to doTraditional Lebanon

Backgammon: One of the World’s Oldest Board Games 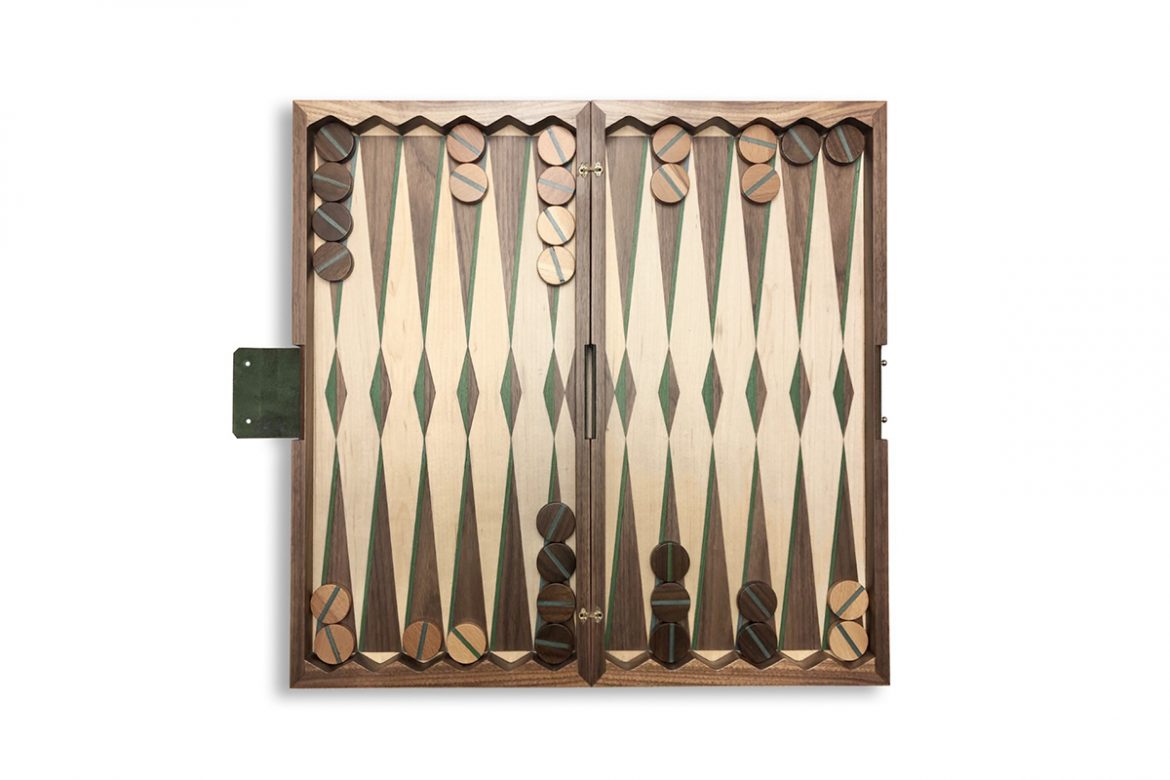 In Lebanon, backgammon is much more than just a game to pass the time; it’s a cornerstone of Lebanese identity. We explore the ritual.

Despite being one of the oldest two-person board games — its history traces back to an epigram of Byzantine Emperor Zeno from around AD 476-481 — backgammon (tawle) still remains popular in Lebanon today. Wander down any street and the game still has a strong presence, from open-air cafes to decorative boards on makeshift tables and chairs.

In the Beirut district of Achrafieh, one street lined with peach and pink colored crumbling buildings appears unchanged since the 50s. It’s a self-sufficient bubble where people, many of whom are elderly, all know one other. Here, playing tawle is part of daily routine, a way to kill time and relax during work breaks.

At three in the afternoon, butcher Wissam Saad and mini-market owner Tony Haddad sit on plastic chairs outside battling it out over a game of backgammon; they’ve gathered a small crowd of onlookers with jokes going around. “My father taught me how to play when I was a kid. I’ve played it almost every day since,” says Saad while rolling the dice. “Sometimes we have back-to-back tournaments where the whole neighborhood gets involved. It brings people together and on slow days at work it’s a fun way to pass the time.” 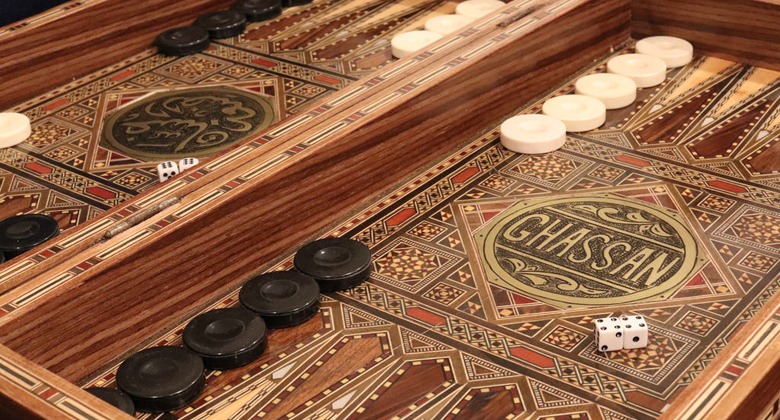 Though many backgammon players are from Lebanon’s older generation, interest in the game has sparked lately in the younger generation too with a new wave of players reconnecting to what many believe is a strong part of their history.

Lebanese designer George Geara‘s modern interpretation of the traditional backgammon table is exquisitely handcrafted. “Tawle is one of the oldest social games, and it has a lot of meaning for the Oriental man,” says Geara. “I wanted to create something modern using noble materials. The result is a decorative, collectible item that’s also enjoyable to play.” Geara’s elegant tables feature American walnut, colored inlay and brass dice. 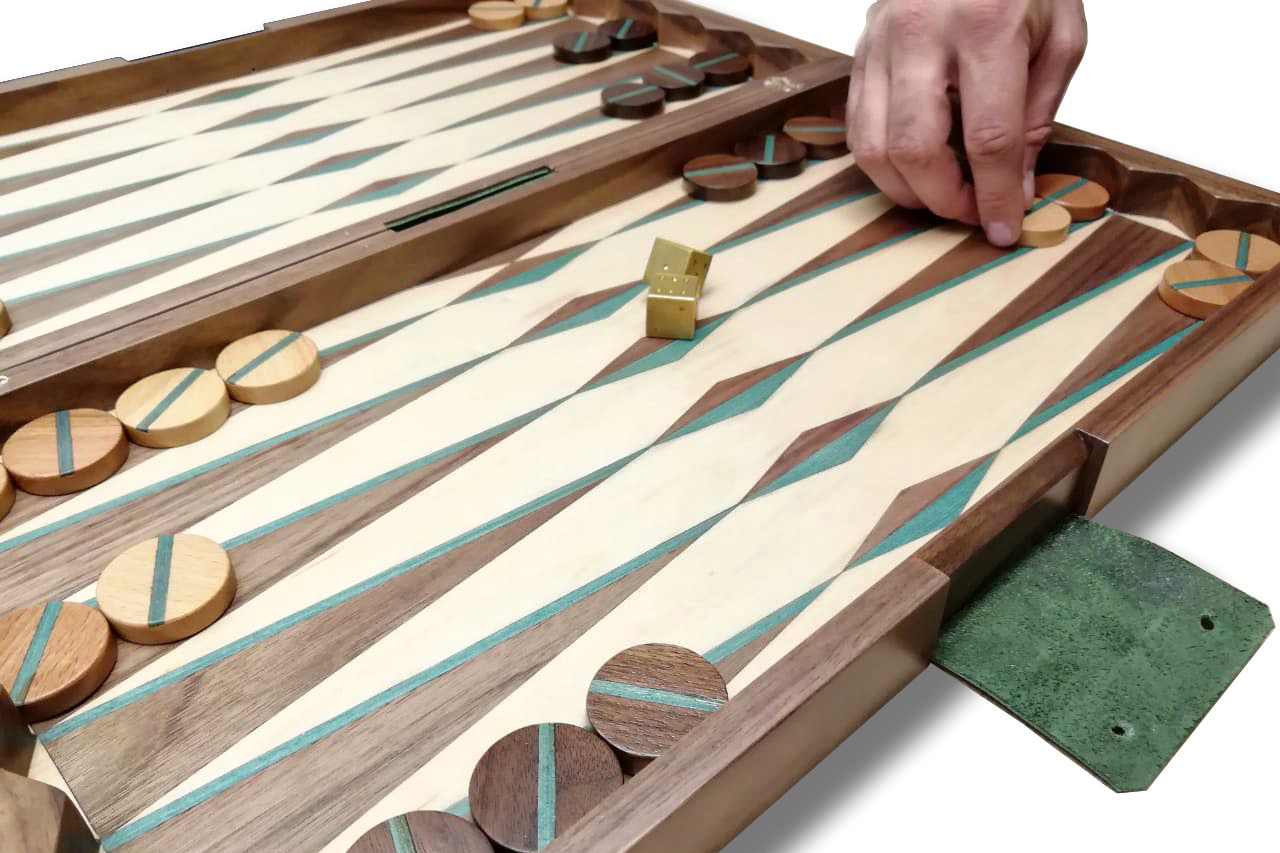 The game has also evolved in its form, with backgammon apps and online games making it possible to play the game via a smartphone while on the move.

A few different versions of the game exist in Lebanon and the Middle East; the most common form and easiest to learn is Sheish Beish. There’s also Wahdeh Tletine where a player is not allowed to put their checkers on the same squares as their opponents, stretching out the length of the game, and the Mahbooseh, where when a checker is hit the player places their own checker on top of it and “imprisons” it.

The Turkish influence of the game can still be heard in the pronunciation of the numbers rolled on the dice with players still using the expressions for the game:  yek (one), dü (two), se (three), cehar (four), penc (five) and ses (six).

12 Incredible Photos of Spring in Lebanon