WHAT’S TRENDING ON LT
Beit Tamanna: a Dream Come True in Beirut
5 Things to Do in Akkar
5 Ultimate Spring Road-Trip Destinations
10 Things to Do in Chouf
5 Things Foreigners Should Do in Lebanon
The History Behind Beaufort Castle
Beirut’s Mesmerizing MIM Museum
10 Photos That Will Make You Fall in...
Mini Guide to Chtaura
10 Things to Do in and Around Zahle
LT LovesNews & Editor's PicksReligious SitesThemesThings to doWhere to Go 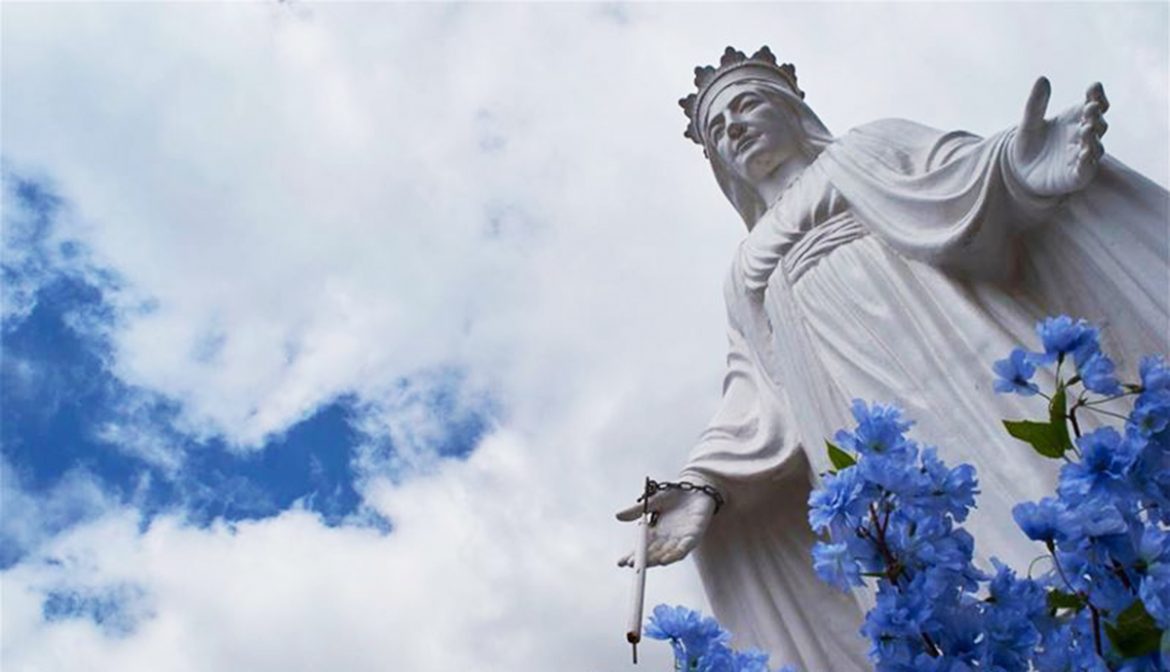 A national religious holiday for Christians and Muslims alike, Eid Al Saydeh is also known as the Feast of the Assumption of the Virgin Mary. A period of fasting and mourning, when no weddings or communions occur, starts on August 1st and ends at sundown on the Eve of August 14, leading to the feast day on the 15th. After which, for two weeks every year, celebrations take place across Lebanon. 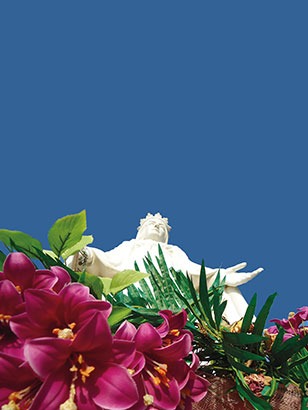 According to the belief of Roman Catholics, Maronites and other Western Christians, the Assumption of Mary was the bodily and spiritual taking up of the Virgin Mary into Heaven at the end of her life. Catholic Church teaches a dogma which Pope Pius XII dogmatically and infallibly defined, that the Virgin Mary “having completed the course of her earthly life, was assumed body and soul into heavenly glory.”

“The Greek Orthodox and Eastern churches know this belief as to the Dormition of the Theotokos whereby the Virgin Mary rose in spirit and her body is till today, buried in Jerusalem,” says Father Constantine Nassar of the Greek Orthodox Saint Nicholas Church in Achrafieh, Beirut. In the churches, which observe it, the Assumption is a significant feast day, commonly celebrated on August 15.

Mary’s Assumption is said to have been a divine gift to her as the ‘Mother of God’ whereby she rose to heaven. Western Christians also believe that she was free from impurity and was Annunciated while in her mother’s womb.

Whatever the belief, this period is marked by several activities that promote tourism, such as outdoor exhibitions for local produce, promoting charities and raising proceeds for the poor, or simply getting in touch with nature through activities like camping, hiking, and sightseeing. Meanwhile, the hospitality sector is constantly looking for better and more refreshing ways to help guests enjoy that mid-summer break. Whether it is municipalities, slow food farmers, artisans, scouts, or family committees, everyone gets involved.

Urbanites opt to visit cooler altitudes or beachfront villages where kermises are thrown by contributing families to raise funds for charity. They sell homemade olive oil and soaps, jams, pottery, handicrafts, knitwork, and delicatessens. They also promote slow-food small-scale farmers and children’s trivia games. Churches all over the country also call upon private charities in order to help the needy.

“We are expecting a lot of visitors, who can experience exterior local heritage, specialties, delicatessens and produce at each village’s bazaar, whilst being able to come back to the tranquil interior or hotel,” explains George Karam, Director of Sales and Marketing at the Intercontinental Mzaar Mountain Resort & Spa. Tourists and local families from all religions can enjoy a mid-summer break in the remarkable altitude of the area – famous in the winter for skiing – along with precious time away from the bustle and heat of the city.

Festivities around the country 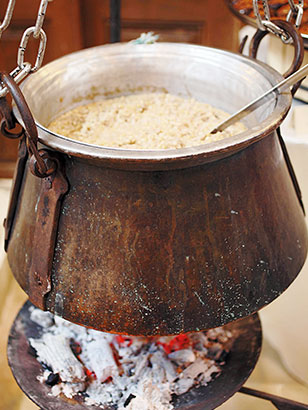 The traditional dish served all over Lebanon to break the fast on the Eve of the 14th is ‘Hreeseh.’ A broth made from boiled wheat and chunks of lamb/beef bones and cutlets, this dish is a healthy, nutritious meal symbolic of the basic essentials of life; wheat, water, and some meat to flavor a broth. Today, every cook adds their perfecting ingredient to make this dish a must-have during the feast and a delicious one!

Anfeh is a town lying on the coast of Al-Koura district in North Lebanon located 65 Km from Beirut. The Crusaders built Our Lady of Al-Natour Monastery, on the Cape of Al-Natour, over Byzantine ruins, at Raas Al-Natour, an area that lies opposite to the Anfeh Peninsula. People from the entire region visit this historic monastery during this feast. The Our Lady of the Wind Church is another site built during the Byzantine era and located on the peninsula’s northern coast. The town’s importance stems back to this church, which many historians consider to be the oldest church in the Middle East—decorated with frescos that are so faded that they can only be viewed when the wall is wetted with clean water. The church is located amid now endangered salt marches.

Beirut’s urbanites take comfort in the cozy Church on Makhoul Street in Ras-Beirut, where special masses are held for the occasion, followed by a festive reception of Hreeseh, Lebanese delicacies, and neighborhood fireworks. 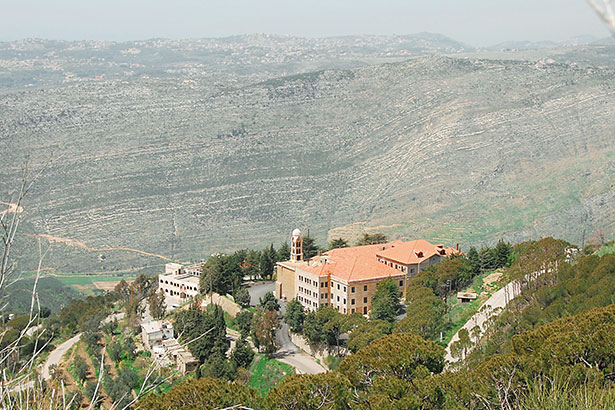 Bhamdoun is also famous for its festivities around the Saydeh Church located in the main village square better known as “Sahat Eddayaa”. Because Bhamdoun is close to Beirut it is the summer second home to many Beirutis, each household triples in number on this day, and the streets are filled with people from all over. A night mass is held while Hreseeh is prepared right under the terrace of the church. Another unique feature of Bhamdoun is the famous local ‘tamrieyh’, a crunchy square pastry made only on exceptional occasions!

Deir el Qamar, situated in the Chouf region, is a much-frequented destination for tourists looking for a dry, cool atmosphere within a convenient half-hour drive from Beirut. The population of the Chouf, cooperate on creating an experience that exposes people to the region’s staple traditional crafts, foods, tapestries, flavors, and homemade delicatessens like jams, syrups, orange blossom water, olive oil, and most importantly, the dish that is served all over Lebanon in parallel with this holiday: Hreeseh.

Faraya and Faqra On this occasion, six days of fun include concerts, dance performances, handicraft exhibitions, book animation sessions, and a variety of activities.

Hamatoura, a village near Kousba in the Batroun region, houses an ancient Church built into the rocks of the mountains, called The Church of Dormition or “Kneesit Rukkad Al Saydeh” where people from all over visit for the special mass that is held there during this time.

Jezzine is a town located 73 km south of Beirut at an altitude of 950m, where grand religious and cultural festivities take place during this holiday. The town is famous for its shrine of Our Lady of the Waterfall. Ancient sarcophagi and Crusader remains, and sites are scattered about the town, along with remains like The Saint Antoine Convent belonging to the Antoine order (1774). Kafr Jarra, a village that lies south of Jezzine also houses the Church of Saint John the Baptist. Built in the 16th century, it is one of the oldest churches in the area, and the Lebanese Directorate of Antiquities is currently restoring it.

Maghdouché According to Christian belief, when Jesus came to Sidon, the Virgin Mary who accompanied him waited for him at the top of the hill where Maghdouché is located today, 8 km southeast of Sidon. She spent the night in a cave that came to be known as Mantara, or the “Awaiting.” Emperor Constantine the Great responded to St. Hélène’s request and transformed the cave into a sanctuary for the Virgin. He erected a tower in honor of the Virgin. Unfortunately, the tower collapsed during the earthquake of 550. Later, King Louis IX erected a watching tower in the same location. A shepherd discovered the Mantara cave accidentally in 1726. An icon of the Virgin was also discovered, and it was of Byzantine style, dating back to the 7th or to the 8th century. Since then, the cave has been transformed into a place of pilgrimage for all the Lebanese confessions. In 1860, the Greek Catholic Church became the owner and transformed the cave into a sanctuary in 1880.

Zahle and the Bekaa A Marian shrine is located in the city of Zahlé in the Bekaa Valley. A ten-meter-high bronze statue of the Virgin Mary, sculpted by Italian artist Pierroti, rests on a 54-meter high tower, crowning a hill known by the name of Tel Chiha. An elevator takes pilgrims and tourists up to a platform overlooking the brick-adorned town and offering panoramic views of the valley. At its base, the tower houses a small chapel that seats nearly 100 people.

Why You Need to Visit Anjar Eco Park this Summer