WHAT’S TRENDING ON LT
5 Ultimate Spring Road-Trip Destinations
10 Things to Do in Chouf
5 Things Foreigners Should Do in Lebanon
The History Behind Beaufort Castle
Beirut’s Mesmerizing MIM Museum
10 Photos That Will Make You Fall in...
Mini Guide to Chtaura
10 Things to Do in and Around Zahle
Lebanon’s Five UNESCO World Heritage Sites
5 Ultimate Tips for Your Next Camping Trip
BekaaExplore LebanonRegionsWhere to Go 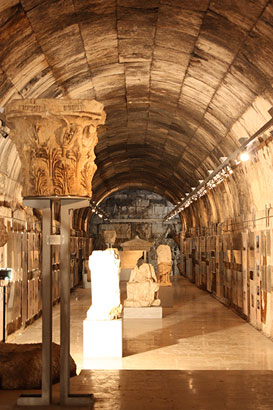 Originally a Phoenician town thought to have been inhabited since 9000 BC, Baalbeck was a place of pilgrimage for the Sky God ‘Baal’ and his Queen of Heaven ‘Astarte’. 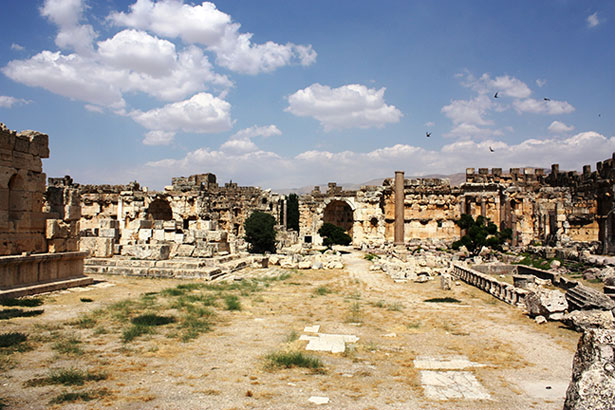 Today, it is a part of the controversial but beautiful Bekaa Valley of modern day Lebanon, located between the Litani and Orontes (Al Aasi) rivers at an altitude of 1,170 meters, above sea level.

For residents of the Levant, it is the intersection between the main east-west and north-south trading circles of the region.

For me, it is a marvelous example of historical architecture that I was delighted to discover for myself on a hot and sunny afternoon last June. I had heard many mention of this metropolis, but was yet to stand before the impressive row of age-old pillars.

Finally, well hydrated, guidebook in hand and my energetic sister by my side, we set off on an 85 km mini expedition by road from Beirut to our destination.

Excitement slowly started to build as we approached – we were about to see an important piece of the past, practically in our backyard! Unfolding ourselves from the car, we were welcomed by caretakers of the municipality, who pointed us in the right direction. We had arrived at Baalbeck – a UNESCO World Heritage site, as of 1984.

Immediately, our attention was drawn to the pale orange sandy color of the immense and somewhat irregularly shaped rock structures. There was a steep flight of steps to the main grounds above, challenging us. Climbing to the top, our minds were immediately transported to the 1st millennium BC.

In Alexander the Great’s reign, in 334 BC, Baalbeck was known as Heliopolis (City of the Sun) and in 47 BC, it was Julius Caesar’s Roman colony, in what is now Syria.

“Excitement slowly started to build as we approached – we were about to see an important piece of the past, practically in our backyard!”

Once the site of rituals like ‘sacred prostitution’ and bloody other forms of worship, this was the foundation of the three famous temples – of Jupiter, Bacchus and Venus – an extended project begun in 60 BC, built by 100,000 slaves and finished 120 years later. 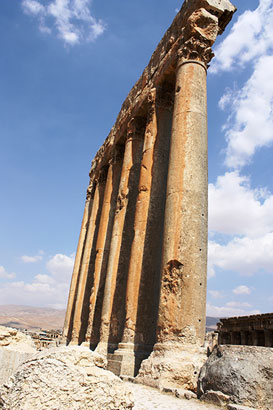 The Temple of Jupiter originally featured 54 of the largest such columns in the world – 22.9m high and 2.2 m thick. Only six have survived the ravages of time and the elements.

As for the historically beautiful Temple of Bacchus, there are 30 steps just to get to the entrance. The perimeter consists of 23 columns and there are still faintly visible primeval scenes – lions and bulls, cornucopias and Roman gods such as Mars and Diana, which demonstrates the artistic expertise and mindset of the people of that time.

In the years that followed, there was a back and forth power struggle for control over the complex between various rulers and their respective religions. Despite all the destruction between pagan parties of rule and Christians as well as natural causes, the ruins of Baalbeck are rather remarkable, and remain an example of the world’s best-preserved Roman temple designs.

Coming back to the present and now that you may have been enticed to embark on your own explorations of the intriguing old town of Baalbeck, it is important to have on, the right adventure gear to protect yourself from the heat and of course, minimize the chances of scrapes as you scramble mountain-goat style for that perfect photo opportunity between the mammoth stones and hard-to-reach nooks.

In 1956, then Lebanese President Camille Chamoun officially named and declared the Baalbeck International Festival, a government institution. It is held in the most unique venue of the ruins of the Temples of Bacchus and Jupiter and has featured international and local plays; opera, pop and jazz concerts, dance performances by the likes of Caracalla, shows from the New York Philharmonic Orchestra and beyond. 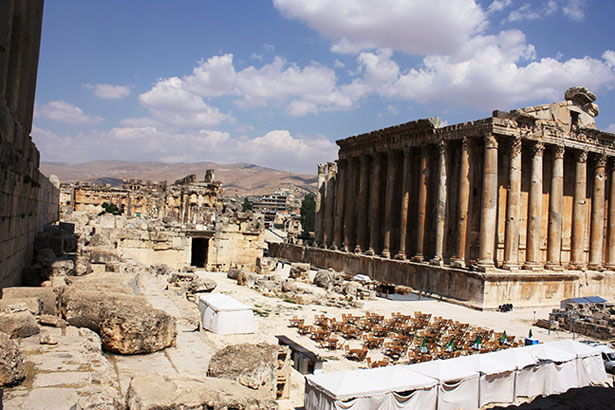 P.S.: (Prices have changed due to the current dollar situation)*

Where to eat & stay

Admission to the ruins is 15,000 LBP (children under 8 enter for free) and the site is open to the public as early as 8:30 am to sunset; around 7:00 pm during the summer season.

If you would like a personal tour, guides charge about 20,000 LBP an hour, or you can choose to wander wherever your curiosity takes you.