WHAT’S TRENDING ON LT
Beit Tamanna: a Dream Come True in Beirut
5 Things to Do in Akkar
5 Ultimate Spring Road-Trip Destinations
10 Things to Do in Chouf
5 Things Foreigners Should Do in Lebanon
The History Behind Beaufort Castle
Beirut’s Mesmerizing MIM Museum
10 Photos That Will Make You Fall in...
Mini Guide to Chtaura
10 Things to Do in and Around Zahle
Food HeritageLT LovesTraditional LebanonWhere to Eat & Drink 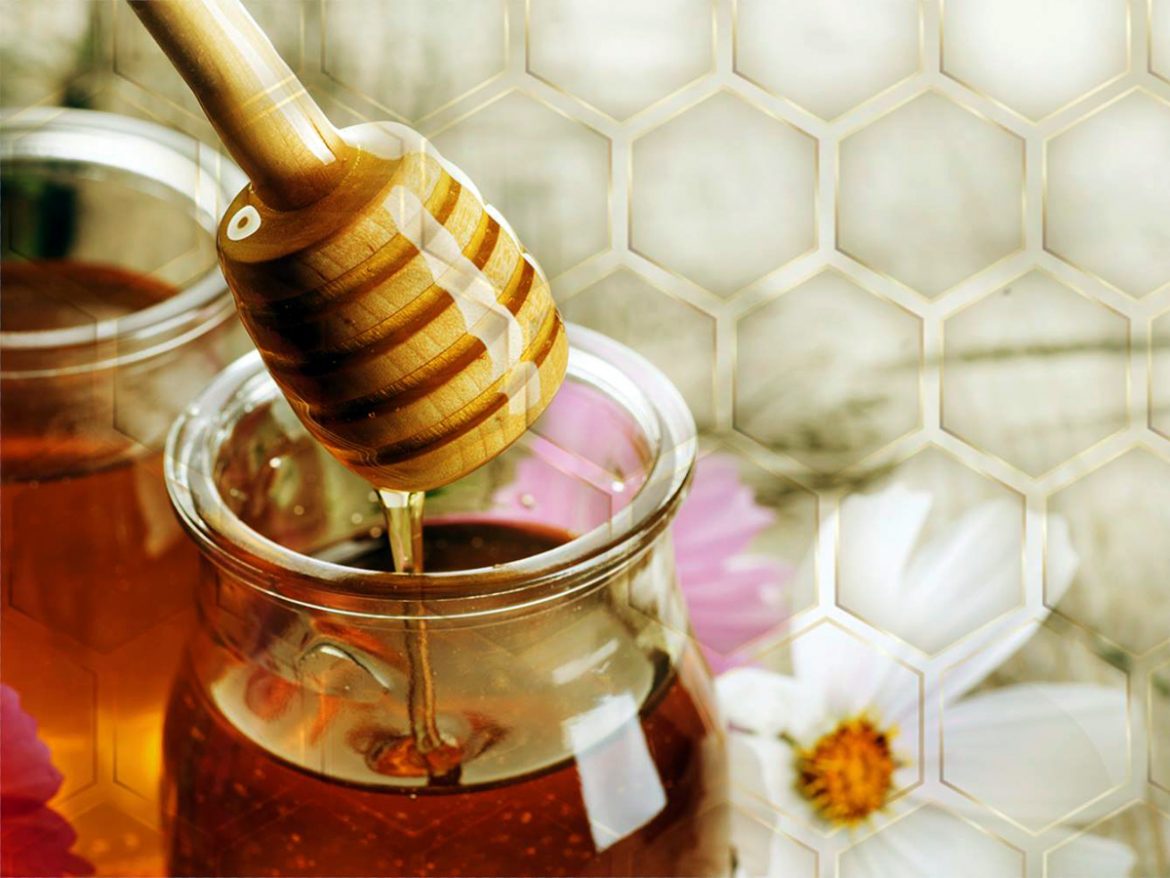 Honey, one of nature’s natural delicacies, has been a part of our diet for centuries. The Food Heritage Foundation’s Zeinab Jeambey traces its early uses and explores the varieties that can be found in Lebanon today.

Mentioned in religious texts as a celestial food and praised for its health and medicinal properties, honey collection from natural beehives can be traced back to the late Stone Age. In the ancient Middle Eastern region, honey was used as a sweetener for food and wine and in the Sumerian and Egyptian civilizations it was a main ingredient in medical prescriptions to treat ailments such as eye and skin diseases, coughs, ulcers and stomach diseases. Egyptians also used it as a preservative agent in the process of mummifying the dead (“Honey and healing through the ages,” Richard Jones, International Bee Research Association.) 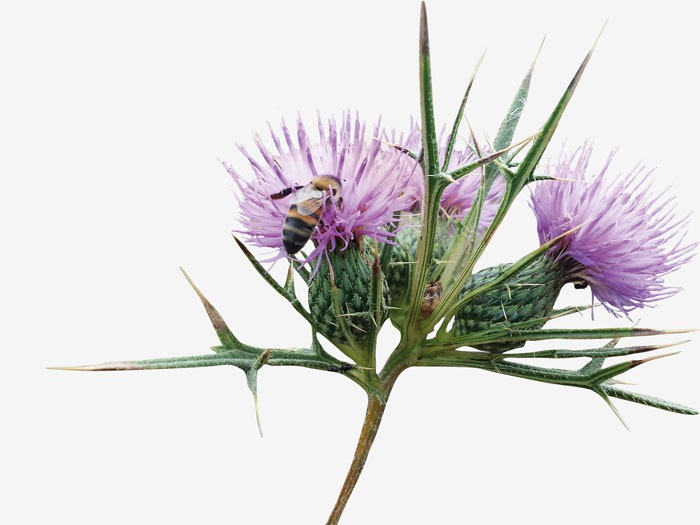 Honey is produced by honeybees mainly from the nectar of flowers and honeydew, a product of sap-sucking insects left on the plant for bees to collect, like the honeydew found on oak, cedar and juniper trees in Lebanon. Honeybees extract these sugary substances and bring them back to the beehive where they process them by adding enzymes and extracting water in order to slowly transform the nectar, sap and honeydew into honey. Honey is then stored in wax cells, and sealed as storage food for the bees in times of nectar shortage. It comes in different colors, depending on the source of nectar or honeydew the bees collect. 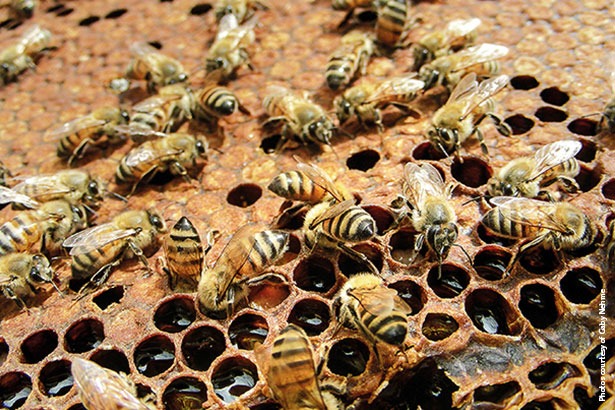 Honey is considered a nutritious food, mainly constituted of sugars such as glucose, fructose and sucrose, water and small amounts of amino acids, minerals, aromas and enzymes. Though only found in traces, the enzymes bees add to honey are of important nutritional value because they produce the antibacterial agent, hydrogen peroxide (H2O2), that inhibits the growth of certain food-born bacteria such as E. coli. These enzymes are heat sensitive. A temperature of 40 degrees and above destroys them, thus causing the loss of their health benefits.

Many consumers, and unfortunately, unknowledgeable beekeepers, believe and vehemently argue that honey crystallization is a sign of honey adulteration with sugar and corn syrup. This misbelief has become widespread in our society. In fact, honey adulteration can only be detected by laboratory tests. Honey crystallization on the other hand, is a natural process that occurs due to many factors such as the nectar source, the ratio of different sugars found in honey and the presence of sediments that might stay in honey after honey extraction which helps initiate the process.

Here and there: beekeepers and their stories

Jeambey speaks to beekeepers across the country, to discover their connection with beekeeping, their stories and the types of honey they produce: 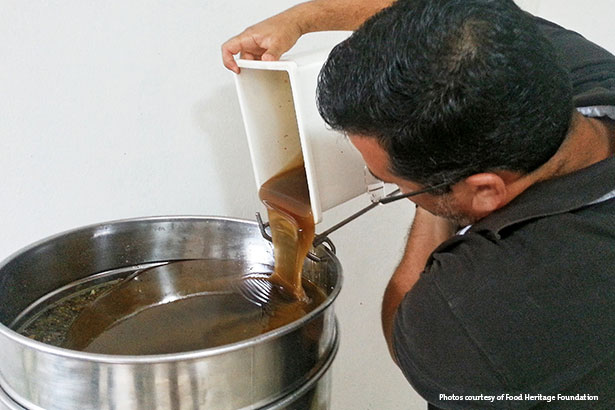 Fady Daw remembers his grandfather’s beehives in clay jars; the trade skipped a generation and was taken up again in the family by him. He’s now been a beekeeper for 24 years. Owner of Adonis Valley, a company producing and selling organic foods, Daw began beekeeping in his second year of university as an agricultural engineer.

He specializes in black oak honey, explaining that Lebanese consumers favor it because of its mild sweetness and low crystallization. Daw places his beehives around his village Fatri in Adonis Valley and rarely moves them during the year. For him, the geographical location of Fatri endows it with a natural wealth of oak trees and wild medicinal plants such as thyme, sage and oregano that make the perfect pasture for his bees.

Honey talk: Having completed his diploma thesis on black oak honey, Daw’s something of an expert on its properties. “It is one of the most nutritious kinds of honey because of its exceptionally high mineral content, almost double the amounts found in lighter colored honey,” he says. “What’s more, it’s richer in pollen, meaning richer in amino acids, as well as enzymes and flavonoids, which are the antibacterial, and antioxidant agents found in honey.”

Daw’s recipe: To treat a sore throat, heat a tablespoon of honey with apple vinegar or lemon juice for 20-30 seconds, gargle and swallow. Follow twice a day for two days.

Raed Zeidan never originally thought of becoming a beekeeper, but after his father suffered an accident, he found himself assisting with the family beekeeping business. In 1992, Zeidan discovered and gathered a naturally occurring beehive, motivating him to start his own beekeeping business.

Twenty years on and Zeidan now teaches beekeeping in the technical agricultural school of Baakline – the Chouf, passing on the trade to new generations. He moves his bees several times a year, allowing them to forage on the flowers from which he wants to produce honey; from orange blossom located east of Tyre for wild flowers and thistle blossoms found at mid and higher altitudes. Towards the end of September, Zeidan places his beehives in areas where inula blossoms, so that his bees collect their winter reserves from the nectar of this nutritious plant for the harshest days of winter.

Honey talk: Diabetic patients often chose jurdi honey because of its low sucrose content and milder sweetness. It is also commonly used to treat stomach ailments such as food poisoning.

Zeidan’s recipe: A daily intake of one teaspoon of honey in the morning and at bedtime treats asthma and allergy problems as well as colds and influenza. 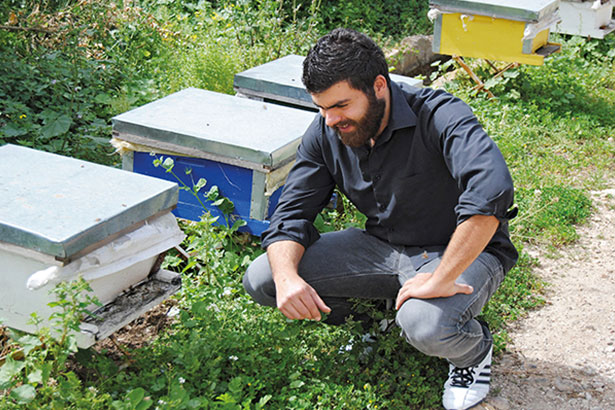 Johny Abou Rjeily’s love for agriculture, wildlife and bees in particular naturally brought him to begin a beekeeping business in 2007 when he bought his first three beehives. What began as a hobby, rapidly evolved into a professional business. For orange blossom honey Abou Rjeily places his hives around the region of Tyre, for oak honey, in Broumana, Ennaya and Aley and for wild flower and thistle blossom honey, in Dhour el Shweir and Akoura.

Honey talk: Abou Rjeily encourages consumption of all types of honey since each has its own health benefits.

Abou Rjeily’s recipe: Mix honey with ginger and lemon to treat colds and with cinnamon for all kinds of ailments. 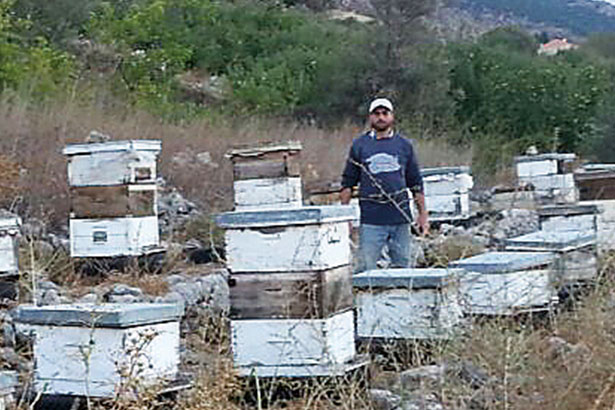 Since the ’80s, beekeeping was Al Rassi’s main source of income until changes in Lebanon’s agricultural landscape started affecting his levels of honey production. He currently places his hives around Tyre to collect orange blossom honey and in the highlands of Saghbine and Aitanit to collect wild flower and thistle blossom honey. Al Rassi explains that when in season, the highlands of his village are abundant with eryngo as well as wild mint, wild berries and globe thistle blossoms which make a rich-tasting summer honey.

Honey talk: Al Rassi believes that honey is a very nutritious food and makes sure his grandchildren eat a spoonful every morning before school. 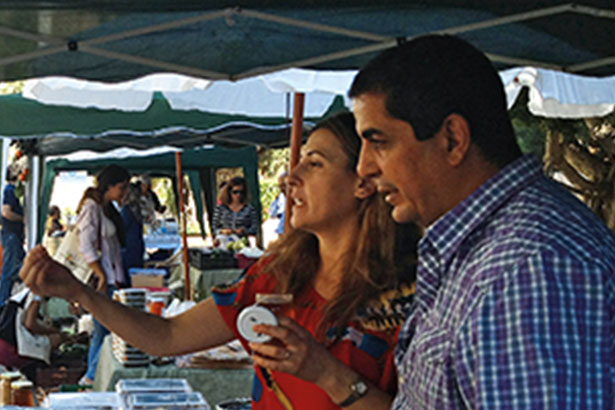 A beekeeper for 36 years, Habib’s first connection with beekeeping was in his teen years with his father. Since, then it’s the only trade he has known. He moves his bees several times a year, so they forage on a variety of blossoms such as loquat, inula, apple, orange and eucalyptus. He places some of his beehives in regions with many oaks and cedars to benefit from the honeydews that form. He also places other beehives in the highlands so that the bees forage on thistle blossoms such as eryngo and globe thistle.

Honey talk: “Wild flower and thistle blossom honey is rich in pollen and thus highly nutritious,” says Habib. “Cedar honey has health benefits for the arteries and is prescribed for people with high blood pressure. It also provides a protective coat for sensitive stomachs. Orange blossom honey is beneficial for rheumatism and eucalyptus honey for allergies and asthmas.”

Habib’s recipe: For an anti-aging facial mask, mix one gram of Royal jelly, one teaspoon of oak honey and two drops of lemon juice.

In Lebanon, honey production follows the flower blooming and honeydew seasons of different herbs, flowers and trees (“Your guide to beekeeping,” Ollaik R. 2010.)