WHAT’S TRENDING ON LT
5 Ultimate Spring Road-Trip Destinations
10 Things to Do in Chouf
5 Things Foreigners Should Do in Lebanon
The History Behind Beaufort Castle
Beirut’s Mesmerizing MIM Museum
10 Photos That Will Make You Fall in...
Mini Guide to Chtaura
10 Things to Do in and Around Zahle
Lebanon’s Five UNESCO World Heritage Sites
5 Ultimate Tips for Your Next Camping Trip
Explore LebanonLT LovesRegionsSouth LebanonTraditional LebanonWhere to Go 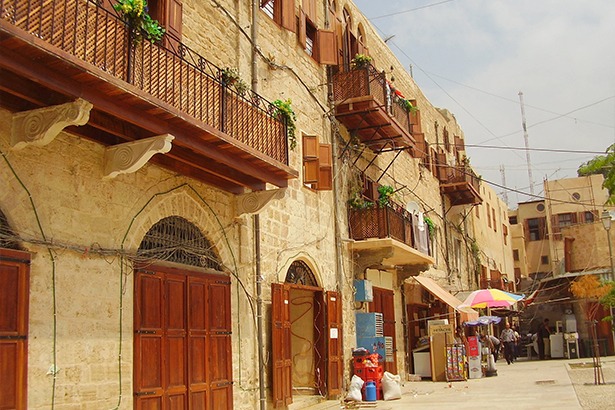 Since the 14th century BC, the Lebanese coastal town of Saida has been a commercial center with strong trade links with Egypt. The city rose in prominence from the 12th to 10th centuries BC, its wealth generated from trading murex that produced an expensive, highly prized purple dye, which was eventually exploited to the point of extinction.

Saida was famed for its glass-making, which was considered the best in the world. The town also became known for shipbuilding and provided experienced sailors for the Persian fleet. The king of Saida was admiral of the fleet and successful in campaigns against the Egyptians in the 6th century BC, and later against the Greeks, giving Saida a degree of independence from its Persian overlords. This lasted until the middle of the 4th century BC, when a Phoenician rebellion, centered in Saida, incurred the wrath of the Persians. 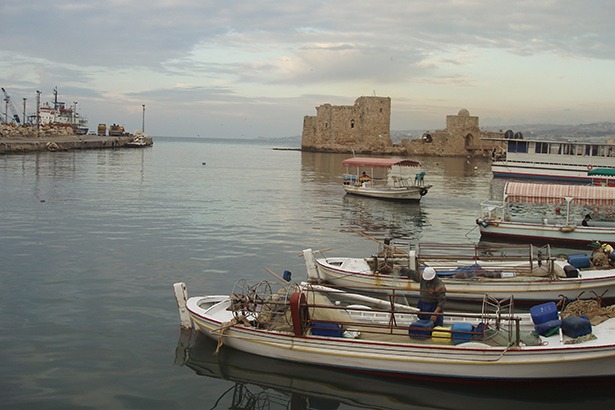 During the Byzantine period, the aftermath of the devastating earthquake of AD 551 saw Saida fare better than most other Phoenician cities. In 667 the Arabs invaded and the city took on the Arabic name Saida, still widely in use today.

Saida’s fortunes rose in the 15th century when it became a trading port of Damascus. In 1791, the Ottoman pasha of Acre, Ahmad al-Jazzar, drove the French from the town and Beirut took over as the center of commerce. An earthquake in the 1830s, followed by bombardment during the Ottoman–European campaign to remove Bashir Shihab II, helped ensure the city’s fall into relative obscurity.

A Stroll Through Historical Saida

Saida offers a multitude of Ottoman buildings, military and religious. The Hammoud palace (Madrassat Aisha) once housed Ottoman soldiers until the French military during its mandate and finally the modern day Internal Security Forces, before being completely abandoned.

The St. Nicolas Cathedral, which stands on the site of an ancient basilica of the eighth century, was built in 1690 and was the seat of the Orthodox Archbishop of Saida. It has some interesting features such as a small room where St. Paul and St. Peter are believed to have met and a trapdoor, which according to legend provides access to a tunnel linking the sea castle to the land castle. 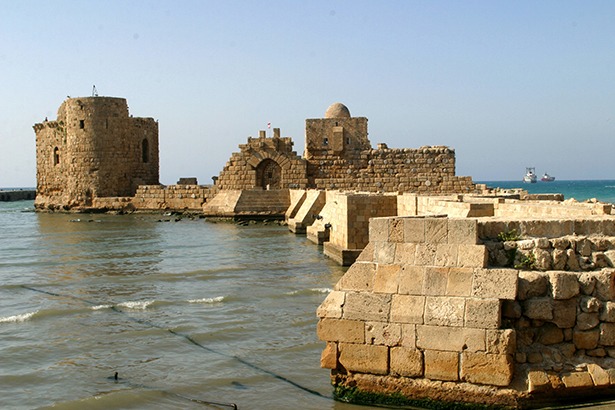 Saida also has a synagogue, which according to some historians dates back to 833 while others believe it goes back to the destruction of the Second Temple during the time of Christ. A photo taken 15 year ago by Sami Karkabi shows Hebrew characters on the medallions. Today, unfortunately, the synagogue is squatted and the characters are daubed with red paint.

Other places of interest include the Al-Omari mosque, the Kikhia mosque, the Chapel of the Franciscans (Terra Santa) built in 1856 by Antoine Catafago, the Audi Foundation’s Soap Museum, the Debbané Palace and the Sacy residence that stands on the cross foundations. Also, the Serail Square as well as the nearby St. Louis Castle and the Fakhreddine Baths sold by an Ottoman dignitary in 1856 to the Jesuits monks who turned it into a college. 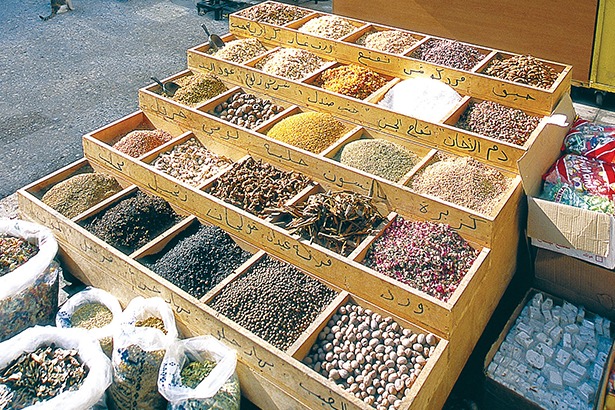 Saint-Joseph University’s professor Andre Sacy is so enamored with the history of his hometown of Saida that he has literally scrutinized every corner of its sites and their history. He has come up with the following findings: 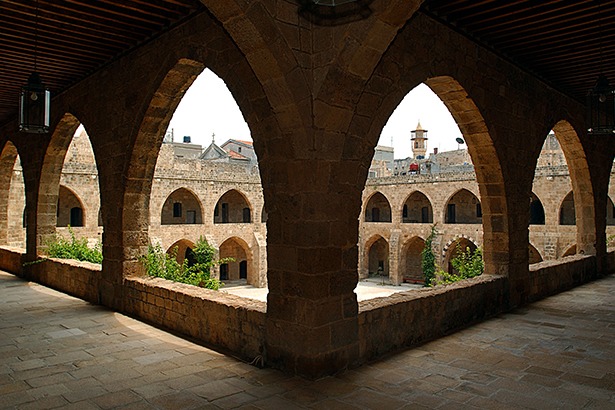 Shawarmas are a fixture in Middle Eastern souks and this is true for Saida as well. There are numerous shawarma stands scattered around the souk, making them convenient options should those hunger pangs appear.

Saida is famous for its sweets, particularly the sanioura, a crumbly biscuit that is often described as a cross between a shortbread and pavlova. Wandering around the souk there are numerous sweet shops with a variety of mouthwatering delicacies.

In need of refreshment after hours of wandering in the maze of alleys of the old city, you’ll stumble upon Sidaoui Cafe. This family owned café makes a great stop for a thirst-quenching cup of tea.

Local cafés across the street from the Sea Castle are another good stop have a bite to eat, play backgammon and experience a shisha.

For those wanting to taste a falafel, Abou Rami is a must. This small store is always full and the sandwiches are more than filling.

Getting There from Beirut

Getting to Saida by public transportation – mainly by mini-buses and service taxis – is easy. The main terminal is Cola bus station in southern Beirut.

Off The Beaten Path

About 3km north of Saida, on the banks of a river called Nahr el-Awali, lie the ruins of the Temple of Echmoun. It was dedicated to the Phoenician god of medicine and healing, the most revered in Saida at the time and one that was later equated with the Greco-Roman god Asclepius.

If you’re going on a day trip then take the time and go a bit further. Visit this sanctuary that holds a special place in the heart of the locals. It is believed that this sanctuary is where the Virgin Mary waited for Jesus while he went to preach in Tyre and Saida.