WHAT’S TRENDING ON LT
Beit Tamanna: a Dream Come True in Beirut
5 Things to Do in Akkar
5 Ultimate Spring Road-Trip Destinations
10 Things to Do in Chouf
5 Things Foreigners Should Do in Lebanon
The History Behind Beaufort Castle
Beirut’s Mesmerizing MIM Museum
10 Photos That Will Make You Fall in...
Mini Guide to Chtaura
10 Things to Do in and Around Zahle
BekaaCaves & GrottosExplore LebanonMini GuidesRegionsThemesWhere to Go 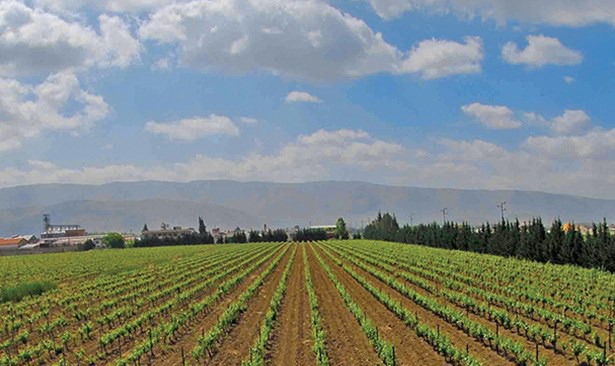 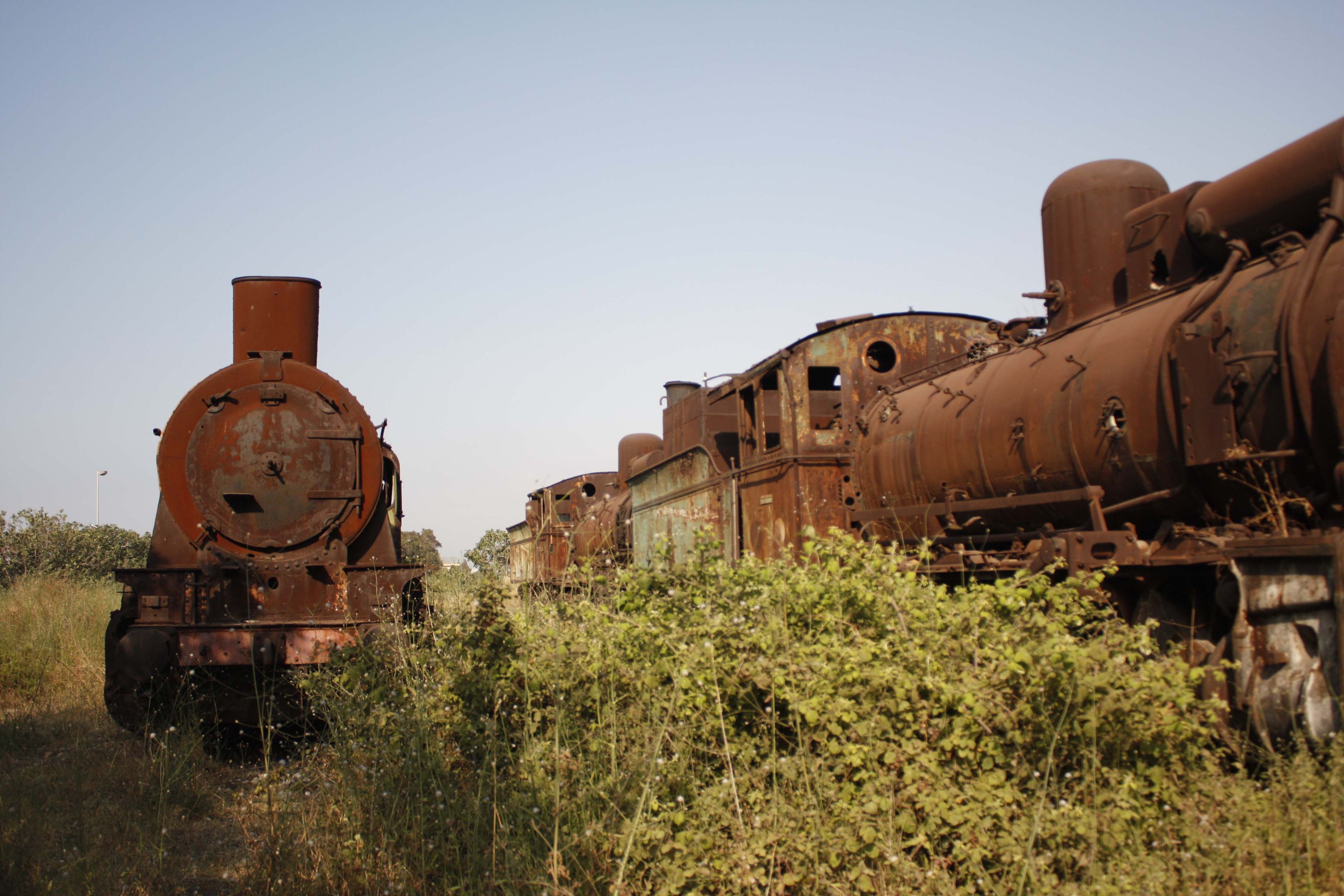 Years ago, the town of Rayak was a hub for traders and travelers. It was home to the Middle East’s first rail network, which ran  across Greater Syria from the port of Beirut until it closed in 1976. The site is not only a station but also a factory comprising approximately 70 buildings, including a locomotive garage, ticket office and a hotel. Although the area is covered in ruins, it is an interesting place for curious travelers and history enthusiasts. 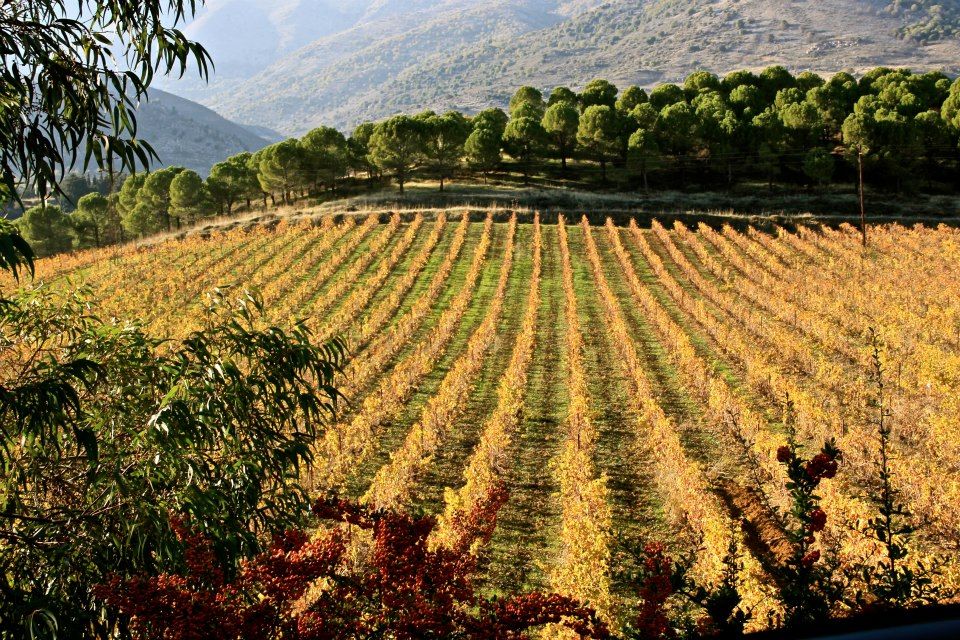 Zahle is famous for its wine and arak production. Whether it is Chateau Ksara, with its impressive 2km long cellars; Massaya, with its Sunday brunches and yoga classes; Domaine Wardy vineyards and horse stud across the Bekaa; Chateau Khoury, with its exceptional view over the valley; or Al Karram Arak, with its 100 years of family tradition, each winery represents a piece of the history. Domaine des Tourelles is the oldest commercial winery in Lebanon.

As for Château Kefraya, not only can you stock up on wine, but you can also enjoy a unique lunch at the winery. The list of wineries along the city’s wine route also includes: Château St. Thomas, Château Héritage and Château Qanafar. All wineries offer year-round guided visits, where the representatives of each winery will take you through their vineyards and cellars to discover their roots and philosophies, ending your journey with a tasting that is sure to satisfy your taste buds.

Like many buildings in this part of town, the hotel dates back more than 100 years and has retained many of its original features. The family-owned establishment has 10 bedrooms, six of which have private bathrooms.

Nestled in the dynamic heart of the city, the Grand Kadri is one of the best places to stay. The 19th century property offers guests impeccable service. Considered as a symbol of Lebanese architectural heritage, the hotel is among a few historical landmarks hotels that still remain in Lebanon.

For people willing to make the best out of their stay in Zahle, The Palace Hotel is an excellent choice; it is located near the souks and the vibrant hub of the city. This hotel is famous for its Beit el Set restaurant, which offers a great dining experience.

Auberge Braidy is a rustic house, built in 1958 with cozy rooms and authentic decor.

For something a little more unusual, Serenity Resort Zahle is the way to go. Perched on a hillside overlooking the Bekaa Valley, the resort boasts a serene panoramic view, with over 2,000 square meters of green space. 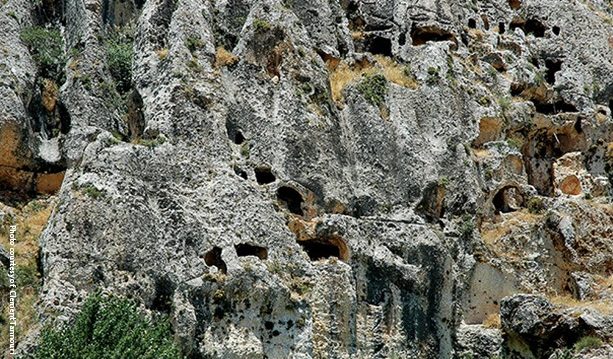 In the middle of the village of Niha lies a colossal Roman temple of the Syro-Phoenician God Hadaranes; the God of thunder, lightning, and rain, adjacent to a much smaller, non-restored temple, dedicated to Atargatis, Goddess of fertility.

One of the oldest villages in Bekaa, Furzol enchants hikers and adventurers with its magnificent caves. But before checking these out, take a look at the foundation walls — big stone blocks with carvings and inscriptions, which remain of a Roman temple. The caves, partially natural and partially man-made, are located just outside the town in the Wadi el-Habis, or Valley of the Hermit as the villagers call it. Numerous sanctuaries carved into the rock face, dating back to Roman and Byzantine times, can be explored by adventure seekers. And at the base of the caves are cafes and terraces where visitors can rest and have a bite.

Anjar represents one epoch and civilization: the Umayyad. It lies amid the richest agricultural land in Lebanon and is strategically located at intersecting trade routes. It is essentially the only example of an inland commercial center. Some monuments at the site have been restored, and today, it comprises a mosque, three palaces, a residential area and a public bath.

Tour Zahle’s park and enjoy the city’s vibes. Walking along the Berdawni River can also be a great idea. Even though Berdawni is mostly linked to unique food experiences, there’s a beautiful energy, especially during the festive period. 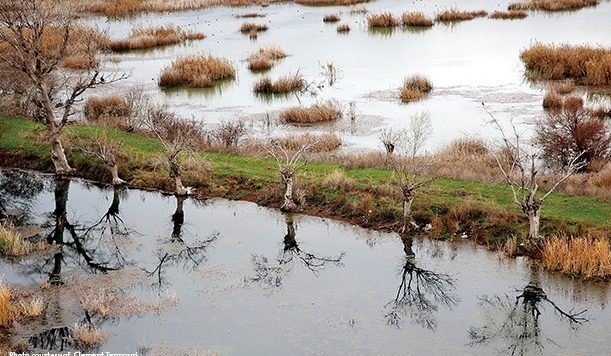 Kfar Zabad is a small village that’s not only famous for its ruins but also for its wetland. Every year, the wetland welcomes thousands of migratory birds that come to rest by the water before continuing their journey. In order to preserve the site, a law against hunting has been instated, and artificial water holes have been created. Visitors can enjoy a guided tour of the wetland. spnl.org 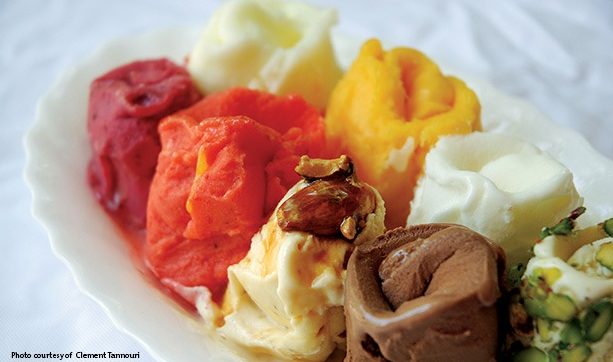 Traditionally, it used to take hours and hours to make authentic ice cream; the milk had to be boiled and then cooled down before mixing and beating with crushed ice and spices to add flavor. It was three generations ago that the Khalaf and Abou Sleiman families started producing such traditional Arabic ice cream with miskeh, sahlab, and milk curd, otherwise known as ashta, the most famous ice-cream flavor in the country.  Today, they still serve this authentic, hand-made ice cream in their shop in Zahle. Khalaf & Abou Sleiman, (zomato.com). 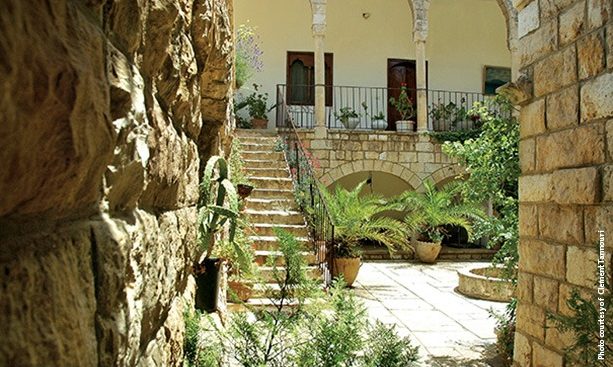 It is by wandering around Zahle that you can discover the charm of the city. The Geha House is a restored 17th-century house. Although a private home today, you can still appreciate its courtyard, garden and galleries. The house has a 1,400-meter-long underground tunnel that leads to St. Elias church and monastery (Al Tuwak). The monastery was built in 1755, while the church, also known as Al Moukhallasiah, was built in 1720 and was the second church built in Zahle, the oldest being Sayedit Zalzaly, built-in 1700 and standing at the heart of the city.

In the oldest part of the city, you can walk down the Souk al Blatt (or tiled market) where ancient travelers to and from Syria, Baghdad and Palestine used to trade their goods. Toward the east, you will find Housh El Zarani, a marketplace that used to bring together craftsmen, shops and caravansaries. It was an important commercial center for the trading of goods. Close to it is the monastery of Our Lady of Zahle, built-in 1720. Featuring the largest bell tower in Lebanon, it is revered for its magnificent icon of the Virgin Mary, a present from the King of Prussia. There is also a spectacular viewing platform that overlooks the city and is crowned with a 10-meter tall bronze statue of the Virgin Mary. Visible from nearly every spot in the city, this religious site is visited by people from all religions as it is among the top five pilgrimage destinations in Lebanon. 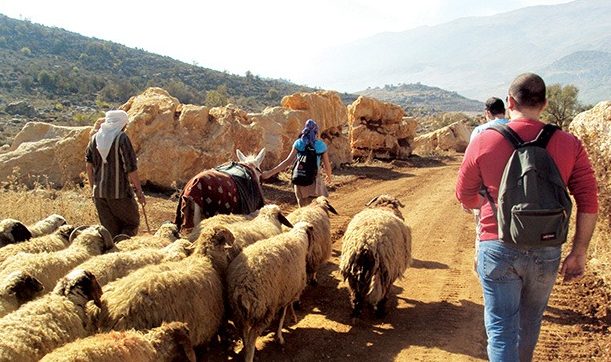 Zahle offers many activities for the entire family. You can hike through the mountains and villages to enjoy the landscape and numerous archaeological vestiges. exittonature.com

If you’re interested in rappeling, Zahle won’t disappoint you. However, most caves are vertical and cannot be entered without the assistance of professionals. speleoliban.com 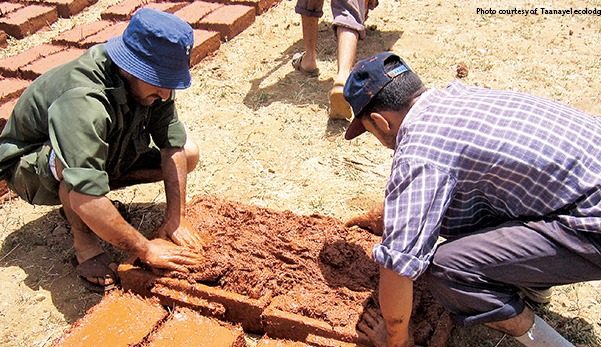 Arak distilled from grapes and anise is considered superior to similar hard liquors in other countries. In Niha, Fakhry and his family make their own arak in the family distillery. Lebanon considers arak its traditional alcoholic beverage, and the name Arak Zahlawi is given by the Lebanese to arak produced in Zahle.

To support its social commitment, the NGO Arc-en-Ciel has developed a whole concept with mud bricks and created a dayaa (village) accommodation site. One can, however, participate in the making of the mud bricks, and children can learn how to build small mud houses. 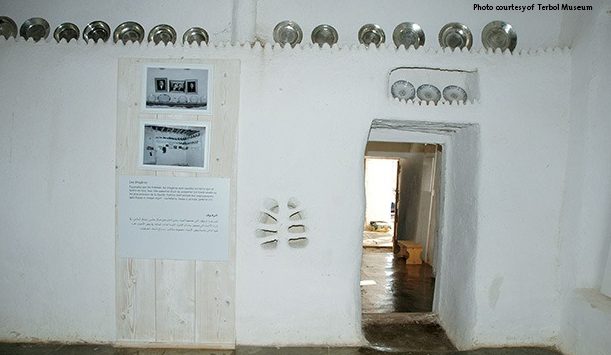 Visit from May to November:

Located 20 minutes by car from Zahle, the Terbol Museum is a refurbished rural farmhouse standing at the heart of the village. Reflecting a traditional way of life, the museum displays archaic agricultural tools and household utensils alongside temporary photography exhibitions of local and international artists that showcase the variety and wealth of the region’s culture.

This article was written in collaboration with Carmen Nohra.