Kassem Abu Ruslan has been working with wicker his whole life. His specialty? Chairs. We go back to the source to discover this dying handcraft that is slowly being replaced by mass production.

“I was poor and I needed something to do to make money. Working with wicker and rattan was the first opportunity given to me. However, as I was learning, I discovered not a passion for the craft but rather that I had what it takes to understand it… I had the talent for it,” Abu Resslan tells us as he sits in his workshop at Corniche el Mazraa.

“The best thing about rattan and wicker is that you can shape them any way you like… it is not hard to bend the material to make it fit the designer’s imagination,” he continued.

If the design has evolved, the technique itself is still the same. Building a chair begins by creating its mainframe using the thick rattan canes. Bending the canes is quite an easy process – just heat and shape. “One of our most valuable tools is our knees,” says Abu Resslan laughing, “and when the knee is not enough, we use the bending tool.” The rattan bends easily to the heat and does not need much time to cool off.

Once the mainframe is done, the craftsman proceeds to add the wicker canes that will be used as a weaving frame. Later he will weave in the wicker using a specific pattern. To complete a chair, one will need about two and a half days.

“Learning the craft is not difficult, but the work is tedious. If the craftsman has a vision, he can do anything with it… from baskets and beds to chairs, tables and so much more.” 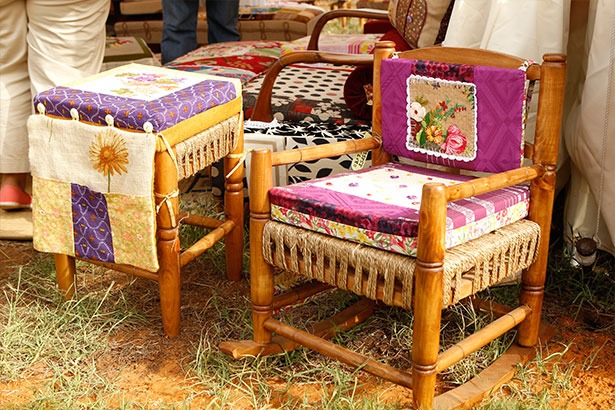 Another use of wicker and rattan is for chair seats. Some traditional chairs are made of wood and only their seat is made of weaved straw. Here again, the technique has not changed since it began. To make the seat, a chair weaver uses something called an “Indian rope” to weave around the chair frame.

Of course, no matter how well crafted the seats are, they could come apart, mainly due to the pressure put on the chair by sitting or standing on it. Back in the day, a chair weaver would roam the village every now and then to pick up broken chairs and repair them. They would carry the chairs with them calling for those in need of repair to hand in their broken seats. The craftsman would return the repaired chairs a few days later, and, apparently, the walking repairmen were always blind.

In this sense, the tradition is still alive. Schools for the blind continue to teach the craft of weaving as a means of income for the visually impaired. In fact, it is Abu Resslan’s morning job to do so.

“I believe that this craft is like painting and sculpting… You are only limited by your imagination. But, the craft will die as its professionals die, if no one learns it anymore.”

They are adding their touch to the traditional craft. Some are using the same weaving techniques with different materials to create colorful seats, while others have taken it upon themselves to create accessories that complement the traditional chair. 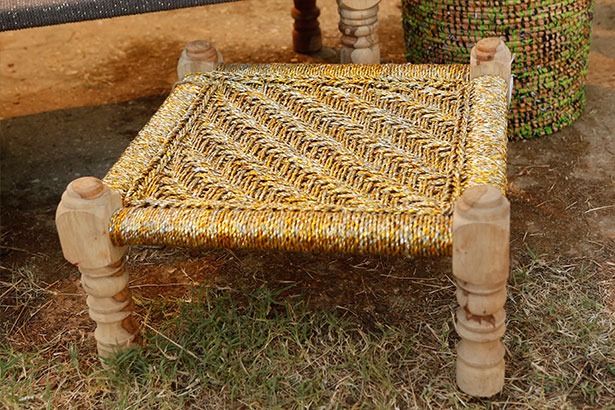 10 Things to Do in Zahle